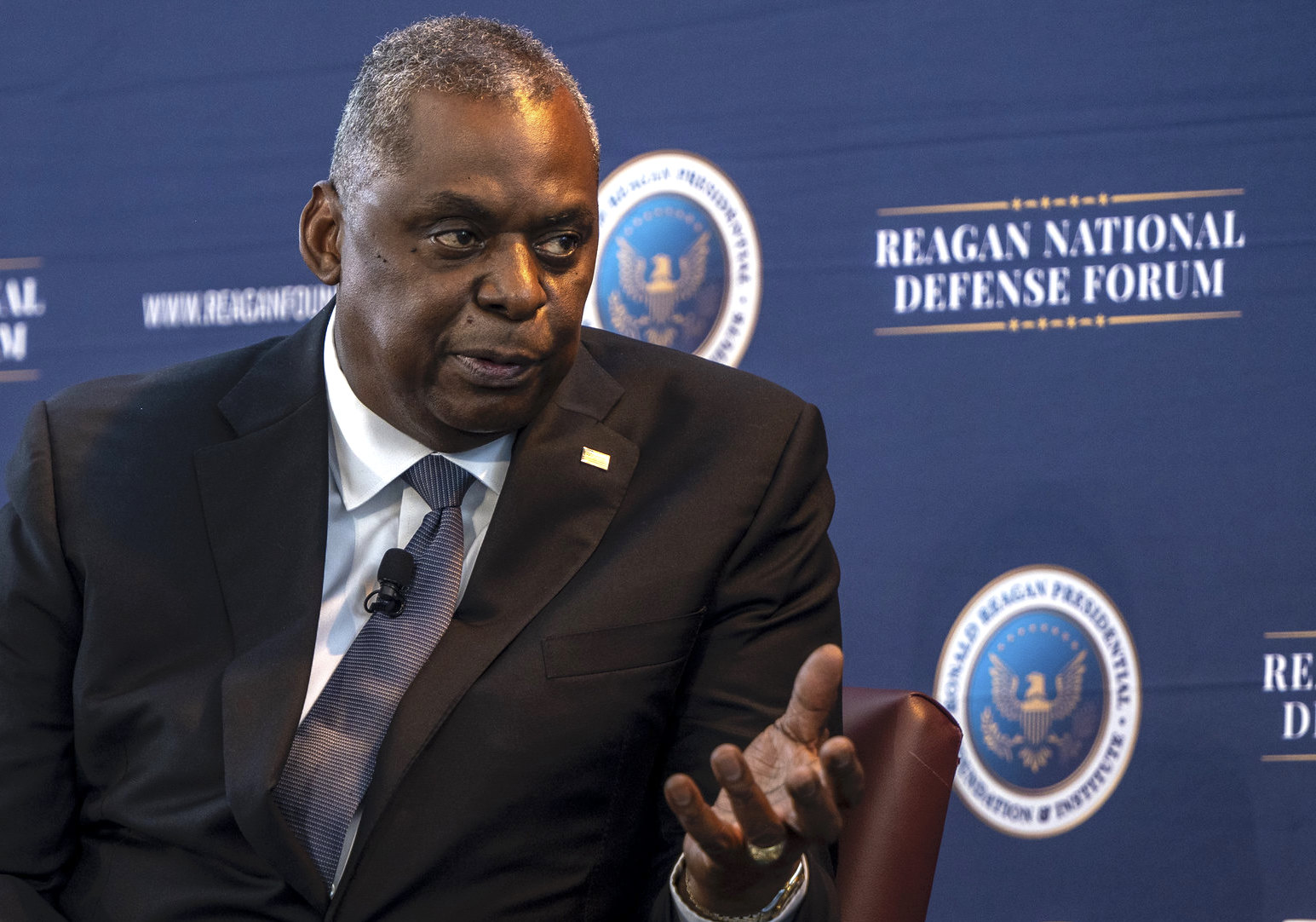 Defense Secretary Lloyd Austin is warning Congress that an extended stopgap bill to keep the government funded would have “enormous” effects on the Pentagon.

In a statement released Monday, Austin argued that a one-year CR would be equivalent to a budget decrease for Fiscal Year 2022.

“While the short-term CR passed by Congress was a necessary measure to keep the government open and provide additional time to reach agreement on full-year appropriations bills, some have even suggested a CR could last an entire year, an unprecedented move that would cause enormous, if not irreparable, damage for a wide range of bipartisan priorities – from defense readiness and modernization, to research and development, to public health,” Austin said.
“A full-year CR would be a fiscally unsound way of funding the Department of Defense and government as a whole. It would misalign billions of dollars in resources in a manner inconsistent with evolving threats and the national security landscape, which would erode the U.S. military advantage relative to China, impede our ability to innovate and modernize, degrade readiness, and hurt our people and their families. And it would offer comfort to our enemies, disquiet to our allies, and unnecessary stress to our workforce.”

Austin’s statement comes after President Biden on Friday signed a second continuing resolution for FY 2022 that keeps the government funded through Feb. 18, 2022, as lawmakers work on the appropriations bills. Congress failed to pass the FY 2022 spending bills before the expiration of the first CR, which funded the government through Dec. 3.

Under a continuing resolution, the Pentagon’s funding levels are restricted to the pervious year’s levels and the Defense Department cannot spend money on new-start programs.

In his statement, Austin said a year-long CR would affect the military’s ability to provide troops with a wage increase, hold up military construction efforts and stall new program and technology initiatives like hypersonic weapons.

“It would mean that providing the 2.7 percent pay increase the President proposed and they so richly deserve – as well as housing allowances and other new benefits – would come at the expense of suspending many of their change-of-station moves and force us to limit the numbers of new recruits we bring in. And it would result in over five billion dollars in cuts to our operating accounts, too, hurting the readiness of our troops and curtailing our ability to cover the health-care needs of military families,” Austin said.

“More than 100 military construction projects – many of which directly impact the quality of life of our people – would also be delayed if Congress maintains current funding levels under a full-year CR,” the defense secretary added. “And make no mistake about it, the impacts of those delays would be felt not only across the Department, but also in local communities around the country as job opportunities are lost and revenue for local businesses diminishes.”

The Navy has provided few details on how the CR could affect its programs and has yet to disclose whether it sent over a list of anomalies, or waivers, to Capitol Hill.

“The Navy is assessing the impacts of the recently passed legislation. The longer the continuing resolution lasts, the greater the impact on Navy programs and our people. We need predictable and stable funding to ensure we can continue to support our readiness and we remain hopeful that the FY22 defense bills are passed prior to the end of the Continuing Resolution,” Navy spokeswoman Lt. Katie Diener said in a Friday statement.

House Armed Services Committee Chairman Rep. Adam Smith (D-Wash.) at the Reagan National Defense forum over the weekend said it’s a “50-50 call” as to whether lawmakers pass the appropriations bills by the time the current CR expires.

“I mean it’s clear what we’re going to try to do – most important thing is between now and Feb. 18th to get all of the appropriators in a room and actually start negotiating,” Smith said. “You cannot start negotiating from the premise of, ‘you have to agree to everything I want and then we’ll sit down and talk.'”