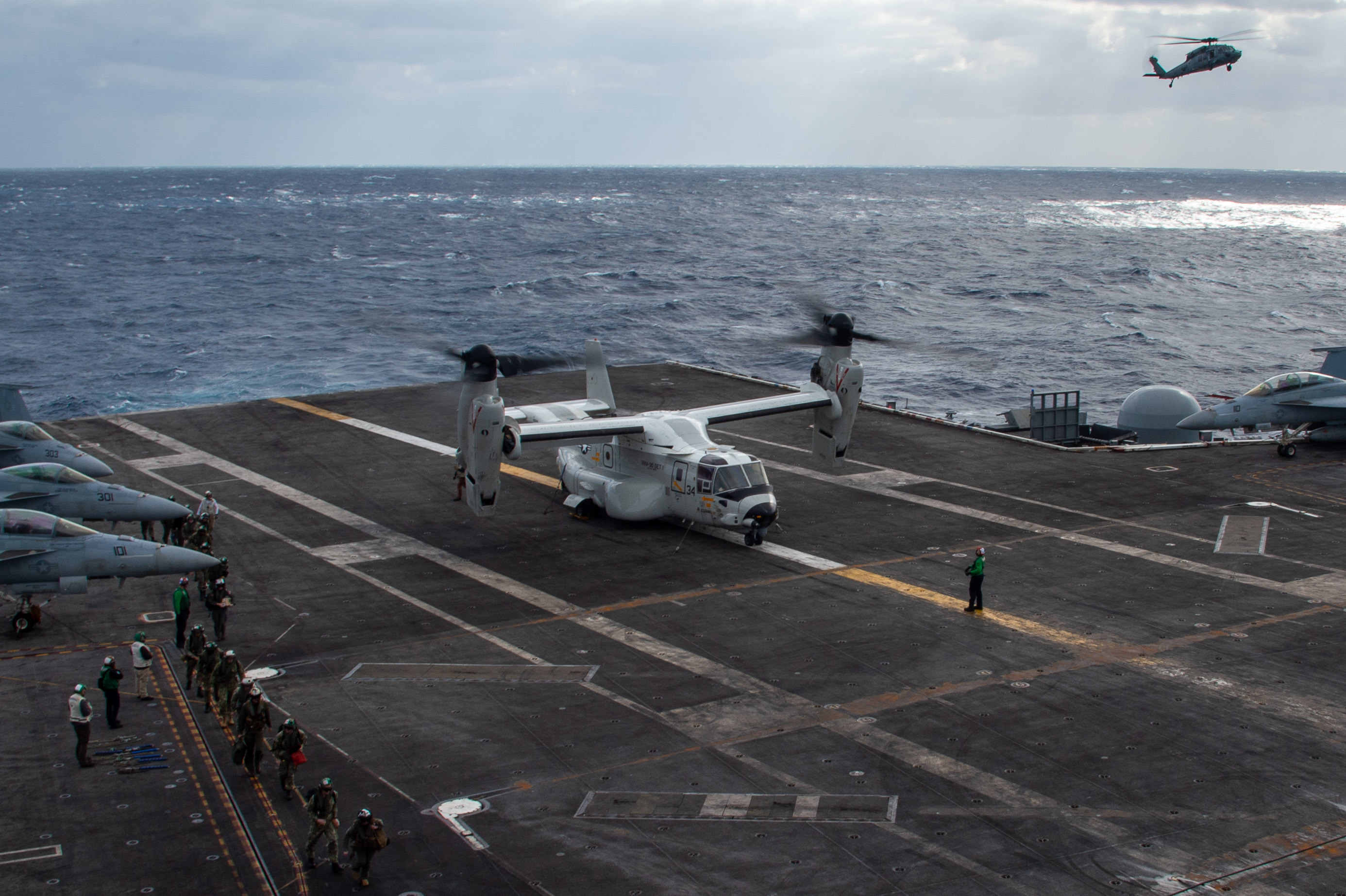 KUALA LUMPUR, Malaysia – The U.S Navy this week completed exercises in the Philippine Sea with multilateral partners and an exercise with Malaysia in the Malacca Strait.
The multilateral ANNUALEX exercise hosted by the Japan Maritime Self-Defense Force concluded on Tuesday. The drills also included the German Navy, the Royal Australian Navy and the Royal Canadian Navy.

The German Navy participated with frigate FGS Bayern (F217), the RAN with destroyer HMAS Brisbane (D41) and frigate HMAS Warramunga (FFH152), and the RCN with HMCS Winnipeg (FFH338). Prior to the exercise, Warramunga and Bayern were on separate monitoring and surveillance patrols in the East China Sea in support of United Nations sanctions on North Korea.

The JMSDF also held an exercise with destroyer JS Abukuma (DE-229) and Peruvian Navy corvette BAP Guise (CC-28) on Monday in the East China Sea. Guise is the former Republic of Korea Navy corvette ROKS Suncheon (PCC-767), which was formally transferred over to the Peruvian Navy on Nov. 26 at the Jinhae Naval Base in Korea in a ceremony attended by the Korean Navy Chief of Naval Operations Adm. Boo Suk-jong and Peruvian Navy Commander-in-Chief Adm. Alberto Alcalá. Guise is the second Pohang-class corvette transferred to the Peruvian Navy. BAP Ferré (CM-27), formerly ROKS Gyeongju (PCC-758), was transferred in 2015. Guise is currently in Yokosuka for a replenishment stop before continuing its voyage home, with the ship expected to arrive in Peru the first week of January 2022. 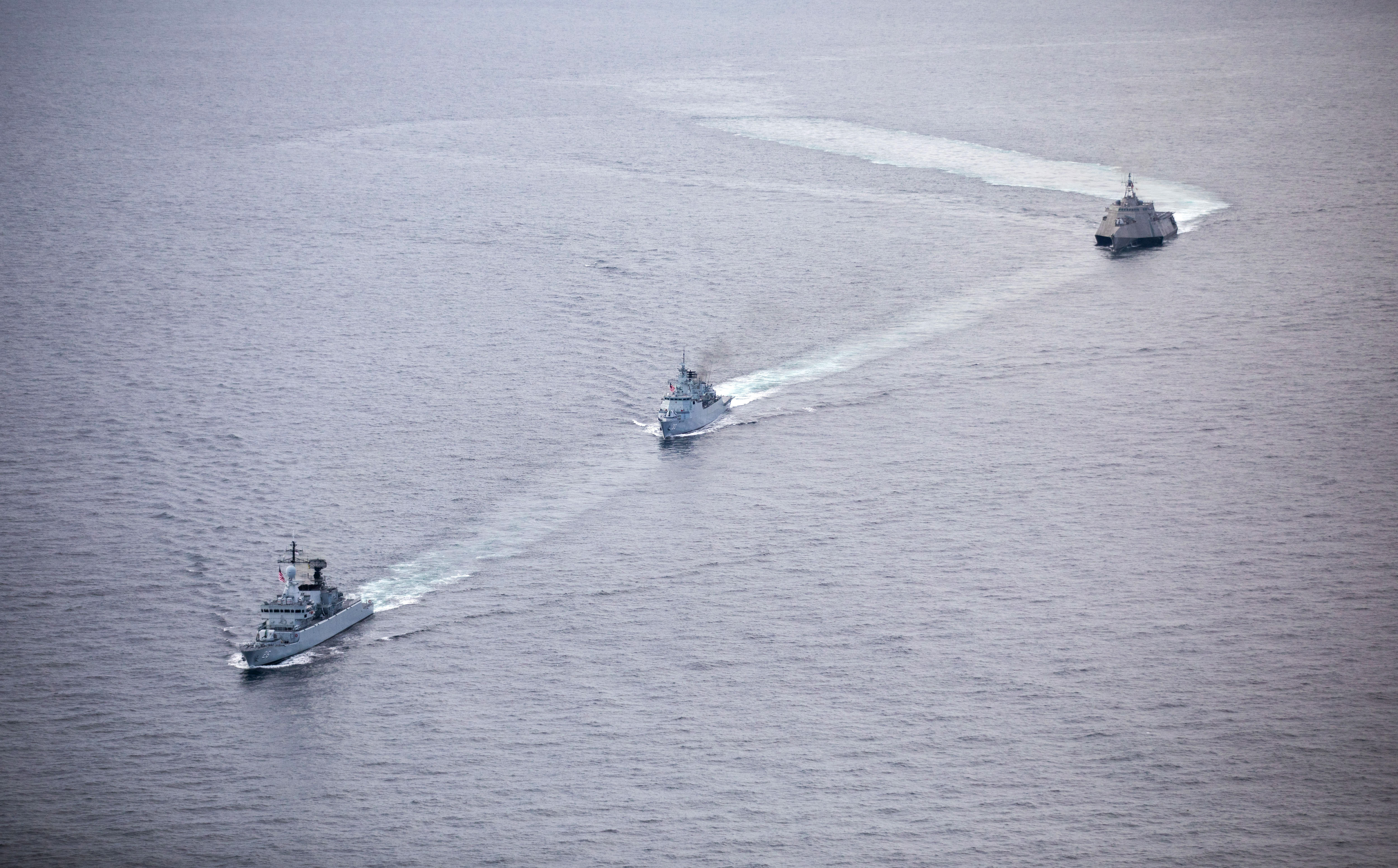 Over in the Malacca Strait, the U.S Navy and the Royal Malaysian Navy concluded Maritime Training Activity (MTA) Malaysia 2021 on Tuesday. The U.S. Navy participated with the Littoral Combat Ship USS Tulsa (LCS-16) and a P-8A Poseidon, which staged out of the Royal Malaysian Air Force Butterworth in Malaysia. The Royal Malaysian Navy sent frigate KD Lekiu (FFGH30) and corvette KD Lekir (FSG26) for the drills. MTA Malaysia is part of the Cooperation Afloat Readiness and Training (CARAT) exercise series. The U.S. already completed the Indonesia and Brunei phases of the series earlier in November. MTA Malaysia resumed this year with safety mitigation measures after being cancelled in 2020 due to restrictions caused by the COVID-19 pandemic.

Meanwhile, in Indonesia, Russia began its first-ever naval exercise with the Association of South East Asian Nations (ASEAN). The focus for the exercise, known as ASEAN – Russia Naval Exercise (ARNEX) 2021, is “Joint Actions to Ensure the Safety of Maritime Economic Activity and Civil Navigations.”

The exercise will continue through Dec. 3 in Indonesian territorial waters off the coast of North Sumatera. Destroyer RFS Admiral Panteleyev (548) will represent Russia, which is the third country after China and the U.S. to hold naval exercises with the regional body. China conducted exercises with ASEAN in 2018 and 2019, while the U.S. held one in 2019. Neither country has participated in additional exercises with ASEAN since 2019 because of the pandemic.

In other developments, Russian Navy corvette RFS Gremyashchiy (337); submarines RFS Petropavlovsk-Kamchatsky (B274) and RFS Volkhov (B603); tanker RFS Pechenga; and tug RFS Alatau are making their way through the Sea of Japan. The corvette and submarines were previously part of the Russian Navy’s Baltic Fleet and are now en-route to their new home bases as part of Russia’s Pacific Fleet. They linked up with the two support ships prior to making a port call in Manila, Philippines, on Nov. 16. The Russian ships were sighted 170 kilometers south of Iriomote Island at 4 p.m. on Nov. 23 and subsequently moved north in the sea area between Okinawa and Miyako-jima, according to a Tuesday news release from the Joint Staff Office of the Japan Self-Defense Force.