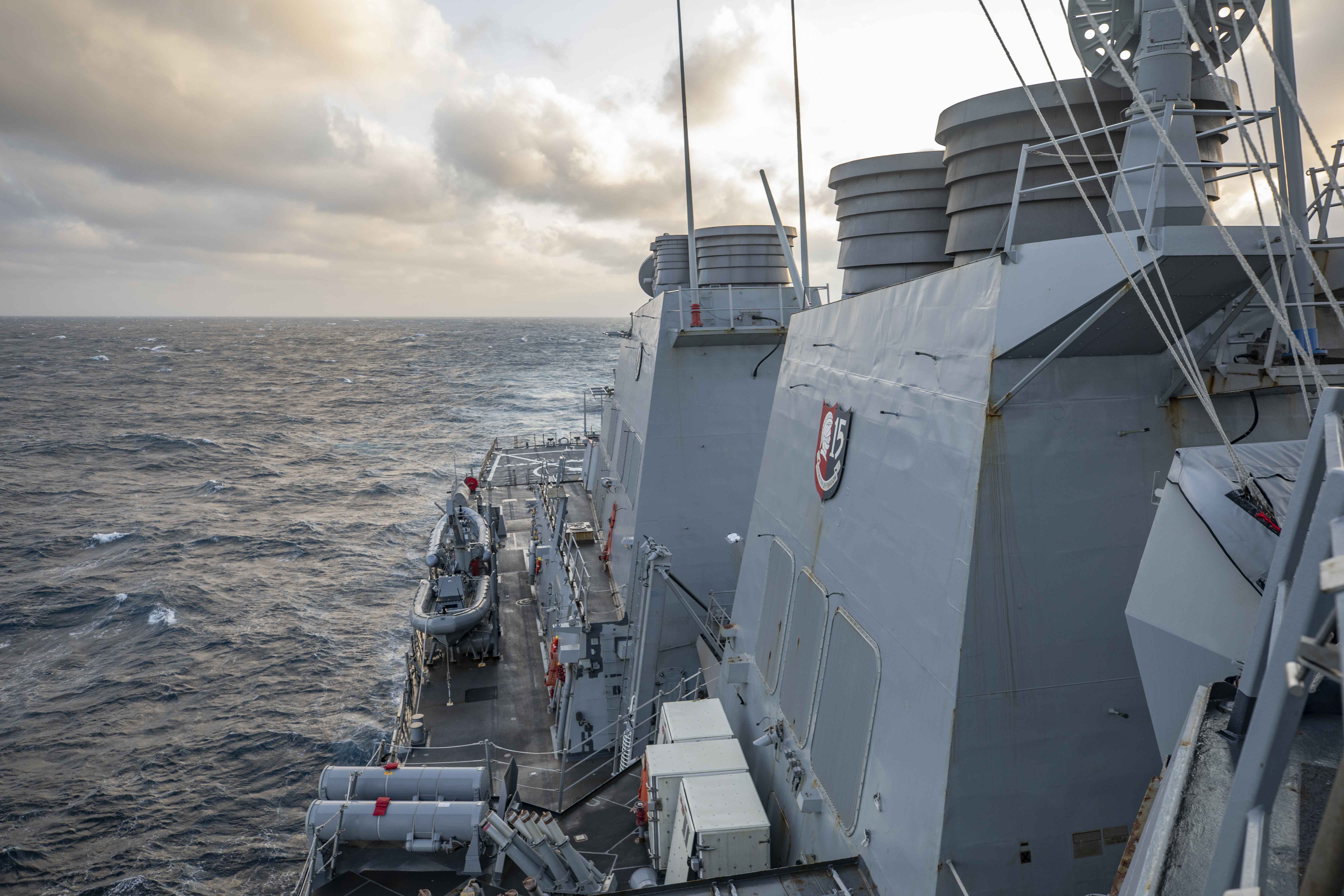 A U.S. Navy guided-missile destroyer moved through the Taiwan Strait on Tuesday, the service announced.

A spokesperson for U.S. 7th Fleet confirmed to USNI News that USS Milius (DDG-69) initiated the transit on Monday and finished on Tuesday.

Multiple U.S. Navy destroyers have performed Taiwan Strait transits throughout this year, with near-monthly transits of American warships through the waters for much of 2021. Some of those transits have received protests from China, which routinely criticizes U.S. strait transits and freedom of navigation operations in the region.

USS Curtis Wilbur (DDG-54) performed a Taiwan Strait transit in May that received protests from Chinese officials, USNI News reported at the time.

In July, the U.S. Navy denied a claim from China that it chased an American destroyer out of the South China Sea. USS Benfold (DDG-65) at the time had performed a freedom of navigation operation near the Paracel Islands, to which China, Vietnam and Taiwan have all staked claims.