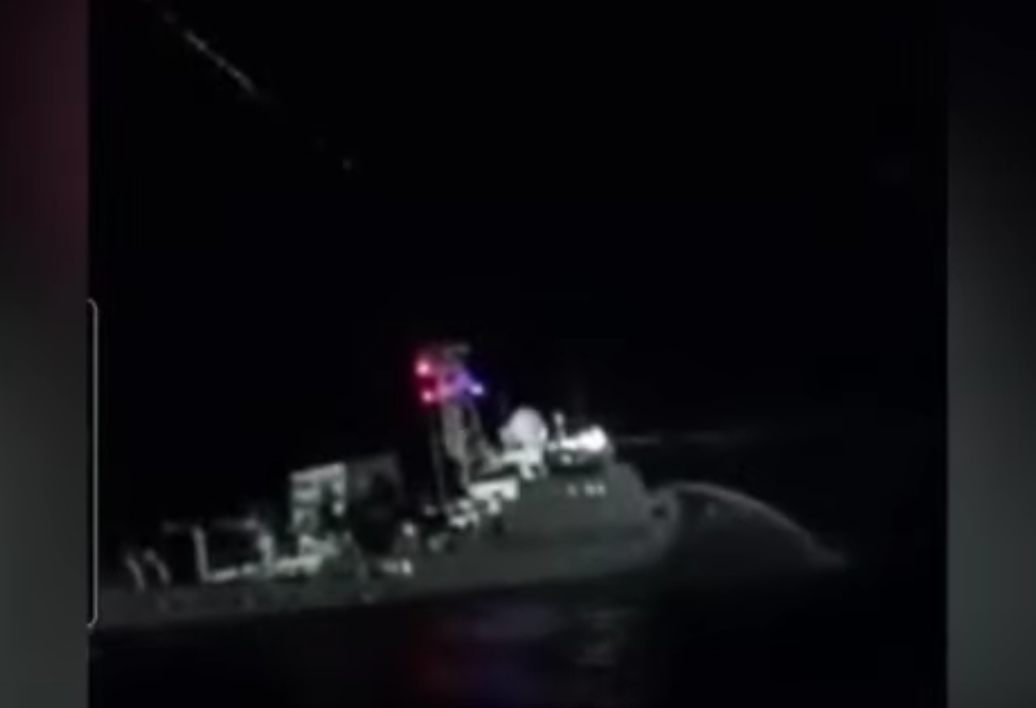 The incident, which occurred on Tuesday Manila time, forced the two civilian ships to abort their resupply mission for the Philippine military and marked Beijing’s escalation of its harassment of vessels in maritime waters where it disputes Philippine ownership, officials in Manilla said. The Philippine military had chartered the two boats to bring supplies to its troops in the Second Thomas Shoal.

The attack on Filipino boats Unaiza Mae 1 and Unaiza Mae 3 occurred inside the Second Thomas Shoal, which is within the Philippines’ Kalayaan Island Group, and lasted for at least an hour. The attack broke the outrigger of one of the boats, prompting both to head back to the nearest island of Palawan.

WATCH: 2 Philippine vessels on a resupply mission to Ayungin Shoal were blocked and water-cannoned by Chinese Coast Guard last Nov. 16.

While the Armed Forces of the Philippines has not commented on the incident, it happened during its biggest land, sea and air exercise, AJEX-Dagit. It also coincided with the conclusion of bilateral talks between the United States and the Philippines in Washington D.C., where both declared that the Mutual Defense Treaty between the two countries covers attacks in the South China Sea.

According to National Security Adviser and head of the National Task Force for the West Philippine Sea (NTF-WPS) Hermogenes Esperon, two Chinese Coast Guard vessels blocked the two Filipino boats that were on the resupply mission, while a third Chinese Coast Guard ship water-cannoned the two boats for at least an hour.

However, a military official with jurisdiction over the shoal said it was the two Chinese Coast Guard ships that attacked the two boats, while the third Chinese vessel stayed at the mouth of the shoal, apparently serving as a guard.

In the past, China has intimidated and attacked Filipino fishing boats inside Philippine maritime waters that it disputes and harassed resupply missions to Filipino troops guarding the Second Thomas Shoal. But this is the first time that China attacked a supply mission for the military.

Officially, Philippine military leadership remained quiet on the incident and on the aborted mission for the soldiers aboard the partly sunken BRP Sierra Madre, which they are using as an outpost to watch the shoal. The

Locsin said he had lodged a diplomatic protest against Beijing and expressed the Philippines’ “outrage, condemnation and protest” at the incident.

“The acts of the Chinese Coast Guard vessels are illegal. China has no law enforcement rights in and around these areas. They must take heed and back off,” he added.

Locsin said he reminded China that a ”public vessel is covered by the Philippines-United States Mutual Defense Treaty.”

According to Esperon, a week before the attack, the government had noticed the unusual rise in the number of Chinese maritime militia vessels at the Second Thomas Shoal and in Pagasa Island in the West Philippine Sea.