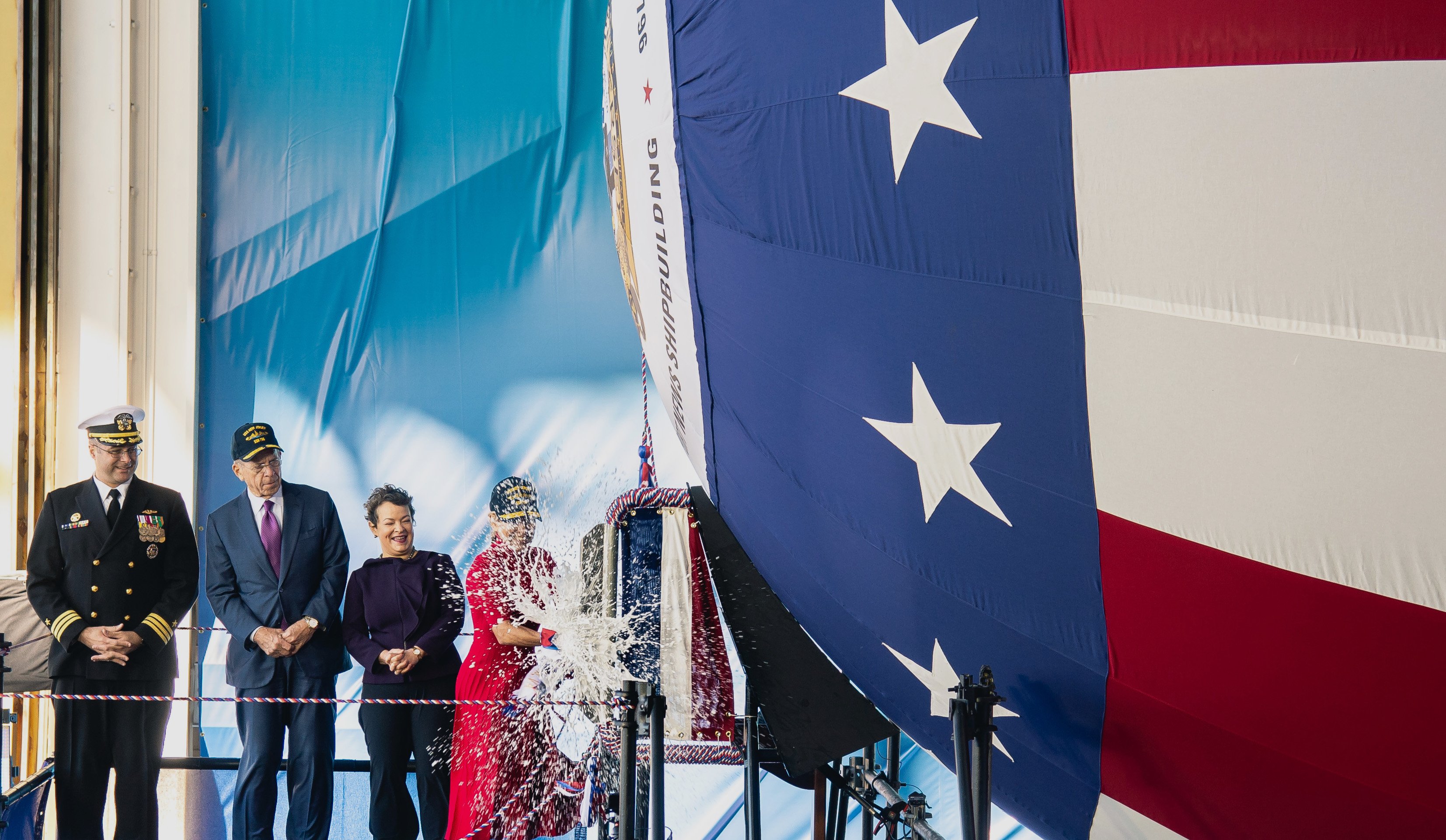 NEWPORT NEWS, Va. — Nuclear attack boat New Jersey (SSN-796) was christened on Saturday as shipbuilder Newport News continues to recover from the effects the COVID-19 pandemic has had on submarine construction.

“During COVID last year, we did have to make some prioritization decisions based on a significant reduction of our workforce here, and we prioritized through collaboration with the Navy, really the vessels that were closest to delivery,” Jason Ward, Huntington Ingalls Industries’ vice president of Virginia-class submarine construction, told USNI News on Friday at the shipyard.

Builders Newport News and General Dynamics Electric Boat each build components of the Virginia-class submarines and barge the sections to each other’s yard for final assembly.

According to a June report from the Government Accountability Office, eight of the ten Block IV Virginias have been delayed about four months on average and put follow-on Block Vs at risk.

The yards “stated that the overall increase in submarine workload and resulting increase of inexperienced new hires at both the suppliers and the shipbuilders, along with long-term challenges meeting staffing levels, are driving these unfavorable cost trends for both blocks,” reads the GAO report. 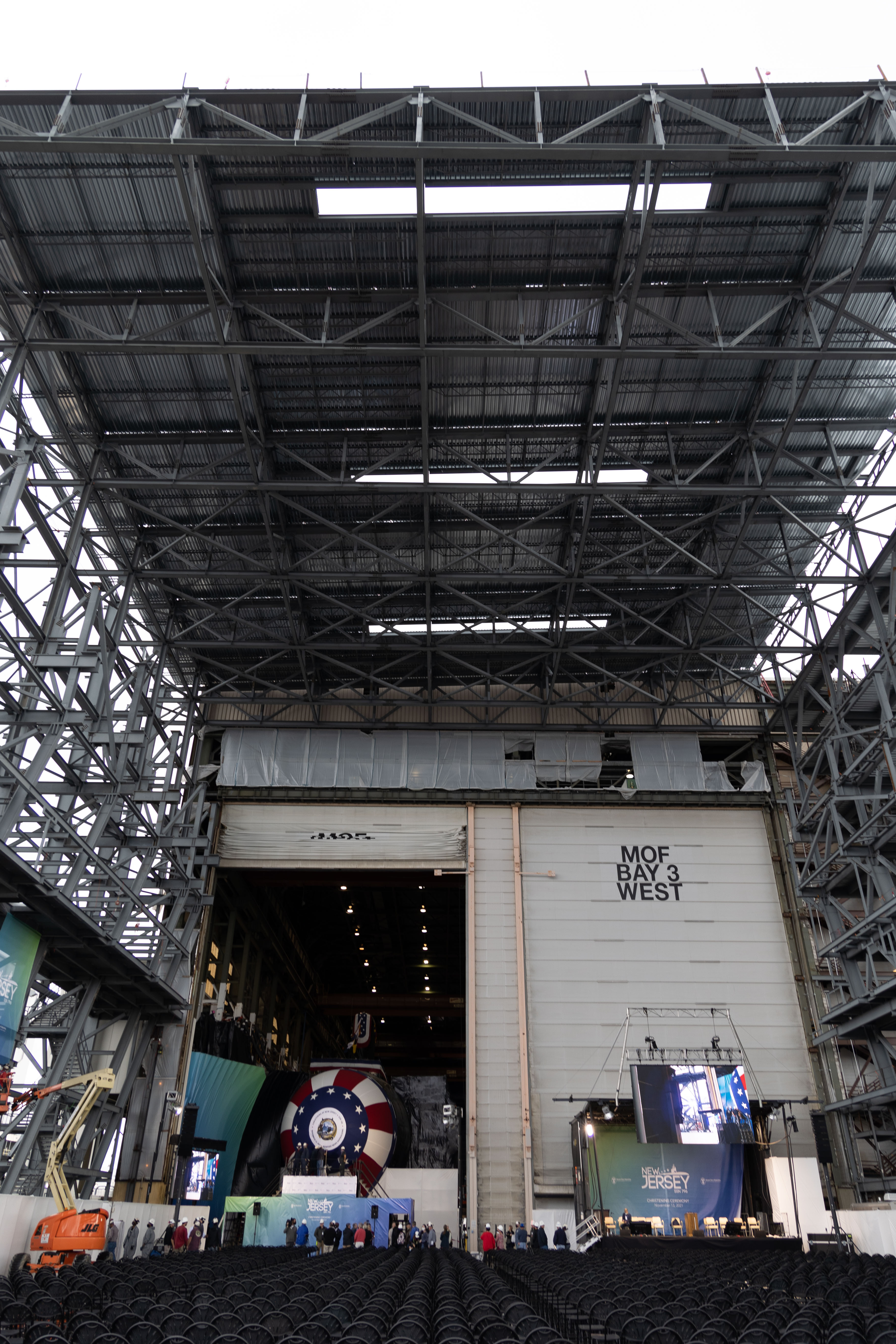 Both yards are balancing the boats under ongoing construction with the demands of Columbia-class submarine production.

“The important part of the Virginia program is really about cadence,” Ward said. “Two [boats] per year is really what enables a six-month build cadence that supports efficiency, learning curve [and] cost advantages [for] a stable production.”

To that end, EB, HII and the Navy are taking an integrated approach to building Navy’s nuclear submarines and aircraft carriers, Ward said.

“Coupled with that strategic initiative is the support from Congress with supplier development funds to invest in industrial capacity and capability to support the increased demand for these weapons systems,” Ward said.

The two yards have studied the capital investment needed to produce three Virginia-class submarines a year. Ward said expanding the yard to reach that goal would take four to five years. 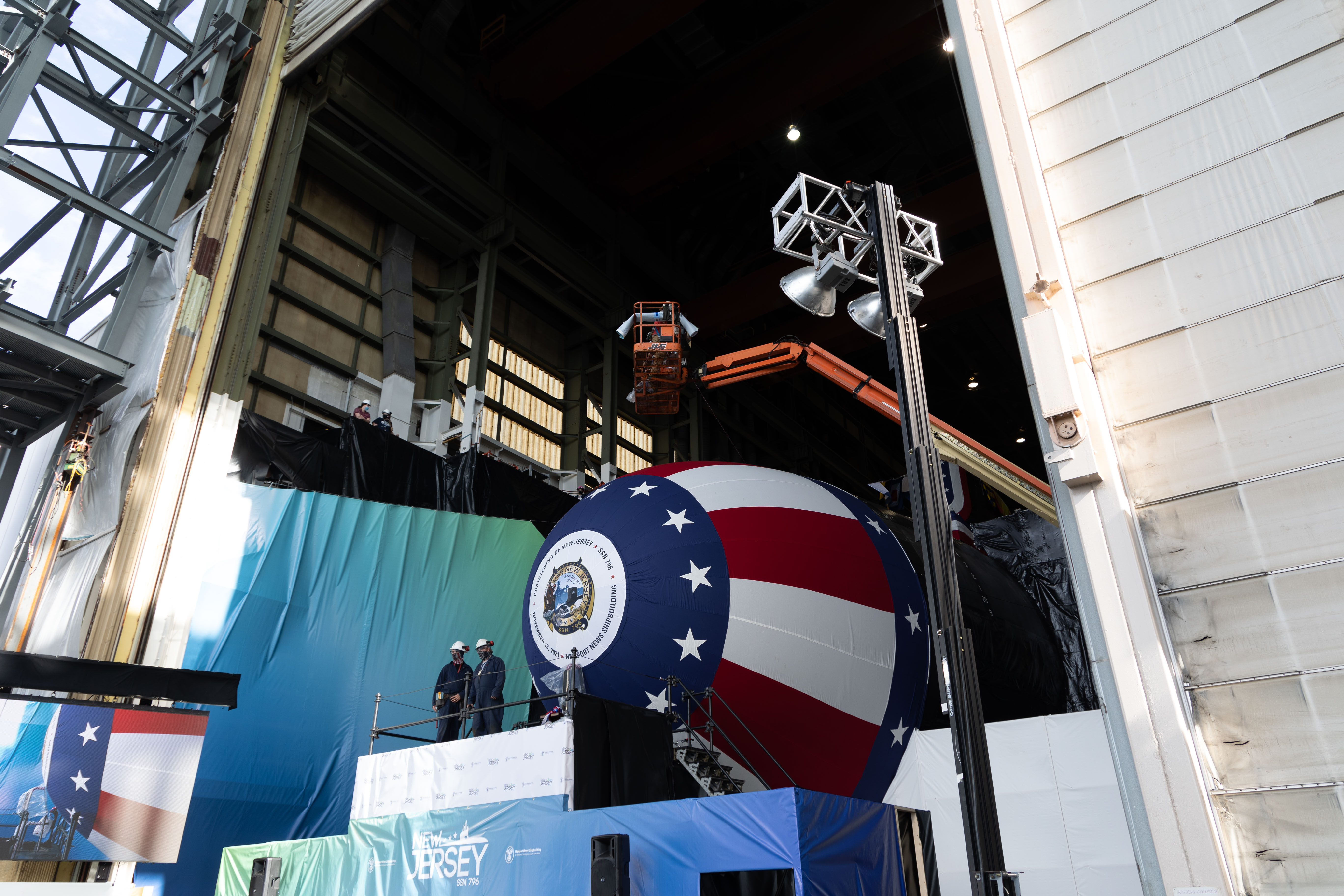 Attack submarines are a key advantage the U.S. has over geopolitical strategic competitors China and Russia.

“New Jersey and her sister ships will fill an ever-increasing need to counter Russia in the Atlantic, and China’s growing anti-access threats in the western Pacific,” Vice Adm. Johnny Wolfe, the head of the Navy’s Strategic Systems Programs, said in a speech during the ceremony.

“Why is each submarine we build more capable than the one before it? The answer is, it’s because our adversaries are working tirelessly to do the same,” he added.