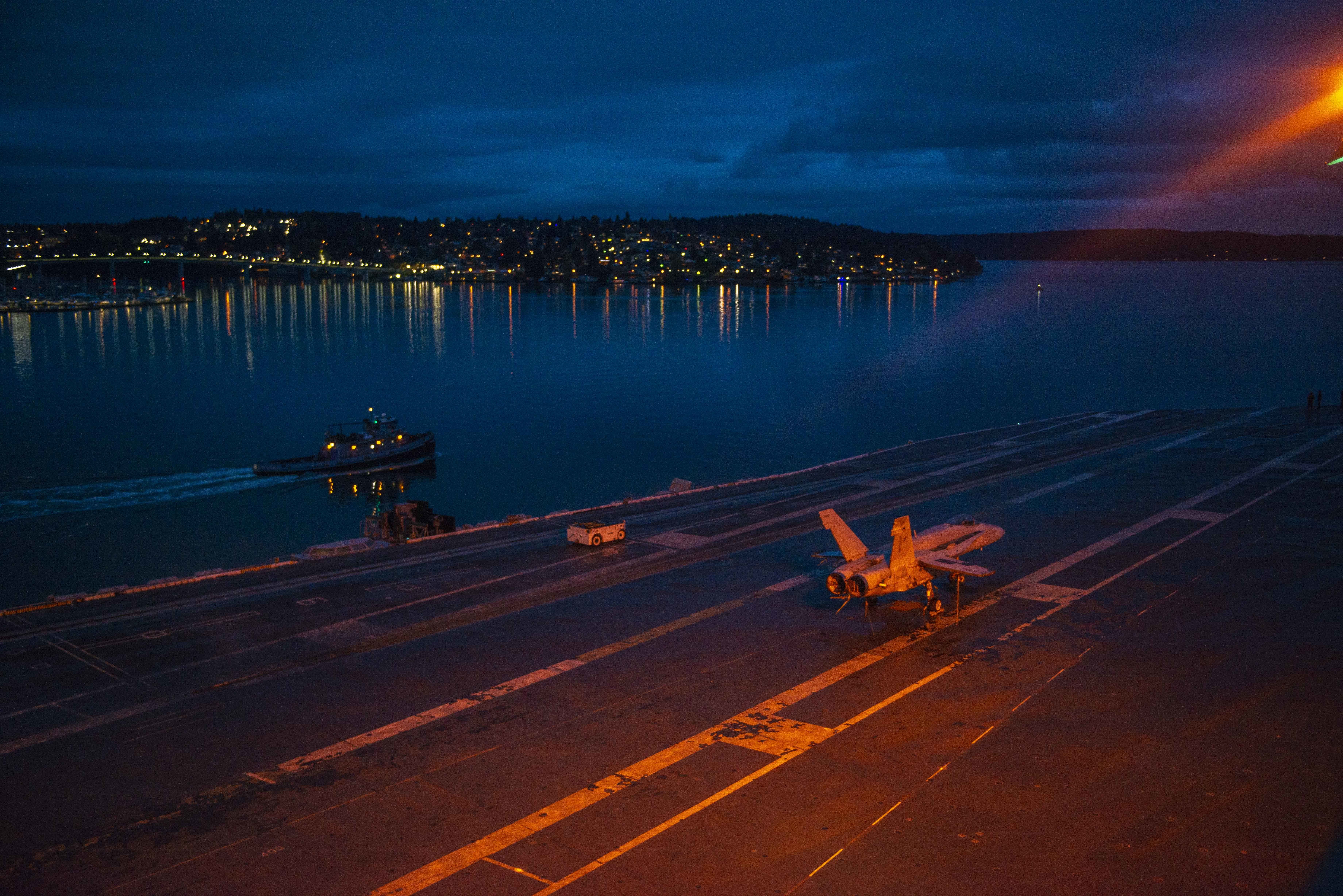 Aircraft carrier USS Nimitz (CVN-68) is back in port after its propulsion plant experienced “a minor material deficiency,” according to the Navy.
“On Nov. 7, 2021, USS Nimitz (CVN 68) identified a minor material deficiency in the propulsion plant during normal operations while transiting in international waters off the western coast of the continental United States,” Cmdr. Zach Harrell, a spokesperson for Naval Air Forces, said in a statement. “The ship’s crew took action to address the deficiency and the ship returned to port. The deficiency posed no risk to the ship, the propulsion plant, the ship’s crew, or the environment.”

Nimitz had been in a maintenance period in Bremerton, Wash., since returning home in March from a lengthy deployment.

The carrier first left port on Saturday, according to The Kitsap Sun, meaning the crew found the propulsion plant deficiency a day after it got underway.

“Puget Sound Naval Shipyard & Intermediate Maintenance Facility will conduct a full assessment and conduct any necessary repairs prior to the ship’s next underway period,” Harrell said in the statement.

Aside from the reactor issue, the planned maintenance and sea trials to test the repairs have been completed, Harrell said.