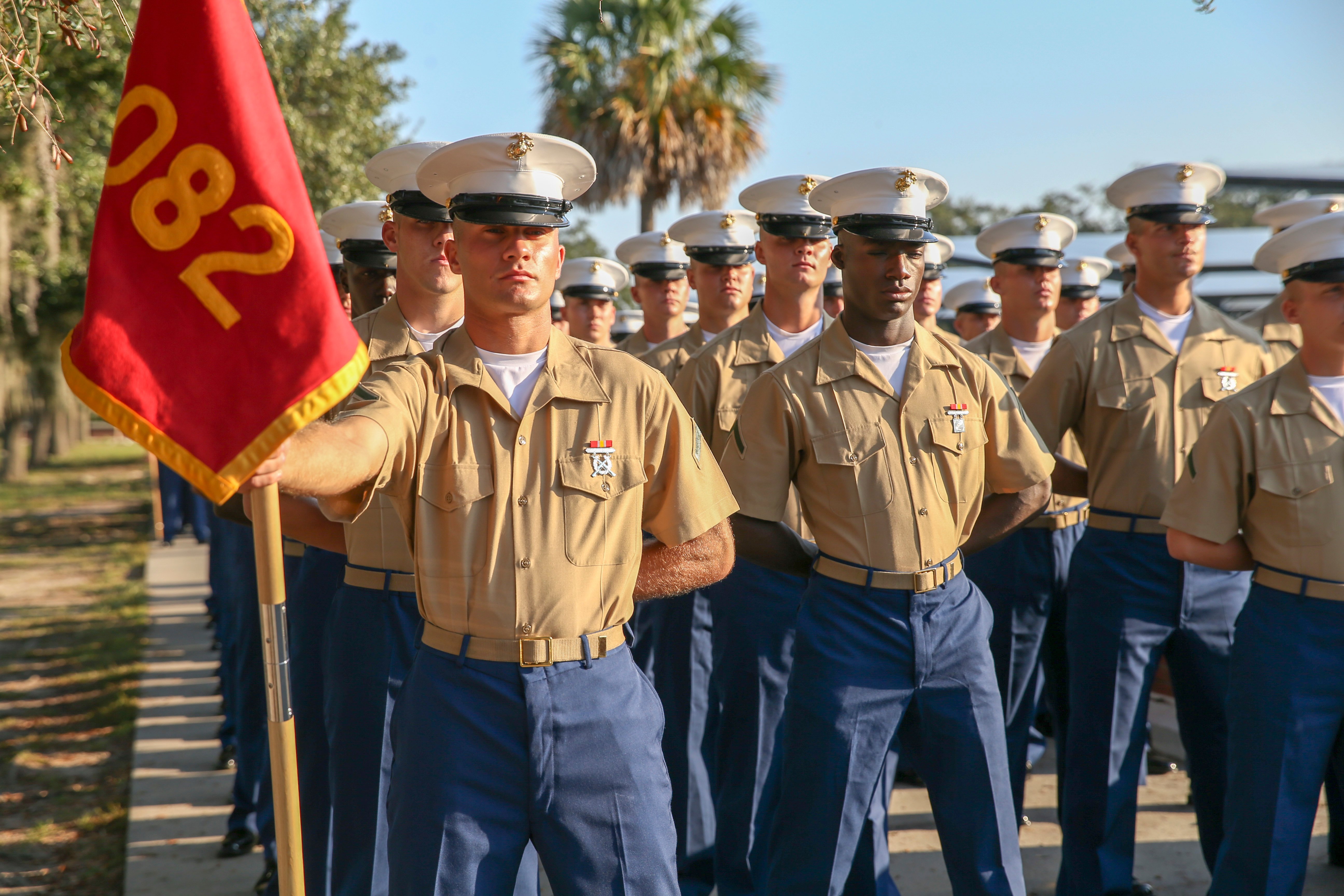 The Marine Corps will undertake a multi-year shift from its signature high turnover and young force approach to new ways to recruit more seasoned talent and retain Marines.

For the past 35 years, the Marine Corps took an industrial approach to the force, with the idea of having more young, fit Marines serving for a short period of time. That approach worked for the Marines in the past, said Commandant of the Marine Corps Gen. David Berger. It will not work going forward.

Instead, the Marines Corps will look at the ability to recruit from an older, more seasoned population through lateral positions, in addition to younger recruits out of high school and college, and ways to keep Marines from leaving through changes to parental leave, promotions, education and permanent changes of station. The objective is for these changes to allow the service to meet the goals of its Force Design 2030, Berger’s overhaul of the Marine Corps that envisions Marines operating on islands and shorelines across regions like the Indo-Pacific.

Going forward, the service will ask more of its Marines, Berger told reporters Tuesday. Every person will need to have multiple skills.

Taking a new approach to personnel is a multi-year process, which means the Marine Corps needs to begin implementing changes now.

With people leaving the Marines, either through the blended retirement system or choosing not to re-enlist, the industrial model is going to collapse, Berger said. By collapse, he means there will be empty ranks they will not be able to fill fast enough due to the Marines’ signature high turnover rate.

He is not sure how long the Marines have before the industrial model collapses, giving a sense of urgency to shifting toward the new personnel model.

The world is different, technology is updated and the competition with China and other countries led the Marine Corps to reexamine its approach to talent management, Berger said.

One example of the world changing is a better understanding of the human body, according to the Marine Corps Talent Management 2030 report released Wednesday. The Marines focused on young people, with the idea that they would be the most physically fit. Instead, physical readiness tests show that Marines in their mid-to-late 20s tend to have the highest scores.

Similarly, brain development is thought to finish maturation around age 25, meaning the young Marine recruits are more impulsive than their older counterparts, and the younger ones tend to account for the most disciplinary action, Berger said.

Despite the new understanding about physical and psychological health, the Marine Corps loses about 20% of Marines before they finish their first enlistments, according to the report. The service loses even more Marines through those who choose not to reenlist.

The report and Berger’s comments focus on three areas: recruiting, retaining and making the systems easier to bring people in and keep them.

While the report lays out a plan for improving talent management, there are still questions the Marine Corps needs to answer in order to implement it, Berger said.

One of these questions is how to recruit people with a couple years of experience and the skills the Marines need.

Berger’s predictions for the future of the Marine Corps include Marines that have a variety of skill sets and knowledge, especially technical ones.

“I think the machine gunner, who’s also a corpsman, a medic, also has to be able to talk to MQ-9 [unmanned aerial vehicles] and bring in ordnance and understand the satellite connection, is required to do that,” Berger said.

Currently, the only way to enter the Marine Corps is at the lowest paying rank and then working the way up to higher and better paying ranks, according to the report.

That makes it difficult for the service to recruit people who may have a few years of experience already, especially in skills the Marines require, who would not want to start at the lowest paying rank.

They also likely do not want to come in with the requirements of a private, like living in the barracks, as they might already have families, Berger said. 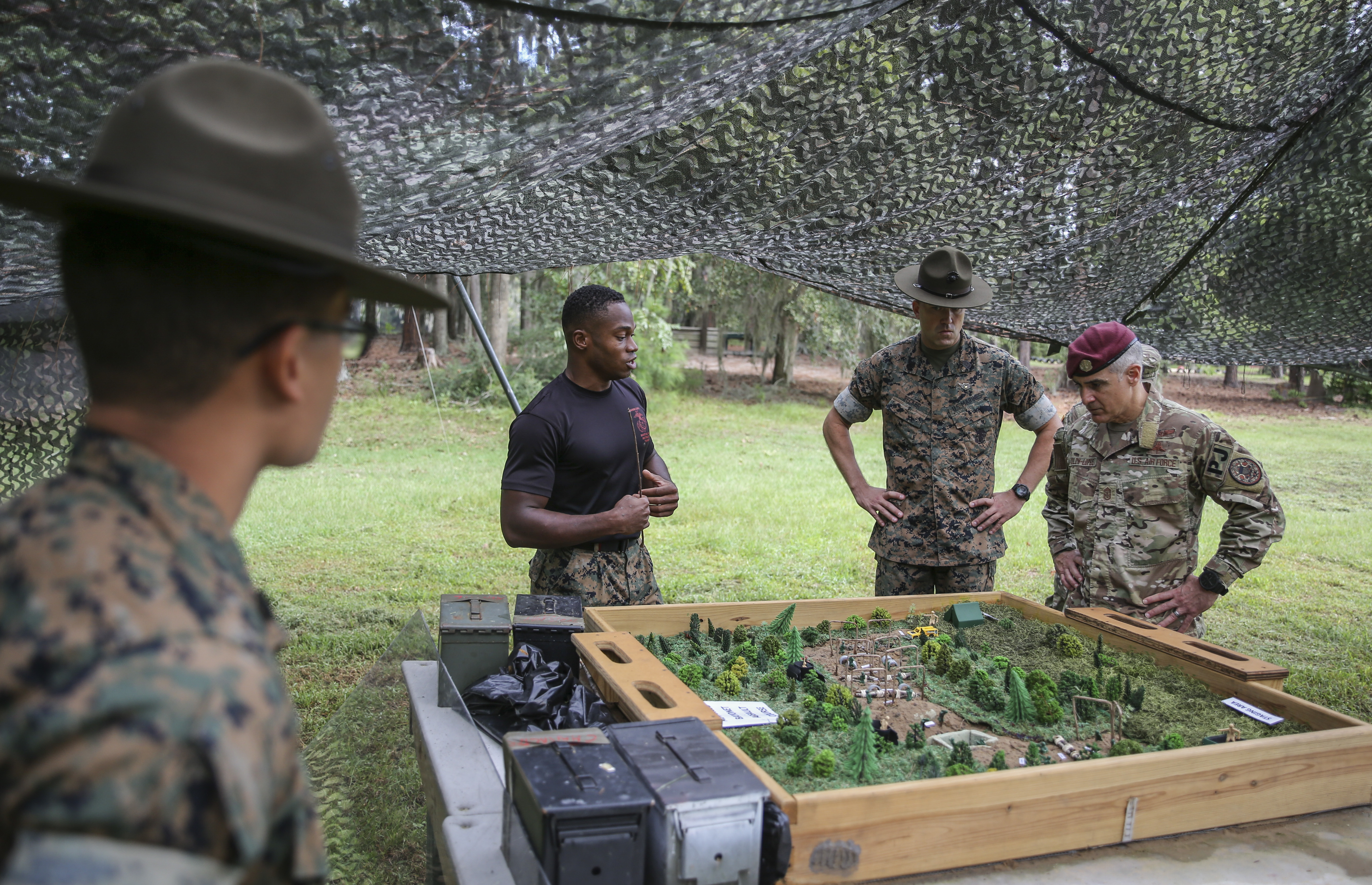 Berger was not sure what rank those lateral recruits would come in, but it is a question he plans to answer, likely on an individual basis. Right now, the service does bring in doctors and lawyers through a lateral recruiting process.

The Marine Corps will still recruit at high schools, Berger said, but the aim is to have a mix of young recruits and mid-level recruits.

But there are challenges to bringing in people through a lateral entry process. They will not have grown up in the Marine Corps culture and there is the question of whether that hinders them if they take on leadership roles.

Still, the Marine Corps has some holes it needs to fill. If it draws from existing Marines, it could take a couple years to train them for a spot when a lateral recruit might already have those skills, Berger noted.

But there will be a cost to recruiting older people.

“Our premise is we can’t afford not to do this,” Berger said. “Whether it comes out plus, in our black or the red, we don’t know yet.”

Recruiting will be done at all levels with the assistance of better screening tools that focus on more than a person’s fitness score, including ones already in use by other services, the commandant said.

These tools will better assess a person’s talents in order to place them in career fields where they can achieve professional success and provide the most benefit to the Marines, according to the report.

While the report sets up ways to refine recruiting, it also focuses on retaining Marines, an area where the service currently spends little money, Berger said.

Retaining has been an issue for the Marine Corps, which has a high turnover rate. The Marines used to pride itself on the turnover rate, but the commandant said that is no longer sustainable.

The blended retirement system, which allows Marines to retire after 15 years, has been one issue hurting the ability to retain Marines.

The Marine Corps functioned under an idea that if a person received orders, they would execute them. That worked under the industrial model of the past 35 years. It does not work when a person has the option to walk, Berger said. 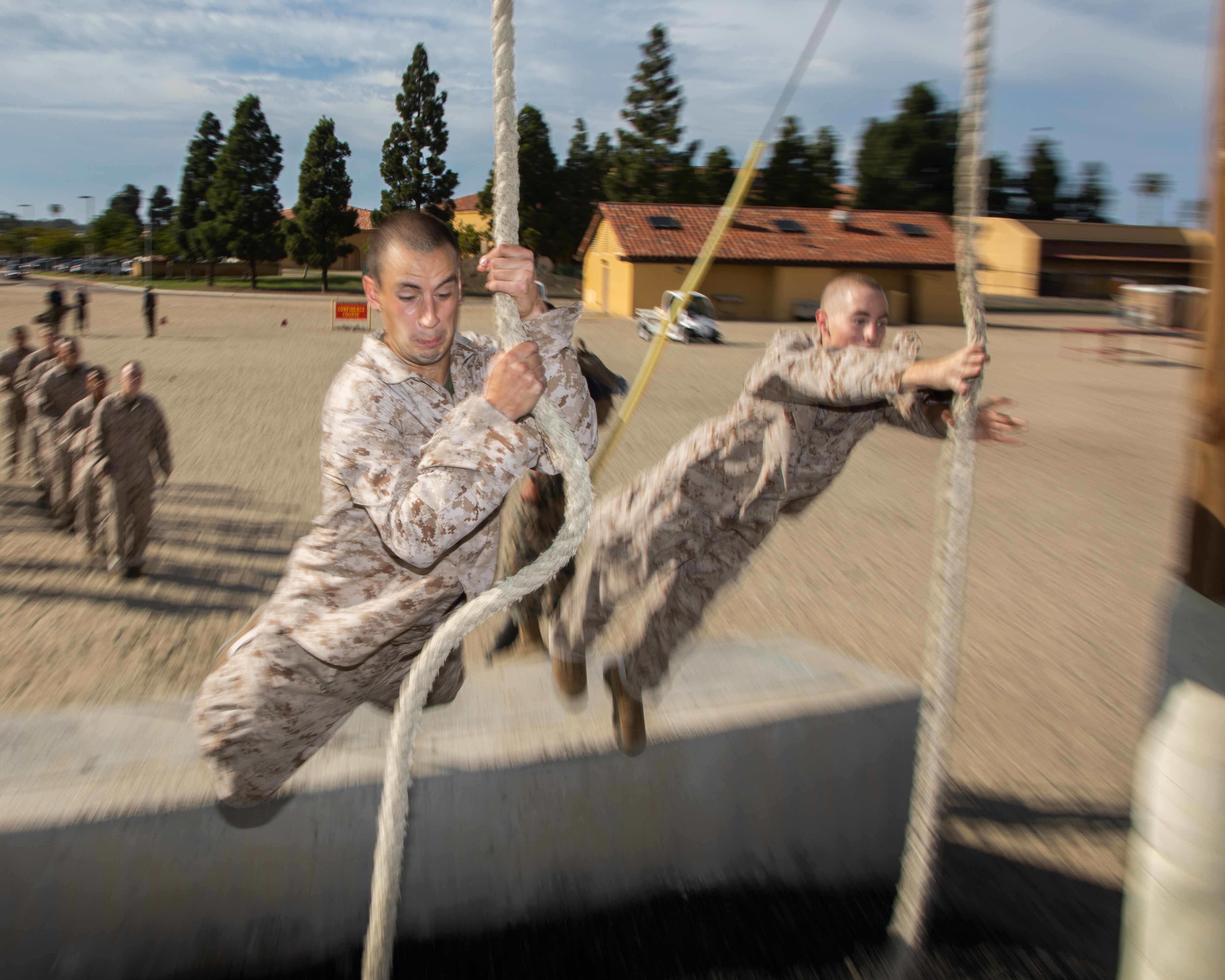 One solution might be to give unit commanders tools to be able to talk with Marines about their futures, he said. Recruiters are trained, but the service currently gives few tools to retain Marines.

One way to affect retainment is to look at assignments, according to the report. Currently, the industrial model can place people in assignments based on when they can get into the new job and the assignments are not always the best match for a person’s talents.

“Numerous studies indicate that the inability of a military member to affect their assignment more directly (when and where they will move) is a primary driver for them leaving service,” according to the report.

The Marine Corps plans to create a talent marketplace based off of lessons from the other branches. The marketplace will allow units to post information about available billets and Marines can apply for the positions virtually. The commander of the unit can then select the best suited Marine, Berger said.

This also allows Marines to learn more about the available positions in the service, the commandant said.

Having to move every couple of years puts a strain on the family and hurts retention, according to the report. PCS orders will still be a part of the Marine Corps, but “homesteading” will now be seen as a way to improve training and increase unit stability instead of being viewed in a negative light.

The service is also looking to update its parental leave program, seeking to to grant leave for a year to a primary caregiver and up to 12 weeks for a secondary one, according to the report.

In the meantime, the service plans to offer additional leave if the Marine agrees to extend their service contract. For example, if a primary caregiver wanted to take a year, they would use their six weeks of parental leave, six weeks of convalescent leave and then agree to extend their contract by 40 weeks in order to receive 40 weeks of parental leave, according to the report.

“So the Marine that we trained for four or 10 years, we need to work hard to keep,” Berger said. “And if the reason that they’re leaving is they can’t see past either I can have a military career, or I can have a family. If that’s the fork in the road, we have to, we have to pull out the stops to try to find ways where we can keep them.”

Expanding family leave does not make the Marines softer, Berger said. He is a realist, and if people are leaving because they want to have a family and cannot see doing that in the Marine Corps, it will create a cycle of training people for many years only for them to leave when they want a family and then the service will have to train someone new.

New ideas for retaining will help, but there also needs to be an investment in the system, Berger said.

To reenlist, a Marine still needs to do it with pen and paper, yet a person can buy a house online, Berger said. It’s a process that takes too long and some Marines walk away before finishing the reenlistment.

“Why are we doing it by paper?” Berger said. “And why is it taking six weeks? Because we have old systems that don’t talk to each other.”

By 2023, the Marine Corps plans to enhance the reenlistment process by adopting digital tools, while also looking at ways to reduce obstacles, according to the report.

The changes Berger listed in the report will not happen overnight. He knows it will take years to shift from the industrial model to one that prioritizes the Marine. But the shift will be his focus while he is commandant, he said.

“I don’t think this is a six-month or a one-year effort, I think this is three, four, five years[…] I think whatever changes we make right now, this month, this year, it’s going to take years to get to the force that we need,” he said.