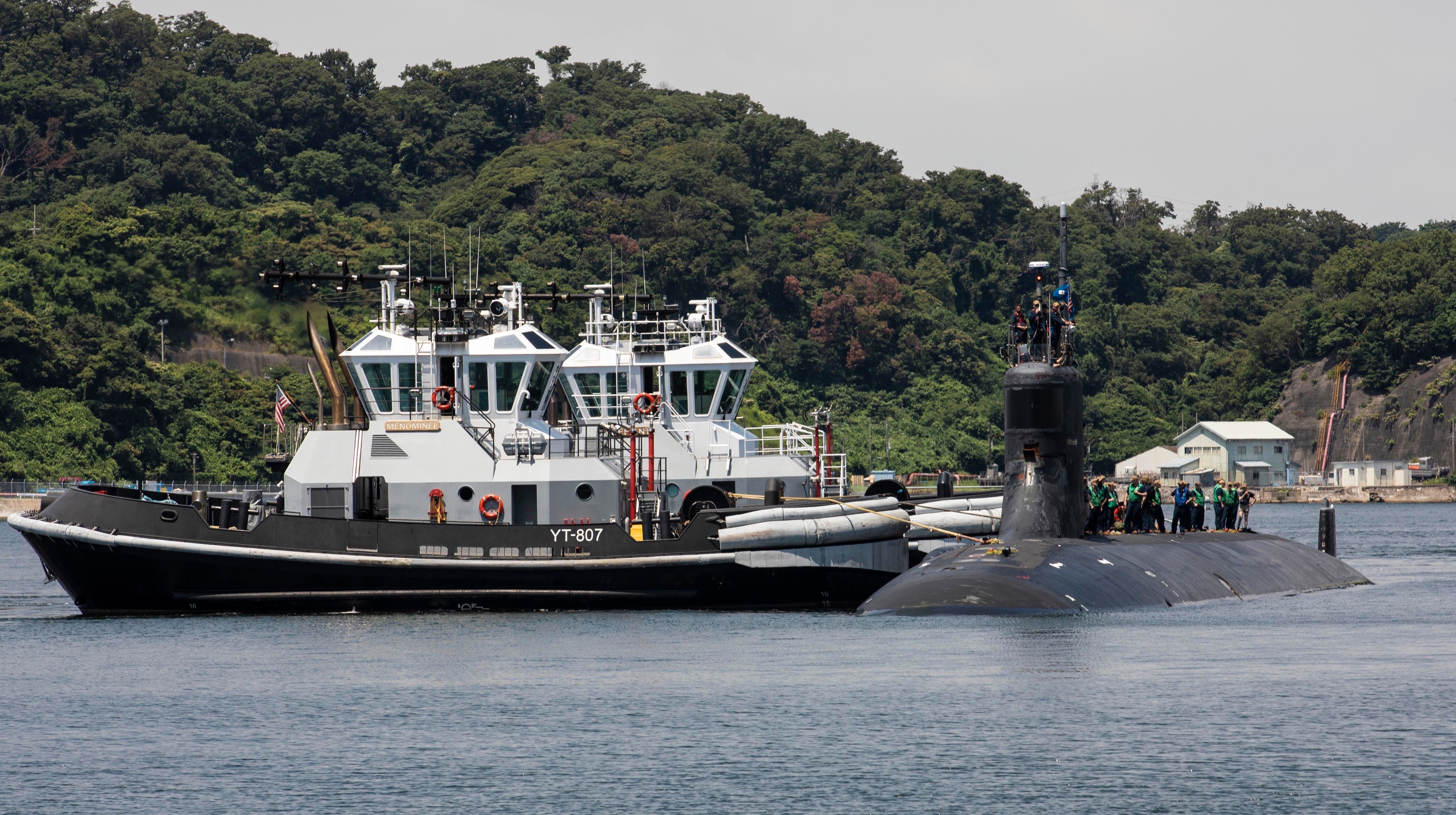 The U.S. Navy still isn’t positive what one of its most powerful attack submarines hit in the South China Sea, as repair assessments continue in Guam, four sources familiar with the results of the preliminary investigations told USNI News this week.

As of Tuesday afternoon, the undersea object that damaged the forward section of USS Connecticut (SSN-22) had not been definitively determined as part of several investigations into the Oct. 2 incident, the sources said.

Early indications were Connecticut hit a seamount in the South China Sea, two defense officials familiar with the Navy’s examination of the submarines told USNI News, but that has not been confirmed by investigators. Politico first reported earlier this month that the boat may have hit an undersea feature.

Cmdr. Cindy Fields, a spokesperson with Submarine Force, U.S. Pacific Fleet, told USNI News the command had nothing to add to its initial statement on what the submarine hit. She said two investigations – a safety investigation board convened by COMSUBPAC and a command investigation overseen by the Japan-based U.S. 7th Fleet – are currently looking into the incident.

“Connecticut struck an object while submerged on the afternoon of Oct. 2, while operating in international waters in the Indo-Pacific region,” PACFLEET said on Oct. 7.

The impact to the forward part of the attack submarine damaged the submarine’s forward ballast tanks and forced the boat to make a week-long trip on the surface to Guam, two defense officials told USNI News this week.

The four sources confirmed the Navy’s public statement that the reactor compartment of the submarine was undamaged from when the boat hit the object.

Since returning to Guam, the boat is still under evaluation for the scope of repairs by Naval Sea Systems Command, personnel from the Puget Sound Naval Shipyard and submarine tender USS Emory S. Land (AS-39), Fields told USNI News on Tuesday.

The teams will first determine what repairs Connecticut needs to leave Guam safely and then follow-on repairs, Fields said. The closest dry dock for major submarine maintenance is in Hawaii. The Puget Sound Naval Shipyard, which is near the attack boat’s homeport in Bremerton, Wash., is the second closest dry dock.

While repairs and several investigations continue, Chinese officials have accused the U.S. of concealing details of the incident from Beijing.

“The Chinese side has repeatedly expressed grave concerns over the matter and asked the U.S. side to make clarifications,” Chinese foreign ministry spokesman Zhao Lijian said on Tuesday.
“We have seen nothing but a brief and vague statement issued by the U.S. military with procrastination, and a confirmation by a so-called informant that the incident did happen in the South China Sea. Such an irresponsible, cagey practice gives regional countries and the international community every reason to question the truth of the incident and the intention of the U.S.”

Connecticut is one of three Seawolf-class attack submarines. The boat left in May for a deployment to the Western Pacific and has made at least two port calls to Japan.

Pentagon spokesman John Kirby earlier this month dismissed China’s accusation that the U.S. was engaging in a coverup of the incident.

“It’s an odd way of covering something up when you put out a press release about it,” Kirby told reporters when asked about China’s allegation.