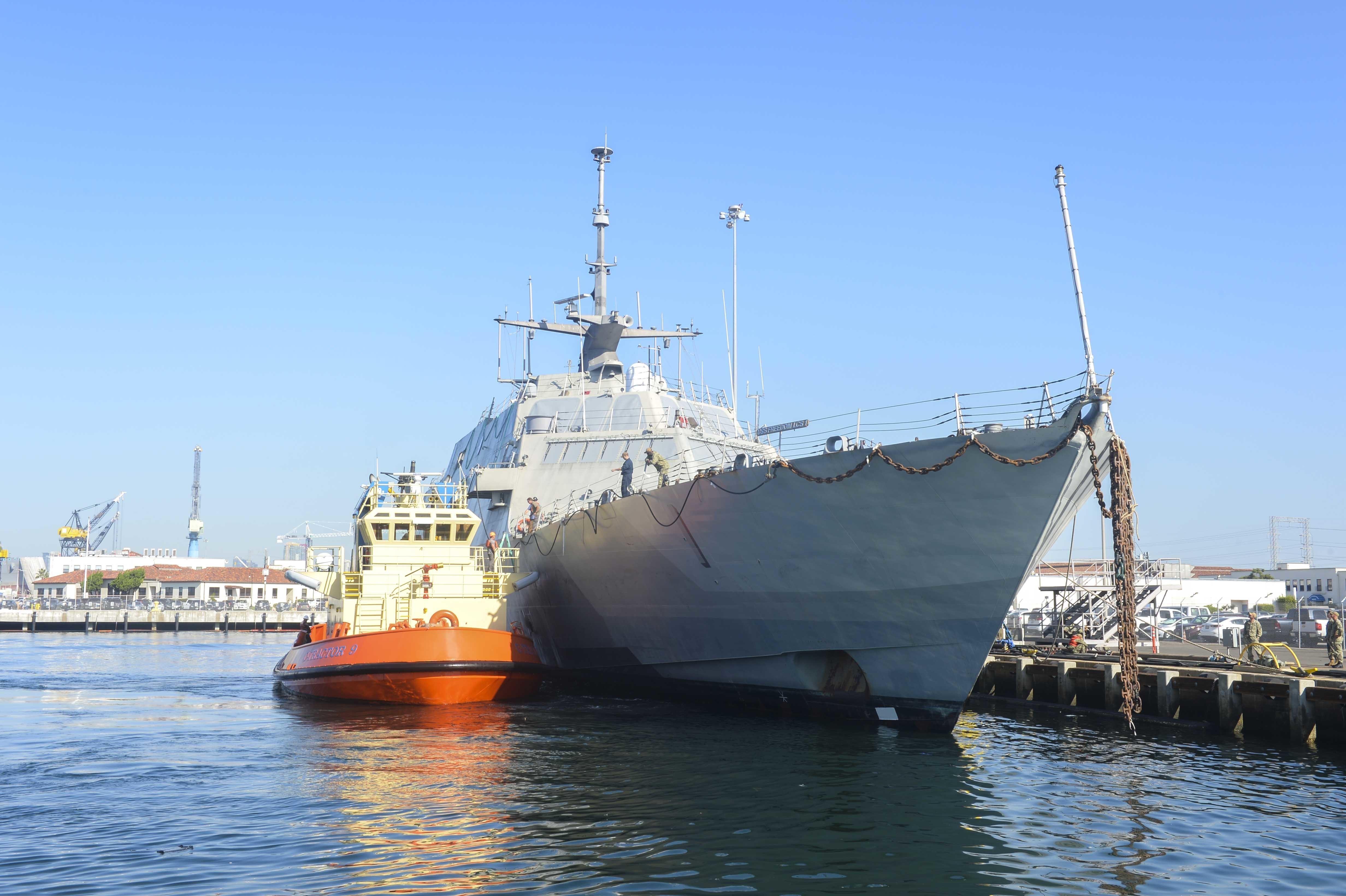 The Navy decommissioned the first Littoral Combat Ship with more than a decade of naval service last week.

USS Freedom (LCS-1) was decommissioned on Sept. 29 at Naval Base San Diego after 13 years in the fleet. The decommissioning service was limited to ship plankowners and former crew members due to safety measures in place due to the COVID-19 pandemic.

Freedom will join the reserve fleet now that it’s decommissioned, a Navy official previously told USNI News. It is the second Littoral Combat Ship the Navy has decommissioned.

The Navy proposed decommissioning the first four LCS in its Fiscal Year 2021 budget submission as a cost-saving measure. Chief of Naval Operations Adm. Mike Gilday at the time said it would cost approximately $2.5 billion to update the four ships, arguing the Navy should spend that money on new platforms.

However, the House Appropriations Committee defense subcommittee’s draft of the Fiscal Year 2022 defense spending bill cuts development funding for the Navy’s Navy’s ship-launched nuclear cruise missile, which would prevent the service from decommissioning the Freedom-class LCSs.

The proposal to decommission LCSs early has angered some lawmakers, including Rep. Elaine Luria (D-Va.), who questioned the Navy’s acquisition of LCSs and decommissioning them early. Little Rock, the youngest of the three Freedom-class LCSs considered for decommissioning, was commissioned in 2017.

USS Independence (LCS-2) decommissioned on July 31 after 11 years in the fleet. Like Freedom, its decommissioning ceremony was not open to the public due to the pandemic.

Freedom and Independence were expected to have 25 years of service, USNI News previously reported.

Freedom was commissioned on Nov. 8, 2008, in Milwaukee, Wisconsin. The ship was built by Fincantieri Marinette Marine.

It maintained a crew of 41 enlisted sailors and nine officers, according to the Pentagon press release.

“As we bid farewell to Freedom, her crew consists of superb, highly trained, deeply committed Sailors who are dedicated to mission accomplishment, defense of the nation, and defense of our families,” Freedom commanding officer Capt. Larry Repass told DVIDS. “In them, the spirit of Freedom lives on.”

There are now 21 LCSs in the fleet according to the Pentagon. 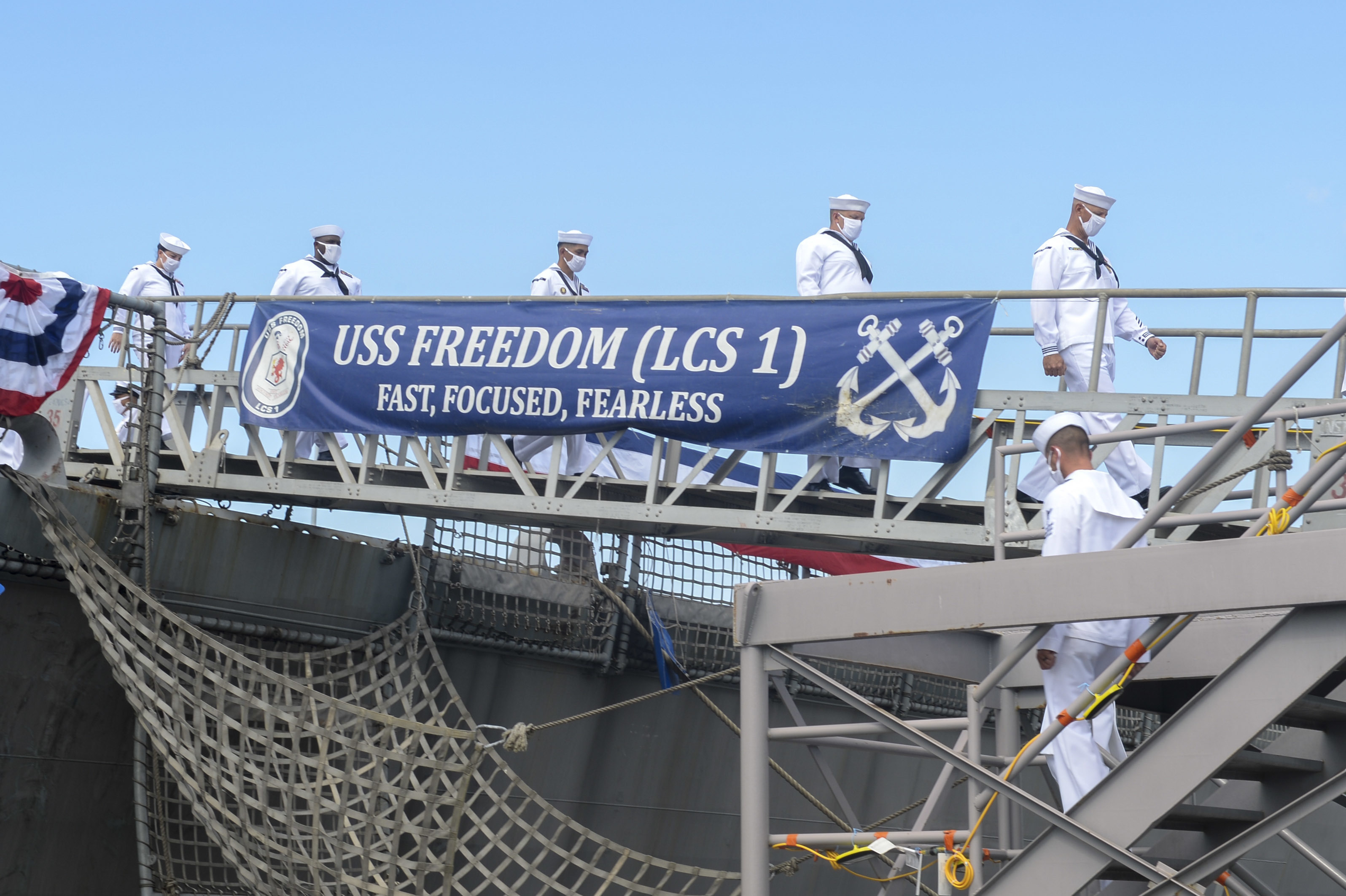 The crew of the Freedom-variant littoral combat ship USS Freedom (LCS 1) disembark the ship for the final time during Freedom’s decommissioning ceremony on Sept. 29 in San Diego. US Navy Photo

The ship was built by Marinette Marine Corp. and launched on Nov. 15, 1980. Now inactive, it will be sold as part of a foreign military sale, according to a Navy memo.