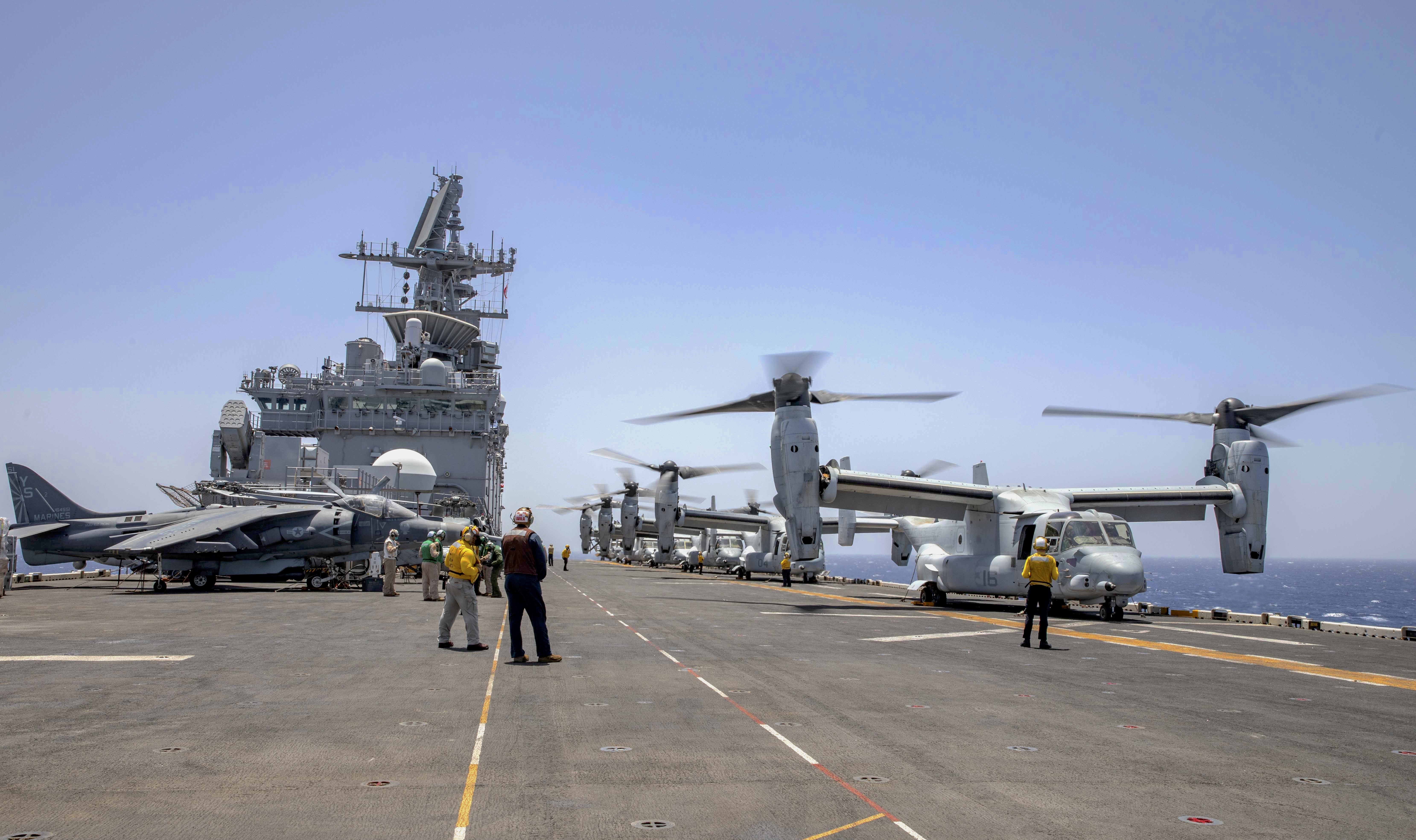 USS Iwo Jima (LHD-7), USS Carter Hall (LSD-50) and USS San Antonio (LPD-17) are heading toward the east coast of the United States after supporting the withdrawal of U.S. troops from Afghanistan. The Iwo Jima ARG passed through the Strait of Gibraltar on Sept. 26, said Lt. Andrew Bertucci with the Navy Chief of Information Office.

“While we are all excited as we continue our transit, we remain focused on the mission at hand and completing all our requirements before we return,” reads a Sept. 21 Facebook post by Iwo Jima Commanding Officer Capt. David Loo. “The ship still has several major evolutions that must be completed before we can state that this deployment is in the books.”

The Iwo Jima ARG, including the embarked 24th Marine Expeditionary Unit, deployed from the West Coast in March and headed to the Middle East where it spent 109 days supporting the withdrawal of U.S. troops from Afghanistan, USNI News previously reported.

The 24th MEU is based in Camp Lejeune, N.C., and is made up of the Combat Logistics Battalion (CLB), the Medium Tilt-Rotor Squadron (VMM) 162 Reinforced, a Light Armored Reconnaissance detachment and the Battalion Landing Team (BLT) 1/8.

Once the Iwo Jima ARG arrived in the Middle East, Marines and sailors from the 24th MEU were sent to Hamid Karzai International Airport in Kabul, Afghanistan. Approximately 2,000 Marines were sent to Afghanistan as part of evacuation efforts.