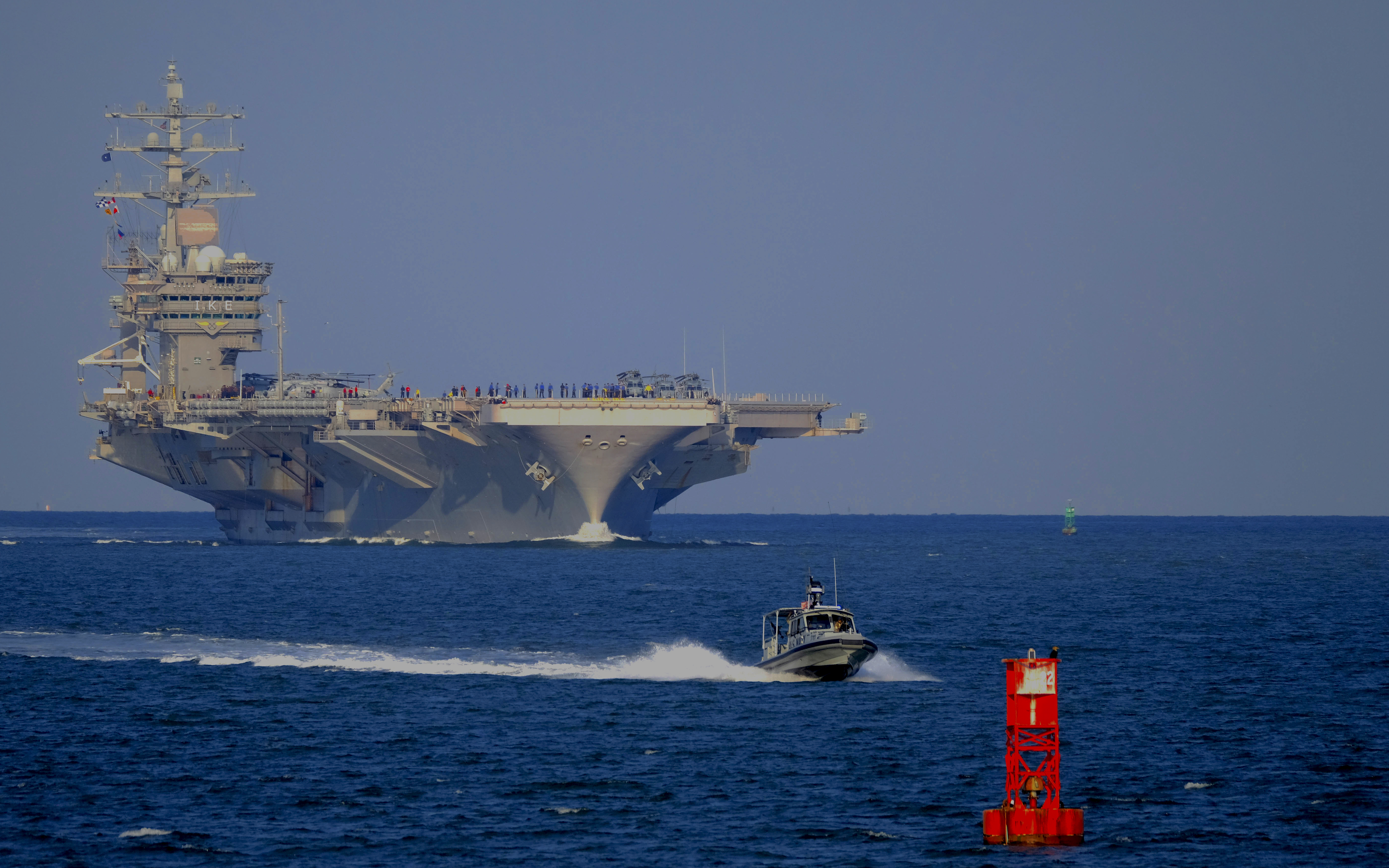 USS Dwight D. Eisenhower (CVN-69) returns to its homeport of Norfolk, Va. after being sent to sea to avoid the effects of Hurricane Dorian on Sept. 5, 2019. US Navy PhotoR

The Navy will cut about 1,000 civilian jobs in the U.S. and reduce base services across the country as part of a budget move to reduce costs on domestic bases, according to a message from the head of Navy Installations Command (CNIC) reviewed by USNI News.

“Based on current projections, CNIC will be forced to curtail the level of base operations services (BOS) we provide to the Fleet, Fighter, and Family in [Fiscal Year 2022] and beyond,” wrote Vice Adm. Yancey Lindsey in the Sept. 15 message.

In total, the FY22 budget for base operations is $4.8 billion and the service’s shore enterprise is facing a budget shortfall of $280 million, a CNIC spokesperson told USNI News.

“The Navy continues to manage acceptable risks across the shore enterprise in order to build a more capable fleet in the future and ensure warfighting readiness today,” the spokesperson said.
“Although some base services will be curtailed due to budgetary constraints, we are committed to minimizing negative impacts to our workforce and those we support.”

According to the message from Lindsey, the Navy is working on a requirement to reduce the base operations service’s top line. The priority was to keep programs like childcare and port and airfield operations unaffected, he said.

Instead, cuts will include:

-Closing 46 Auto Hobby Shops.
-Reduce manning at 10 Morale Welfare and Recreation beaches.
-Delay furniture replacement in five barracks.
-Close base libraries in the U.S.
-Cut half the base support vehicles.
-Reduce gym hours.
-Reduce pools on base.
-Cut back on landscaping and custodial services.
-Reductions in overtime.
-Restrict ship operations to Monday through Friday to avoid overtime.

The savings from the cuts “are partially generated through a reduction of over 1,000 labor positions,” Lindsey wrote.

“With limited budgets, a necessary focus on warfighting and Great Power Competition is required and past business and funding practices are no longer affordable and sustainable; drastic action is required,” the commander of Navy Region Mid-Atlantic, Rear Adm. Charles Rock, outlined in a memo reviewed by USNI News.