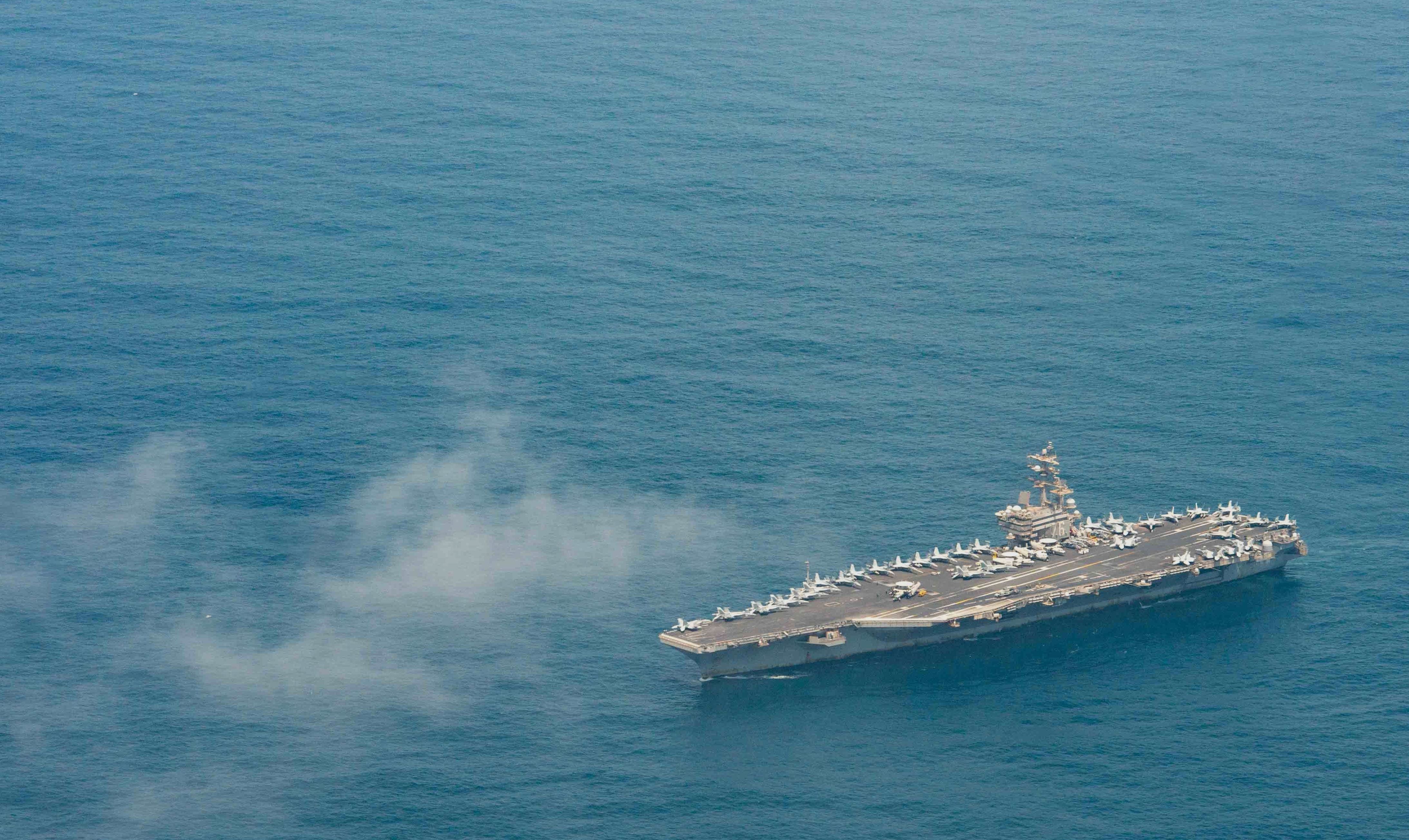 This post has been updated to show the Reagan Carrier Strike Group has left U.S. Central Command.

The Japan-based Ronald Reagan Carrier Strike Group has left the Middle East after operating in the region since June, a Navy official confirmed to USNI News on Thursday.

This week, USS Ronald Reagan (CVN-76) and its escorts crossed from U.S. 5th Fleet into the Indian Ocean and U.S 7th Fleet. The strike group was routed to U.S. Central Command to support the military withdrawal from Afghanistan and provide a lingering “over the horizon” counter-terrorism capability in conjunction with U.S. bases in the Middle East.

Reagan’s move to CENTCOM was the first time a U.S. Japan-based carrier since USS Kitty Hawk (CV-63) deployed to the Persian Gulf in 2003.

Meanwhile, the Essex Amphibious Ready Group is now in the Persian Gulf after transiting the Strait of Hormuz on Thursday, the Navy announced on social media.

The Essex ARG’s transition to the Gulf follows their departure from California on Aug. 12 and a brisk transit across the Western Pacific.

The Iwo Jima ARG was operating in the Red Sea as of Thursday, a Navy official told USNI News.

USS Iwo Jima (LHD-7), USS Carter Hall (LSD-50) and USS San Antonio (LPD-17) with the embarked 24th MEU arrived in the region in June and joined in the U.S. effort to pull out of Afghanistan.

Two thousand Marines from the ARG were moved to Kuwait and then to Kabul by military airlift as part of the non-combatant evacuation operation. Sgt. Nicole Gee with the 24th MEU was killed in an Aug. 26 attack outside of Hamid Karzai International Airport along with 10 other Marines, a soldier and a sailor.

The Camp Lejeune, N.C.-based 24th MEU is made up of the Battalion Landing Team (BLT) 1/8, Combat Logistics Battalion (CLB) 24 and the Medium Tilt-Rotor Squadron (VMM) 162 Reinforced, as well as a Light Armored Reconnaissance detachment.