Former Chief Warrant Officer Robert Gorsuch, 54, of Mississippi, agreed to plead guilty to one count of bribery of a public official, the U.S. Attorney’s Office in San Diego, Calif., announced Tuesday. Gorsuch could face up to 15 years in prison and a $250,000 fine when he is sentenced, although under the plea agreement he’s agreed to pay an undetermined amount in restitution.

Gorsuch is the first of the so-called “GDMA Nine” – all former 7th Fleet officials indicted in March 2017 – to plead guilty to federal charges in the bribery, conspiracy and corruption investigation involving Glenn Defense Marine Asia and Leonard Glenn Francis, its owner and chief executive officer. 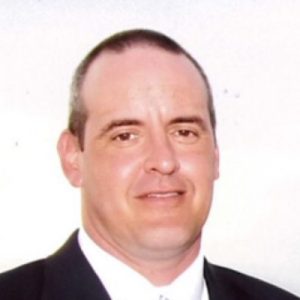 Gorsuch was the flag administration officer for the Yokosuka, Japan-based 7th commander and staff from January 2005 to March 2008. In 2007 and in 2008, he gave Francis classified ship schedules and planned movements of several ships, including amphibious assault ship USS Tarawa (LHA-1) and guided-missile destroyer USS Hopper (DDG-70), according to prosecutors. In exchange, Gorsuch admitted that Francis covered Gorsuch’s expenses worth some $30,000 during stays at the luxury hotels Shangri-La Hotels in Cebu, Phillipines; in Kuala Lumpur, Malaysia; and Sydney, Australia; and the Ritz-Carlton in Tokyo, according to his plea agreement. He also admitted to attending a $15,000 party Francis covered at the Manila Hotel in the Philippines.

“Gorsuch essentially sold his honor for a few nights at the Shangri-La,” Randy Grossman, the acting U.S. attorney for the Southern District of California, said in the announcement. “Gorsuch sacrificed his integrity for so little and caused so much harm in the process. Today, Gorsuch has admitted his part in this scandal and will be held to account for his conduct.”

So far, 34 Navy officials, defense contractors and GDMA employees have been charged in the case, and 26 have pleaded guilty, Grossman said, “admitting that they collectively accepted millions of dollars in luxury travel and accommodations, meals, or services of prostitutes from Francis in exchange for helping GDMA win and maintain contracts and overbill the Navy by over $35 million.”

“Mr. Gorsuch’s guilty plea unequivocally memorializes his participation in the charged corruption scheme, wherein he and others sacrificed the honor of serving our great nation with distinction in return for personal gain,” Kelly P. Mayo, director of the Department of Defense Office of Inspector General, Defense Criminal Investigative Service, said in the statement. “The comprehensive joint investigation that exposed Mr. Gorsuch’s illegal activities is but one example of the lengths DCIS and its investigative partners will go to pursue justice for the warfighter and defend the integrity of the men and women who truly exemplify service before self.”

“Mr. Gorsuch will be held fully accountable for accepting lavish gifts in exchange for, among other things, passing classified information to Mr. Francis and GDMA,” said Omar Lopez, director of the Naval Criminal Investigative Service. “NCIS and our law enforcement partners remain committed to rooting out bribery and corruption wherever it exists and thwarting the potentially grave attendant consequences.”