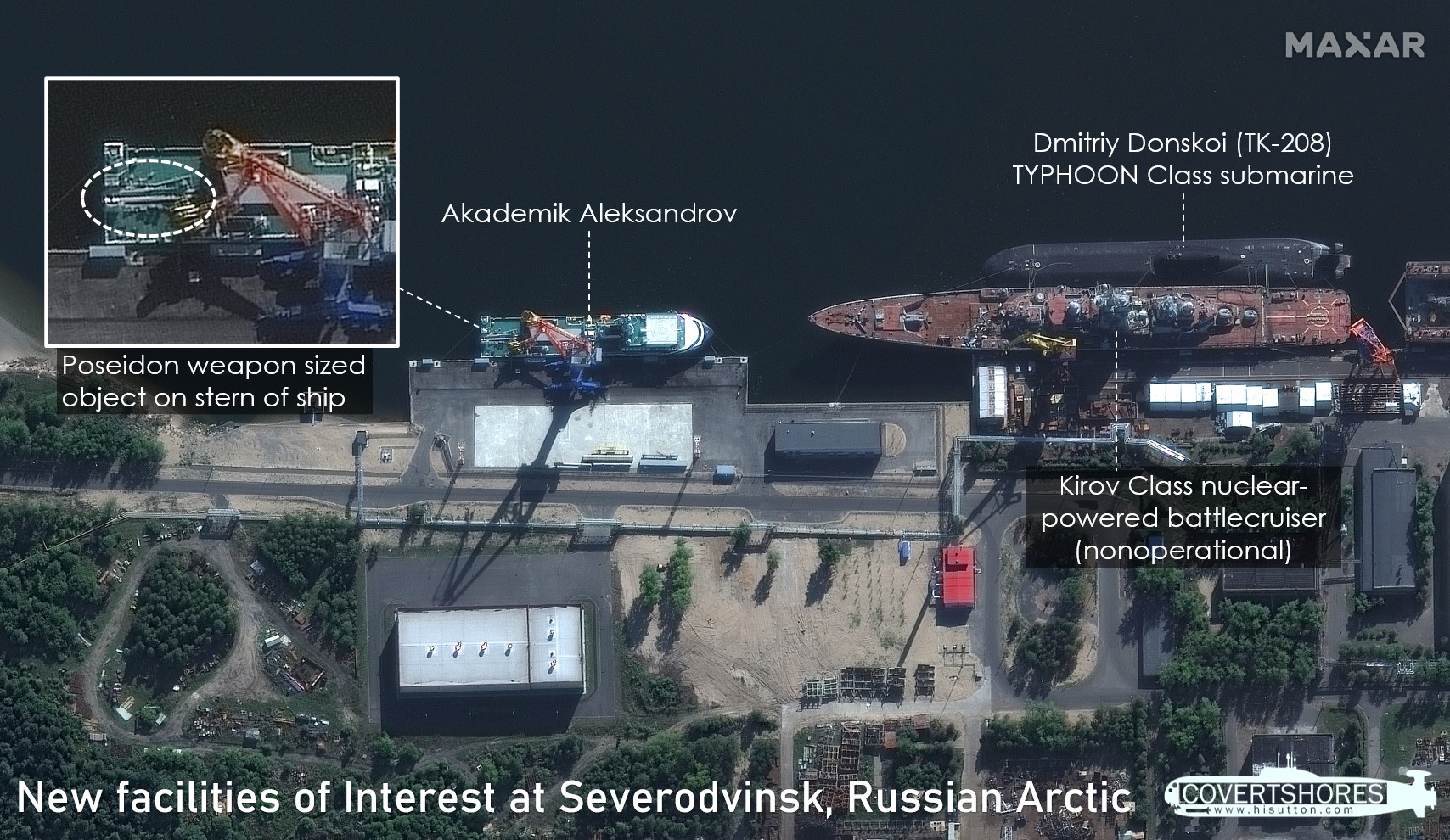 The Russian Navy continues to develop how it intends to deploy its latest strategic weapon – a bus-sized torpedo tipped with a nuclear warhead.

The Poseidon weapon, described in U.S. Navy documents as an Intercontinental Nuclear-Powered Nuclear-Armed Autonomous Torpedo, will require new bases and facilities and new images, which gives hints as to where and how the Russian Navy could use the new weapons.

Satellite images from Maxar taken earlier this month and provided to USNI News confirm that a special purpose ship, Akademik Aleksandrov, is using the facility. And the vessel appears to have a Poseidon round, or related surrogate load, aboard.

The facility is on the Northern shore of the Northern Dvina River on the edge White Sea. Work on the new quay started in 2018 and was substantially completed in 2020. Akademik Aleksandrov has been observed there in July and August. There is also a large building that was recently built adjacent to the new quay and may also be related to Poseidon operations. This specific quay appears directly connected to Poseidon testing activities, according to the imagery.

Severodvinsk is where many of Russia’s most advanced submarines are built and is already closely associated with Poseidon. The ships and specialist submarines involved in early tests have been based there. The submarine Sarov (B-90) was launched in 2007 and appears purpose-built for testing oversized torpedoes such as Poseidon. It is based just along the river.

Poseidon represents a new category of strategic weapons and changes the shape of the nuclear threat. Although the specifications of the system are obscured by secrecy, guesstimates and misinformation, the new weapon is expected to run extremely deep and fast, based on suppositions from the design. 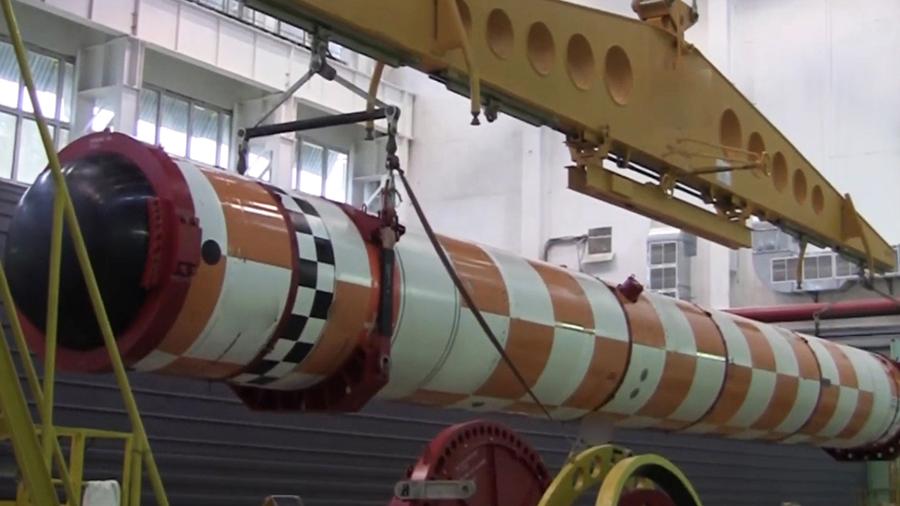 The system will be carried by a fleet of new host submarines designed to field the submarines. The first of these, K-329 Belgorod, is currently based just across the river from the new pier. The submarine is undergoing sea trials and is currently rigged for sonar calibration. A second Poseidon-carrying submarine, Khabarovsk, is under construction nearby. Ultimately four Poseidon submarines are expected to be built, with operational patrols starting in the coming years.

Observation of facilities such as the new quay will build a picture of the Russian Navy’s new capabilities. It also shows the massive cost of the program, requiring new support infrastructure and an array of test ships and submarines.