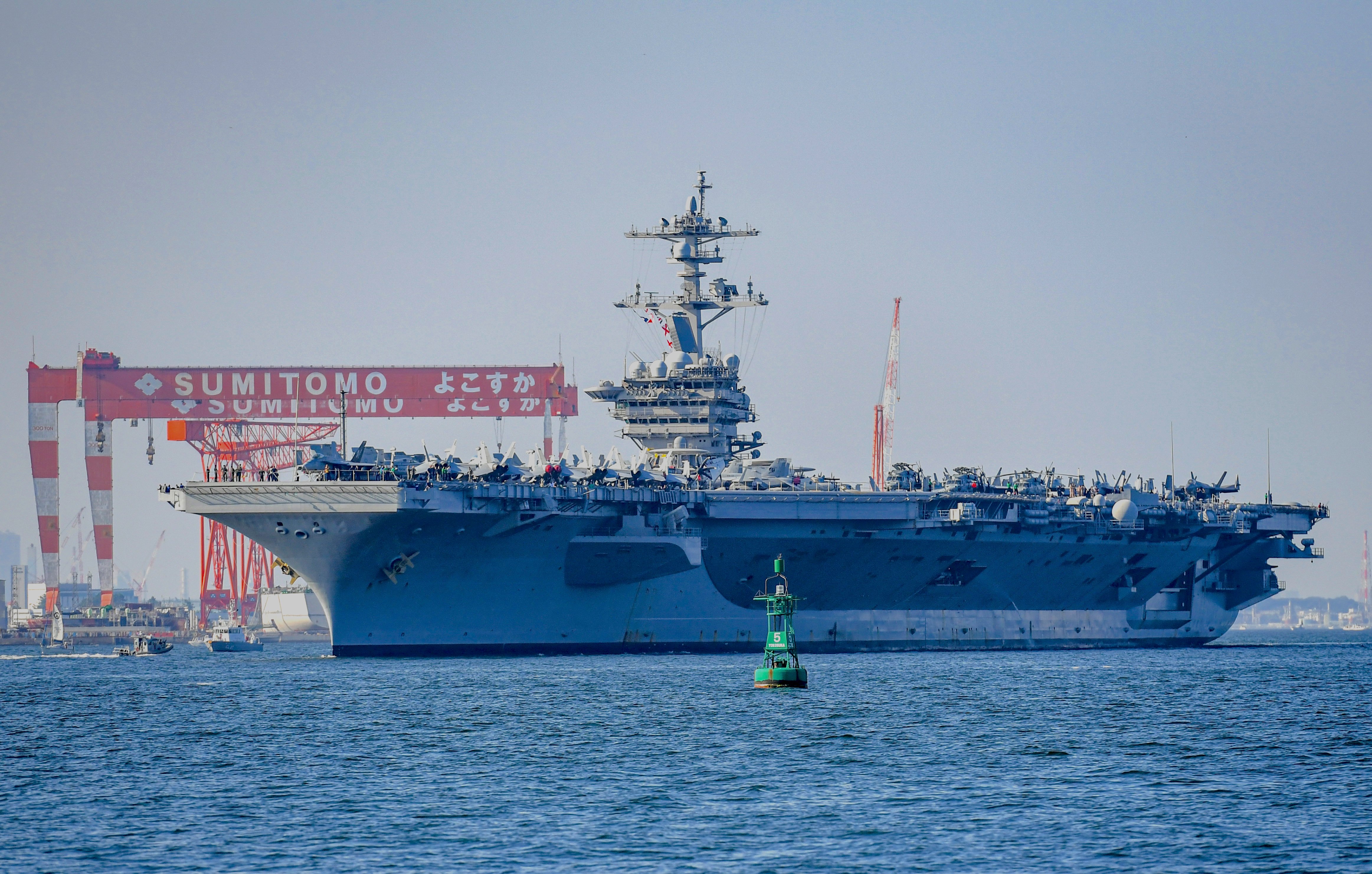 KUALA LUMPUR – Six task groups from the U.S, U.K., Australian, Japanese and Indian navies are currently on operational deployments in the Indo-Pacific region amidst an intense fall and early winter period of multilateral exercises.

USS Carl Vinson (CVN-70) arrived at Fleet Activities Yokosuka on Aug. 28 for a scheduled port visit. The strike group deployed on August 2 for the Western Pacific and consists of Vinson, cruiser USS Lake Champlain (CG-57), and destroyers USS Dewey (DDG-105), USS O’Kane (DDG-77), USS Michael Murphy (DDG-112), USS Chafee (DDG-90) and USS Stockdale (DDG-106). The Carl Vinson CSG is expected to conduct an exercise with the U.K.’s CSG 21, which is now currently off the coast of South Korea for a scheduled bilateral exercise with the Republic of Korean Navy.

The America Expeditionary Strike Group – consisting of the USS America (LHA-6), USS New Orleans (LPD-18) and USS Germantown (LSD-42) with the 31st Marine Expeditionary Unit embarked – are in the Philippine Sea conducting routine operations, with America and New Orleans coming off an intensive 12-day exercise and engagement period with both CSG 21 and JMSDF ships in the area. These exercises include the Large Scale 21 and Exercise Noble Union.

The 31st MEU said in a photo release that “Exercise Noble Union is part of the 31st Marine Expeditionary Unit’s Noble Series of exercises which are used to test the Family of Naval Concepts, develop techniques and procedures for the employment of MEU assets in support of sea denial and fleet maneuver and inform future force design and experimentation efforts.” 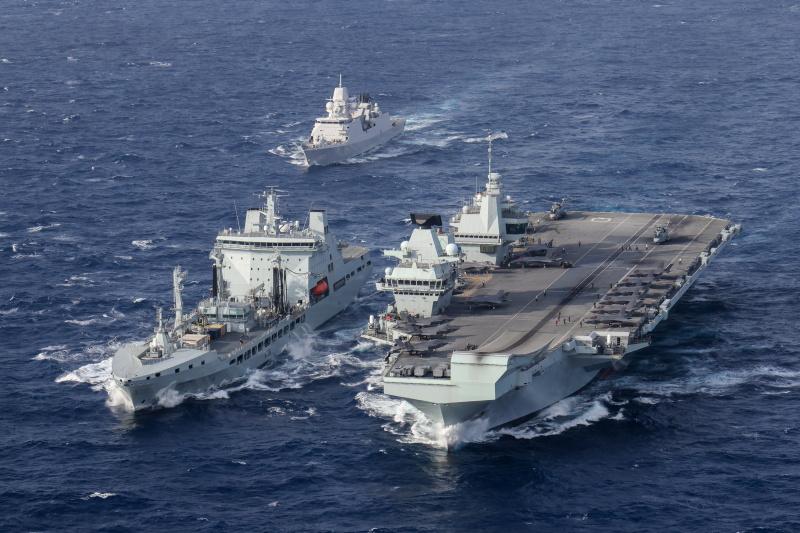 The UK CSG 21 elements that took part in the exercise were the carrier HMS Queen Elizabeth (R08) and embarked aircraft, which include The “Wake Island Avengers” of U.S. Marine Corps Fighter Attack Squadron (VMFA) 211. The squadron is integrated with the Royal Air Force’s 617 Squadron “The Dambusters.” The multi-national U.K.-led CSG also includes destroyers HMS Defender (D36) and HMS Diamond (D34), frigates HMS Kent (F78) and HMS Richmond (F239), Dutch frigate HNLMS Evertsen (F805), and American destroyer USS The Sullivans (DDG-68). CSG 21 also includes Royal Fleet Auxiliary’s RFA Fort Victoria (A387) and RFA Tidespring (A136) and an Astute-class submarine. Destroyer HMS Diamond (D34) was forced to drop out of the group in July and dock in Italy due to problems with its engine. The ship was initially expected to get fixed and re-join the group in the Indo-Pacific, but the destroyer’s repairs are still not complete. Richmond had detached earlier from the group in July and is now in Guam following an equipment reset in Sasebo, Japan.

Kent also detached from the main group and docked on Aug. 27 at Sasebo, where it is slated to carry out a short maintenance period. The Astute-class submarine also supporting the deployment docked at the naval base in Busan, Republic of Korea on Aug. 11. The submarine was originally believed to be HMS Artful (S121), which was with CSG 21 during its Mediterranean deployment, but spotters of the submarine in Korea claimed that the nameplate on it said HMS Astute (S119), meaning a switch occurred prior to the strike group’s entry to the Indo-Pacific. Queen Elizabeth was scheduled to make a port call also in Busan along, conducting on-shore engagement activities, but that has been canceled due to the COVID-19 pandemic and instead only an at-sea exercise between the Republic of Korea Navy (ROKN) and CSG 21 will take place from Aug. 30 to Sept. 1 before CSG 21 moves on to Japan.

On Aug. 23, the JMSDF Indo-Pacific Deployment 2021 (IPD21) force departed from Japan, with the task force consisting of the destroyer helicopter carrier JS Kaga (DDH 184), destroyers JS Murasame (DD 101) and JS Shiranui (DD 120), and a total of four embarked helicopters. Supporting the deployment is a submarine and a P-1 Maritime patrol aircraft. The IPD has been an annual deployment for the JMSDF since 2019, with this year’s deployment running until Nov. 25. The goal is to improve the JMSDF’s tactical capabilities and to strengthen cooperation with partner navies in the Indo-Pacific region by conducting joint exercises. The list of countries that the group would drill with include Australia, French New Caledonia, India, Indonesia, Philippines, Palau, Singapore, Sri Lanka and Vietnam.

IPD21’s first engagement activity was phase 1 of the Malabar 2021 exercise between Australia, India, Japan and the U.S. that took place from Aug. 26 to 29 in the Philippines. The U.S. fielded destroyer USS Barry (DDG-52) and oiler USNS Rappahannock (T-AO-204), along with Naval Special Warfare forces and P-8 maritime patrol and reconnaissance aircraft from Task Force 72 for the drills, while India participated with frigate INS Shivalik (F47), corvette INS Kadmatt (P29) and a P-8I. Australia was represented by frigate HMAS Warramunga (FFH 152). Both the JMSDF P-1 and submarine supporting IPD21 also took part in the exercise. Mention of the submarine was omitted from all releases, but shown in the photos the JMSDF released of the exercise. 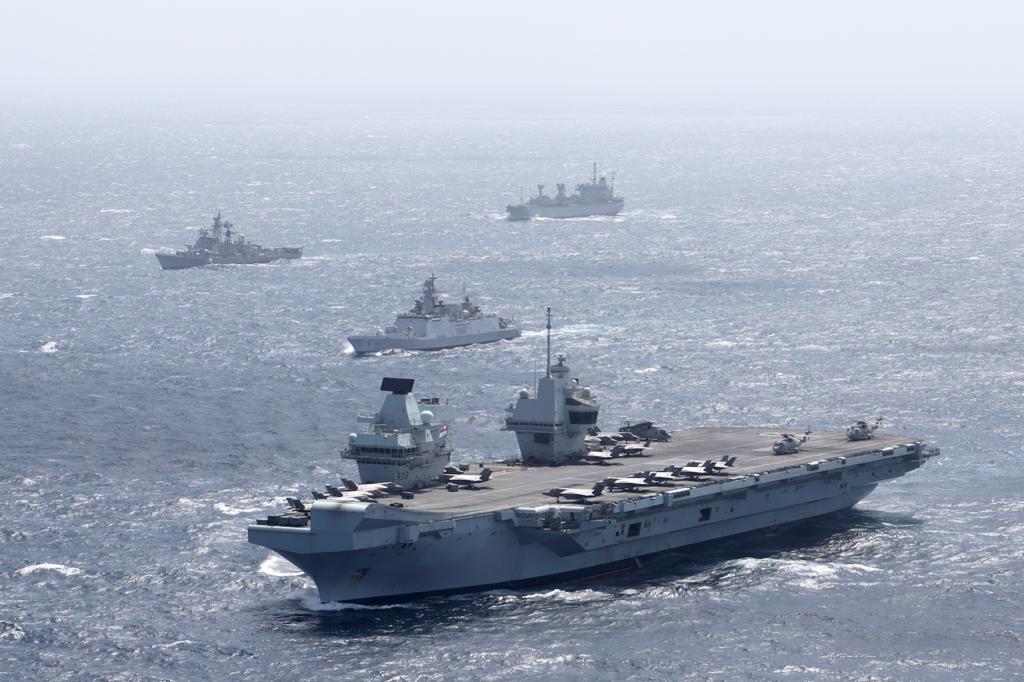 Sivalik and Kadmatt are part of a four-ship Indian Navy Eastern Fleet Task Group that left India in early August for a two-month deployment in South East Asia, the South China Sea and Western Pacific, according to an Indian Ministry of Defence press release. The other two ships in the task group are destroyer INS Ranvijay (D55) and corvette INS Kora (P61). The exercises will include drills with the Vietnamese Peoples’ Navy, the Republic of Philippines Navy, Republic of Singapore Navy, the Indonesian Navy and the Royal Australian Navy. Ranvijay and Kora carried out the exercise with the VPN frigate VPNS Ly Thai To (HQ-012) in the South China Sea on Aug. 18 and then carried out an exercise with the Philippine Navy frigate BRP Antonio Luna (FF 151) on Aug. 23 in the West Philippine Seas. The Indian Navy’s Eastern Fleet deployments to Southeast and Northeast Asia have been a regular occurrence over the years, in line with the Indian navy’s extensive bilateral engagements with countries there, along with engagements under the Quad partnership.

On Aug. 26 the Royal Australian Navy LPD HMAS Canberra (L02) and frigate HMAS Anzac (FFH150) left Darwin to begin the ADF’s Indo-Pacific Endeavour Deployment 21 (IPE21). The deployment has been an annual activity for the ADF since the beginning of 2017, with odd years taking place in Southeast Asia and even years taking place in the Southwest Pacific. The 2020 IPE was canceled due to COVID-19. 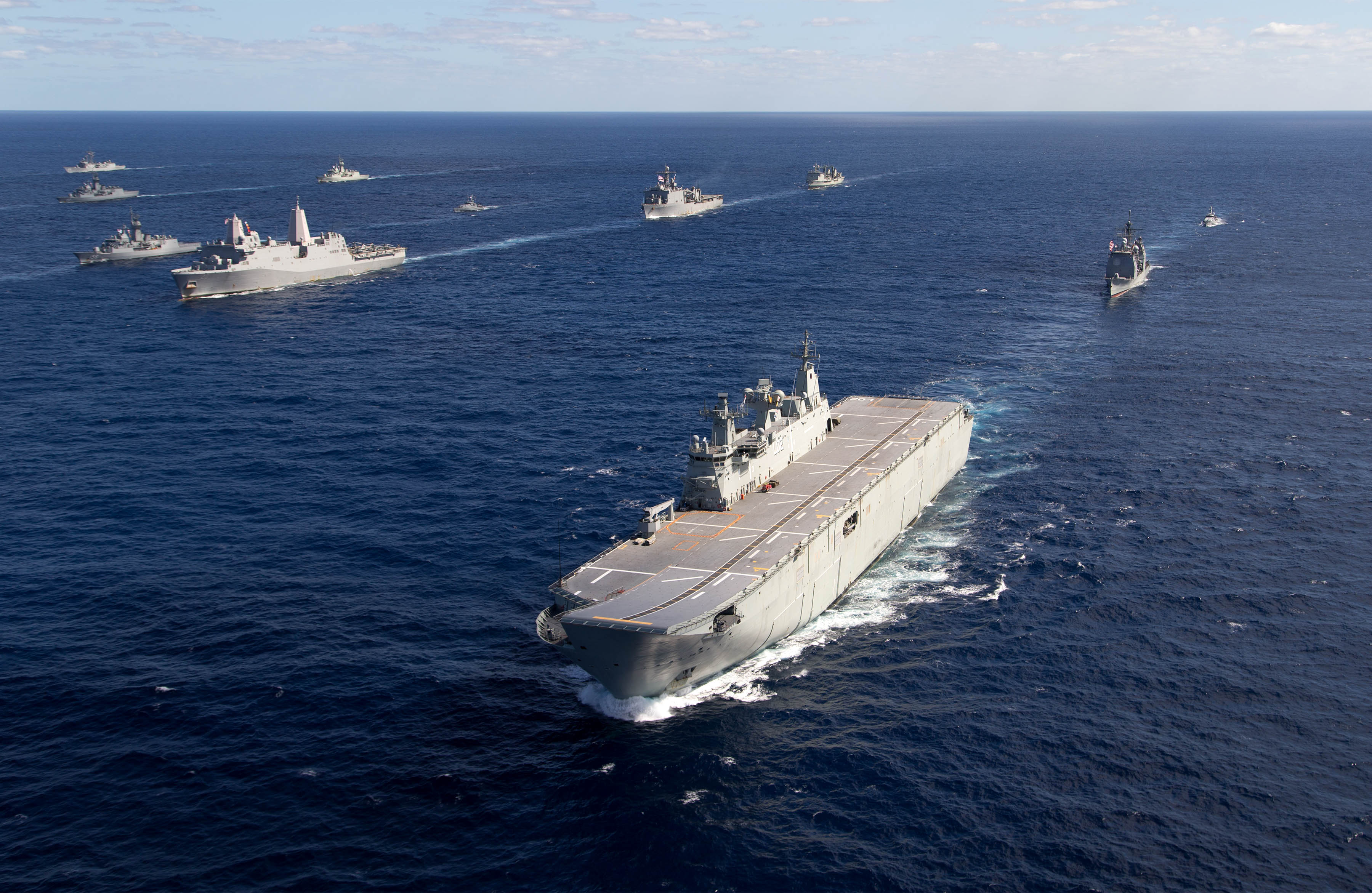 HMAS Canberra forms up with Navy Ships from United States of America and New Zealand on completion of Exercise Talisman Saber 17.

The deployment is run as a joint service deployment centered around a maritime task group built around one of the two Canberra-class landing helicopter dock ships. Australia’s Department of Defence said IPE21 involves approximately 700 people – including Australian Defence Force and civilian defense personnel, and sea riders from partner nations – and that the engagements have been modified in response to the COVID-19 pandemic. The engagements will be carried out primarily through contactless port visits, including a range of virtual workshops and at-sea activities. The IPE21 deployment will see the task group engage with Australia’s partners in Southeast Asia, in addition to participating in the Five Power Defence Arrangements Bersama Gold exercise in October, which marks the 50th anniversary of the defense arrangement between Australia, Malaysia, New Zealand, Singapore and the United Kingdom. Because of the COVID-19 situation in Malaysia, which is slated to host the exercise, Australian, U.K. and New Zealand naval and air assets will stage out of Singapore, rather than Malaysia as originally planned. Activities will mainly include contactless at-sea and in-air engagements, though a scaled-down formal ceremony involving Ministers and Defense Chiefs of the five countries is still on schedule. It is unclear whether the ADF’s MRH90 fleet – grounded in June 2021 and what normally forms the helicopter component for the IPEs – are embarked for the IPE21 deployment. The IPE21 task group is expected to return to Australia in November.