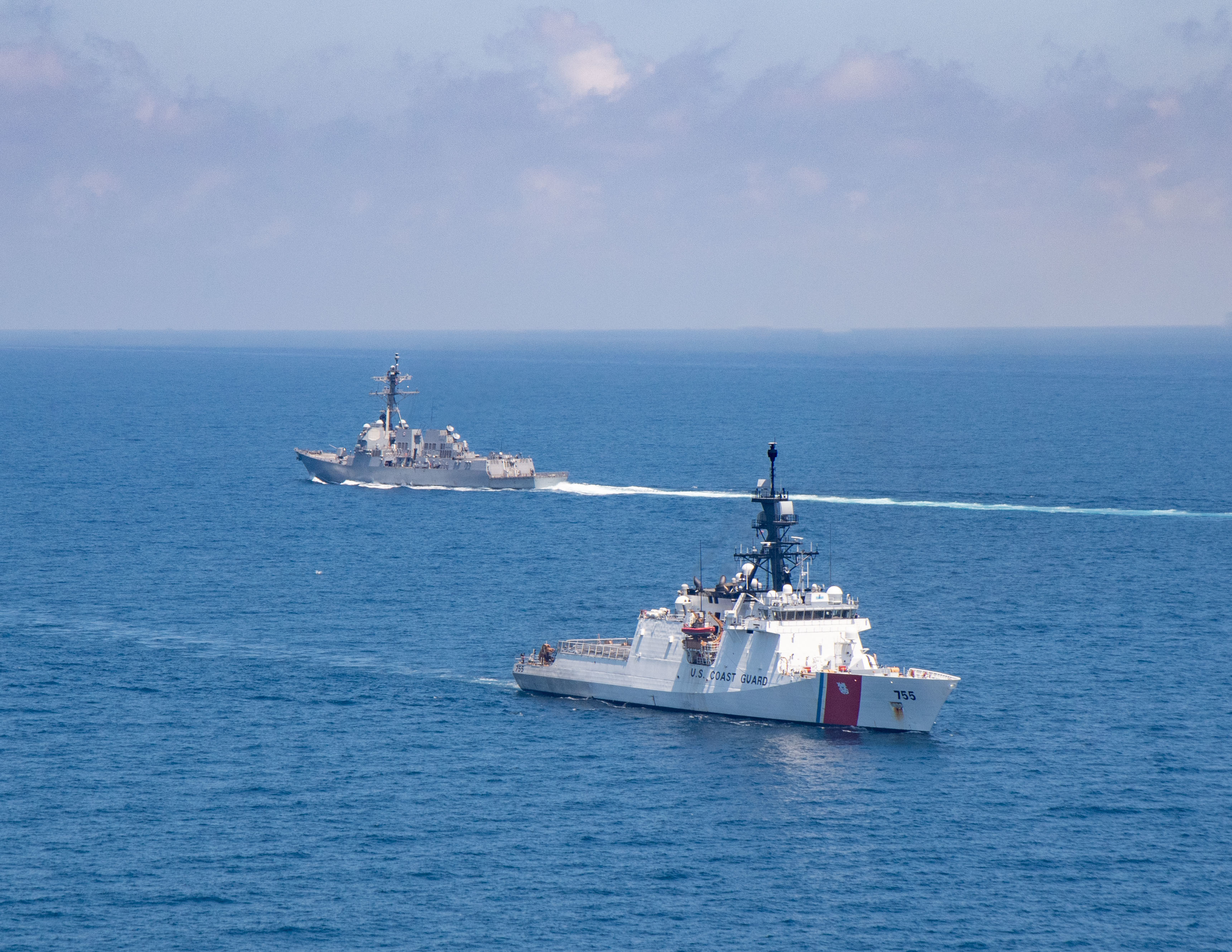 A Navy guided-missile destroyer and a Coast Guard National Security Cutter moved through the Taiwan Strait on Friday, marking the eighth transit of the waters this year by an American warship.

Vice President Kamala Harris also completed a swing through the region this week that included criticism of China’s actions in the South China Sea.

“And yet in the South China Sea, we know that Beijing continues to coerce, to intimidate, and to make claims to the vast majority of the South China Sea,” Harris said during a stop in Singapore. “These unlawful claims have been rejected by the 2016 arbitral tribunal decision. And Beijing’s actions continue to undermine the rules-based order and threaten the sovereignty of nations.”