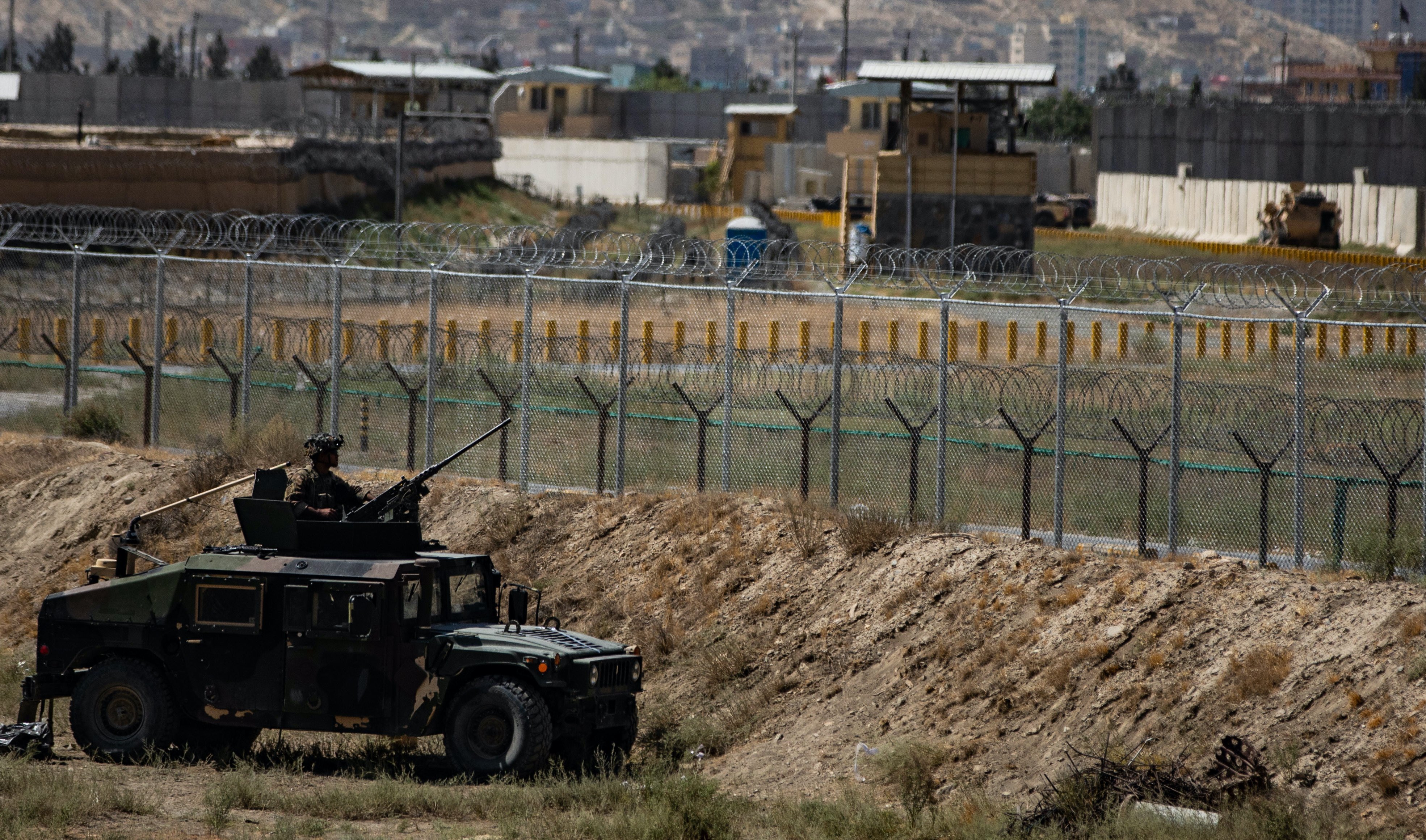 Paratroopers assigned to the 1st Brigade Combat Team, 82nd Airborne Division conduct security as they continue to help facilitate the safe evacuation of U.S. citizens, Special Immigrant Visa applicants, and other at-risk Afghans out of Afghanistan as quickly and safely as possible from Hamid Karzai International Airport in Kabul on Aug. 25, 2021. US Army Photo

This story has been updated to include a statement from the U.S. Marine Corps. This post has been corrected to indicate there was only one suicide bombing attack on Aug. 26.

Ten Marines and at least one Navy hospital corpsman are among the 13 U.S. troops dead following a suicide bomb attack on crowds struggling to get into the Hamid Karzai International Airport in Kabul on Thursday, USNI News has learned.

Eighteen U.S. service members were wounded and an unknown number of Afghans were killed and wounded in an attack believed to have been perpetrated by ISIS Khorasan. The military believes a suicide bomb was detonated near the Abbey gate at HKIA and another bomb – which it doesn’t have much information about – was detonated near the Baron Hotel by the airport, U.S. Central Command chief Gen. Frank McKenzie told reporters today at a Pentagon briefing.

On Friday, U.S. officials said there was only one bombing attack in a statement to reporters.

“The attack on the Abbey gate was followed by a number of ISIS gunmen, who opened fire on civilians and military forces,” McKenzie said. “A number of Afghan civilians were also killed and injured in the attack. We are treating some of them aboard HKIA. Many other Afghan civilians have been taken out to hospitals in town. We’re still working to calculate the total losses. We just don’t know it – what that is right now.”

In a subsequent statement, the Pentagon confirmed 13 service members were killed while local officials say up to 60 Afghans were killed in the attacks.

“I can confirm that subsequent to Gen. McKenzie’s remarks, a thirteenth U.S. service member has died from his wounds suffered as a result of the attack on Abbey Gate,” CENTCOM spokesman Capt. Bill Urban said in a Thursday evening statement. The latest number of injured is now 18, all of whom are in the process of being aeromedically evacuated from Afghanistan on specially equipped C-17s with embarked surgical units. We continue to provide the best possible medical care to those injured.”

In a late Thursday statement, the Pentagon confirmed 10 of the 13 killed were Marines.

“We can confirm at this time 10 Marines were killed in the line of duty at Hamid Karzai International Airport. Additionally, several more were wounded and are being cared for at this time,” Marine spokesman Maj. Jim Stenger said in a statement.
“We mourn the loss of these Marines and pray for their families. The identities and units of those killed will be withheld until 24 hours after all next-of-kin notifications are complete.”

U.S. officials have been briefed that those killed include Marines and a Navy hospital corpsman, USNI News understands. Rep Jason Crow (D-Col.) acknowledged Marines and a sailor were killed in the attack during an appearance on CNN. Other reports have said the other two service members killed were soldiers. 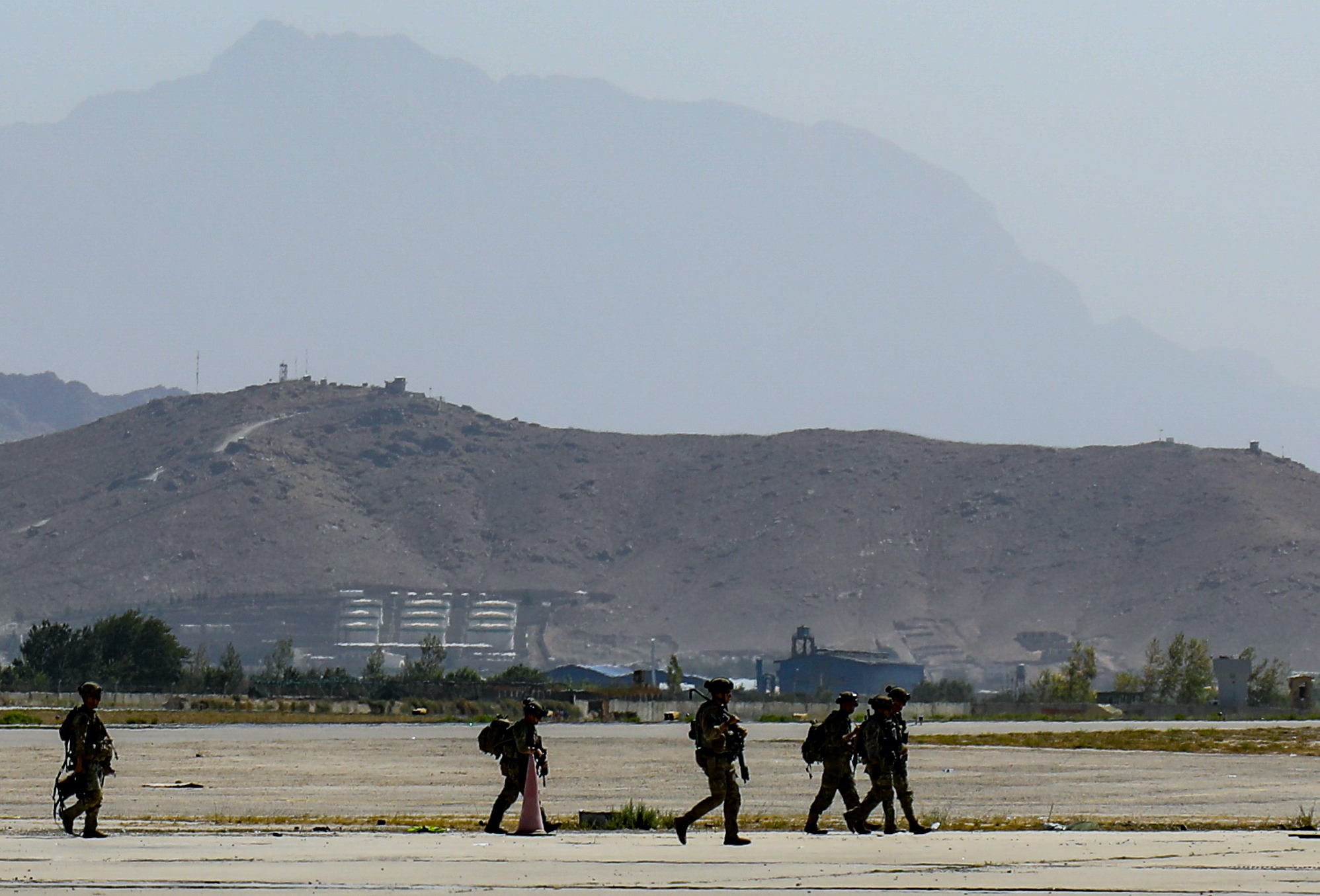 “This is a solemn day for the U.S. Navy and Marine Corps team. Those warriors who died gave their lives to save thousands of men, women and children, Americans and Afghans alike,” Chief of Naval Operations Adm. Mike Gilday said in a statement.
“Their courage and selflessness represent the highest ideals of America. We pay solemn tribute to their sacrifice.”

The effort to evacuate Americans and Afghans seeking Special Immigrant Visas from Kabul will go on despite the attacks, according to McKenzie, who said he has the forces needed to continue with the evacuation. As of Thursday afternoon, there are about 5,000 people waiting to leave Kabul at HKIA, McKenzie said.

The CENTCOM commander confirmed one bomb went off at the gate to HKIA, meaning the bomber was able to make it through prior Taliban checkpoints. U.S. service members are performing checks at the gates to the airport to ensure no evacuees are carrying bombs, but doing so requires them to get close to and physically touch the individuals they are checking, McKenzie noted.

“Now, the Taliban have conducted searches before they get to that point. And sometimes those searches have been good and sometimes not,” McKenzie said. “I will simply note that before this attack, we had passed 104,000 people through. So this attack is one too many, but we’ll evaluate what happened.”

McKenzie said he isn’t sure if the Taliban allowed the attack to happen.

“I don’t think there’s anything to convince me that they let it happen. As to whether or not I trust them – that’s not necessarily – that’s a word I’d use very carefully. You’ve heard me say before it’s not what they say, it’s what they do. They have a practical reason for wanting us to get out of here by the 31st of August, and that’s they want to reclaim the airfield,” McKenzie said. “We want to get out by that day too if it’s going to be possible to do so. So we share a common purpose. So as long as we’ve kept that common purpose aligned, they’ve been useful to work with. They’ve cut some of our security concerns down and they’ve been useful to work with going forward. Now, long-term, I don’t know what that’s going to be.” 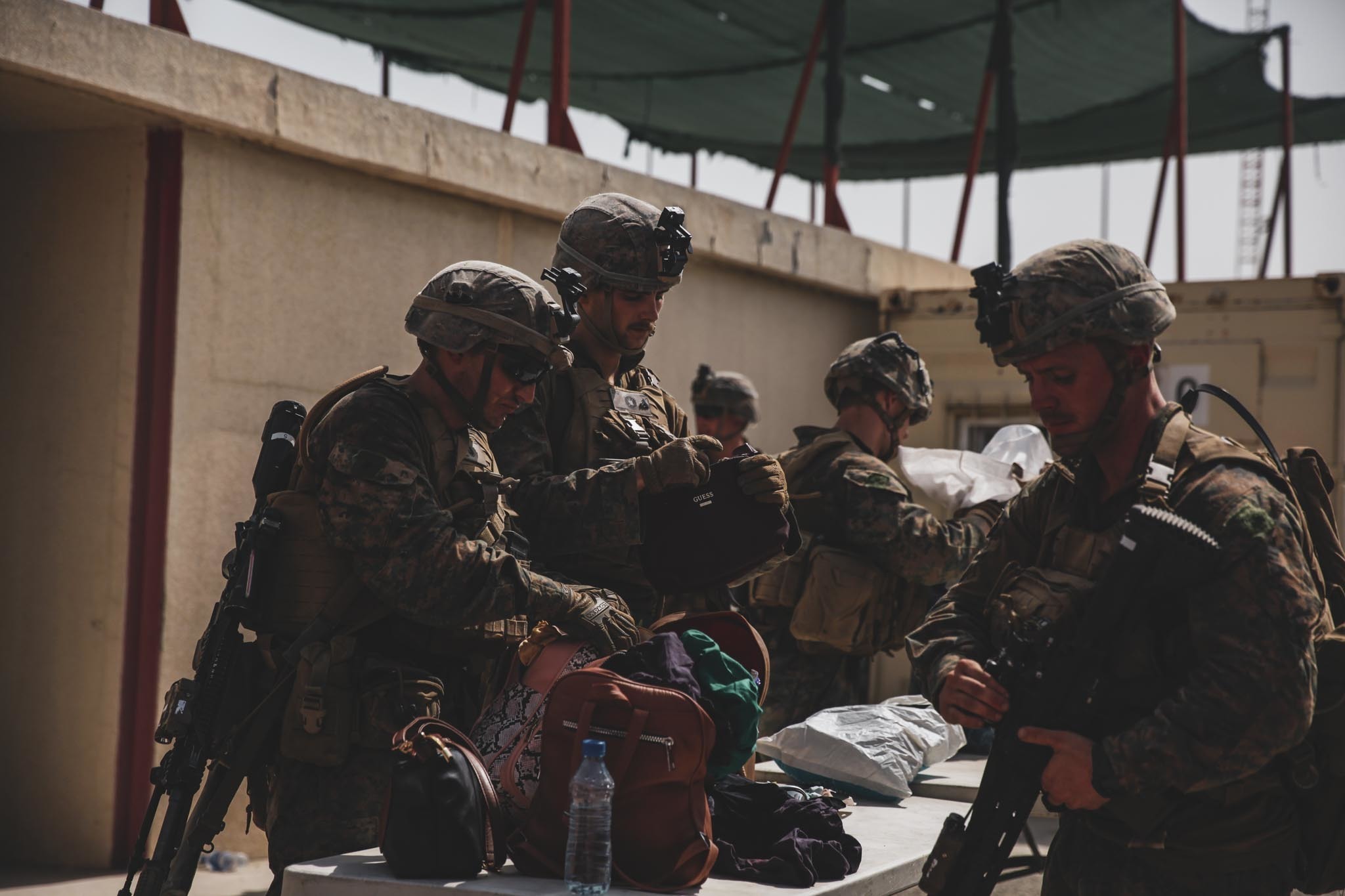 The Ronald Reagan Carrier Strike Group is also operating in the North Arabian Sea and has sent F/A-18E/F Super Hornets on missions over Kabul.

The U.S. dispatched 2,000 Marines who are trained in non-combatant evacuation operations from the 24th Marine Expeditionary Unit based in Camp Lejuene, N.C., to HKAI, along with elements of Special Purpose Marine Air-Ground Task Force-Crisis Response-Central Command.

Marines from the 24th MEU were dispatched from the three-ship Iwo Jima Amphibious Ready Group in early August and positioned in Kuwait to be transported via C-17 into Afghanistan in case of an armed evacuation from Kabul.

The Marines “primarily focused on … the evacuation control center. That is the efforts to process American citizens, [Special Immigrant Visas applicants] and other Afghans and partner-nation citizens for evacuation and ensure that they get on the planes and get out of the country to various locations,” Brig. Gen. Peter Huntley, director of operations at Marine Corps headquarters, told reporters last week. “We also are participating as part of the perimeter security,” along with the 82nd Airborne Division.

The two explosions are believed to be attacks perpetrated by ISIS Khorasan – an ISIS affiliate that operates in Pakistan and Afghanistan.

In remarks to reporters, President Joe Biden vowed to seek retribution on ISIS-K on Thursday afternoon.

“We must complete this mission and we will. We will not be deterred by terrorists. We will not let them stop our mission. We will continue the evacuation,” Biden said.
“I’ve also ordered my commanders to develop operational plans to strike ISIS-K assets, leadership and facilities… To those who carried out this attack as well as anyone who wishes America harm know this: We will not forgive. We will not forget. We will hunt you down and make you pay.”

U.S. officials have stressed the ISIS threat to the evacuation operation at the airport is ongoing.

The deaths come as the U.S. is approaching the Aug. 31 deadline for leaving the country as part of a deal between Washington and the Taliban.

“On behalf of the men and women of the Department of Defense, I express my deepest condolences to the loved ones and teammates of all those killed and wounded in Kabul today,” Defense Secretary Lloyd Austin said in a statement. “Terrorists took their lives at the very moment these troops were trying to save the lives of others. We mourn their loss. We will treat their wounds. And we will support their families in what will most assuredly be devastating grief.”