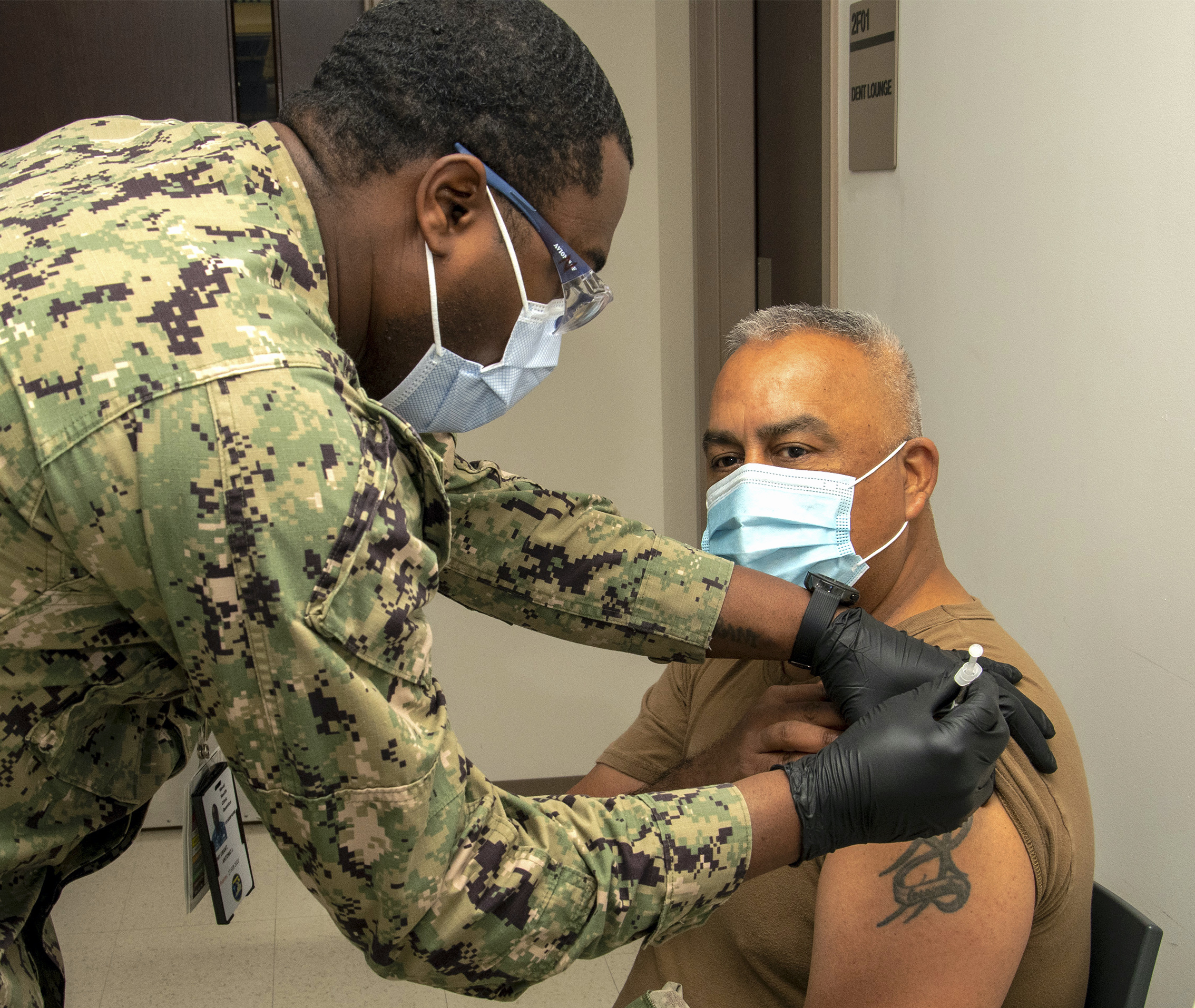 The Defense Department will begin requiring Pfizer’s COVID-19 vaccination now that it has received full approval from the Food and Drug Administration, the Pentagon’s spokesman said today.
The Pentagon is still working on the guidance it will issue to U.S. forces about the vaccine requirement, Defense Department spokesman John Kirby told reporters during a briefing.

“So now that the Pfizer vaccine has been approved, the department is prepared to issue updated guidance requiring all service members to be vaccinated,” Kirby said. “A timeline for vaccination completion will be provided in the coming days.”

The Pentagon could not mandate service members receive a COVID-19 vaccination while the vaccines were approved under the emergency use authorization. Defense Secretary Lloyd Austin earlier this month wrote a memo saying he would ask President Biden to begin requiring the vaccine “no later than mid-September, or immediately upon the U.S. Food and Drug Agency (FDA) licensure, whichever comes first.” The FDA formally approved the Pfizer shot on Monday.

Meanwhile, two Navy sailors and one Marine died earlier this month from COVID-19-connected complications, according to the services.

Sgt. Edmar Ismael, 27, an electrician with Support Platoon, Engineer Support Company, 8th Engineer Support Battalion, died at Harborview Medical Center in Seattle, Wash., on Aug. 14, according to a Marine Corps news release. Ismael’s battalion was under the 2nd Marine Logistics Group based out of Marine Corps Base Camp Lejeune in North Carolina.

“We are deeply saddened by the tragic loss of Sgt. Ismael. He was a fighter, and his resolve battling this illness was tremendous,” Lt. Col. Brandon Cooley, the 8th Engineer Support Battalion’s commanding officer, said in the release. “We will continue to offer support to his family, friends, and colleagues during this difficult time.”

Ismael is the first Marine to die of COVID-19.

Personnel Specialist First Class Debrielle Richardson, 29, died in the hospital on Aug. 13, the U.S. Navy Reserve said in a news release. At the time of her death, Richardson was a full-time support sailor with the “Jaguars” of Helicopter Maritime Strike Squadron 60 (HSM-60) based out of Jacksonville, Fla., according to her service biography.

“The Jaguar family is deeply saddened by the loss of our friend and shipmate, PS1 Debrielle Richardson,” Cmdr. Dan Jones, HSM-60’s commanding officer, said in a news release. “Her tremendous positive spirit and exceptional work ethic have left an incredible legacy here at the squadron and our community. The Jaguars are proud to have served alongside her and will continue to support her family and our Sailors during this difficult time.”

McMahon had been assigned to Naval Air Station Joint Reserve Base New Orleans since 2019, according to his service biography.

Richardson and McMahon are the 8th and 9th active-duty sailors, respectively, to die from complications connected to COVID-19, according to USNI News’ reporting on Navy deaths related to the virus.

To date, 12 sailors have died from COVID-19 complications.

On Apr. 29, Senior Chief Fire Controlman Michael Wilson, 45, died at Riverside Regional Medical Center in Newport News, Va. At the time, Wilson was on a short-term assignment at the Information Warfare Training Command in Virginia Beach.

On Feb. 22, Chief Hull Technician Justin Huf, 39, died at the Sentara Leigh Hospital’s intensive care unit in Norfolk, Va. He was assigned to Assault Craft Unit (ACU) 4 at the time. Aviation Support Equipment Technician 1st Class Marcglenn Orcullo, 42, who was part of the crew of USS Wasp (LHD-1), died in a Norfolk, Va., hospital from complications connected to COVID-19 on Feb. 12.

On Feb. 2, Navy boot camp instructor Chief Quartermaster Herbert Rojas, 50, died of COVID-19 at home while he was in quarantine.

According to an Aug. 18 weekly update from the service, 77 Navy civilians, one dependent and 31 Navy contractors had died from COVID-19. The service has reported 72,183 cases in total, 42,909 of whom have been military personnel.