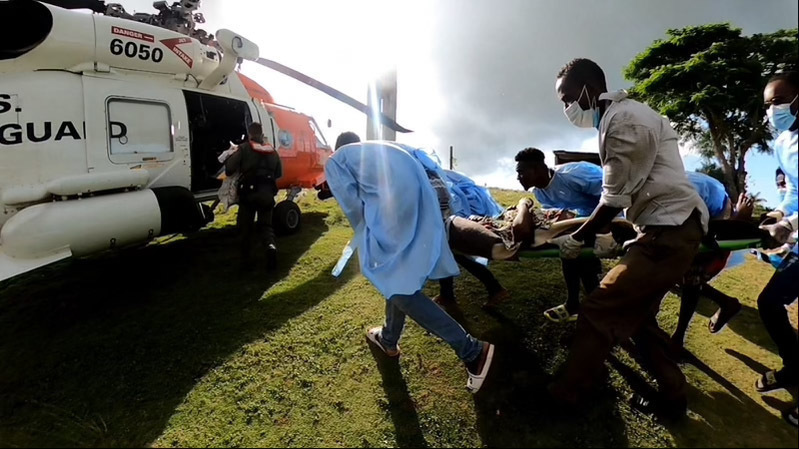 The U.S. is preparing to send an amphibious warship to support the ongoing disaster relief efforts in Haiti following a massive earthquake that shook the island nation on Saturday, a defense official told USNI News on Monday.

The amphibious warship will join the ongoing Department of Defense mission in support of U.S. Agency for International Development efforts following the 7.2 magnitude earthquake that has killed more than 1,300 people on the island, according to the government in Port au Prince.

The brunt of the quake hit the southwestern Tiburon Peninsula and blocked roads and collapsed bridges, cutting off towns from support from the road, Sarah Charles, assistant to the administrator of USAID’s Bureau for Humanitarian Assistance, told The Miami Herald.

On Sunday, Secretary of Defense Lloyd Austin told U.S. Southern Command commander Adm. Craig Faller to assist in the USAID effort, Pentagon spokesman John Kirby told reporters on Monday. Joint Task Force Haiti supports the humanitarian effort and is led by Rear Adm. Keith Davids, commander of U.S. Special Operations Command South. A team of 14 from the military is on the ground to assess the need from the U.S. while Navy and Coast Guard aircraft and Coast Guard cutters are on scene.

“The Navy is aiding with unmanned and manned aircraft to provide aerial images of earthquake devastation,” he said.
“Those images will be used to help determine what relief capabilities are needed, where and when. U.S. Coast Guard helicopters and aircrews are transporting medical personnel and evacuating those requiring higher levels of care. These Coast Guard cutters will remain offshore and on standby to assist relief efforts.”

The addition of an amphibious warship will provide an additional offshore helicopter capability and landing craft, which can get to difficult-to-reach parts of Haiti that are still cut off from relief.

The earthquake hit the island as it’s still suffering from the ongoing COVID-19 pandemic and the political unrest following the assassination of President Jovenel Moïse in July.

The situation will likely worsen after the remains of Tropical Storm Grace pass over the region, which could lead to more collapses due to additional rainfall, reported The Miami Herald.