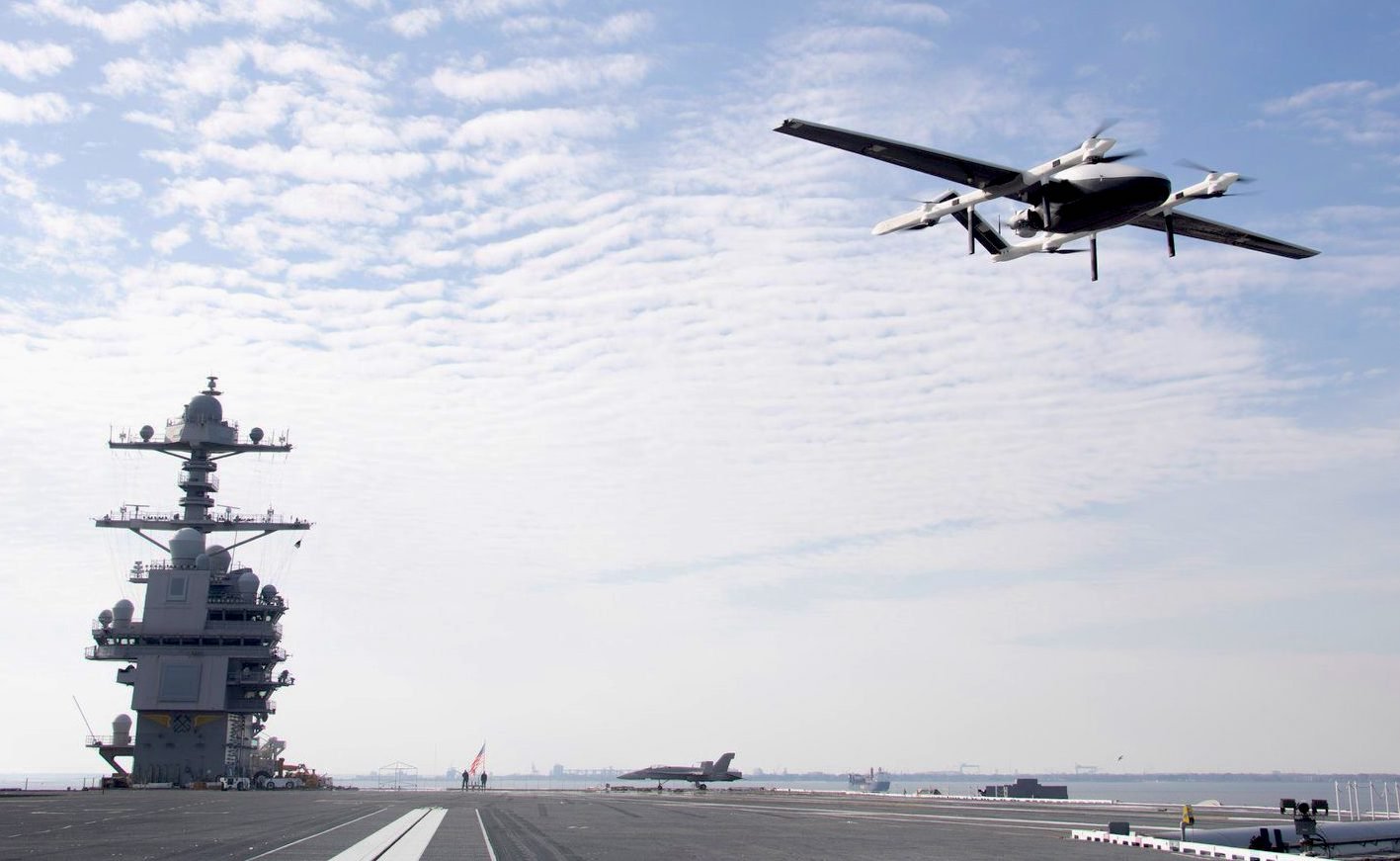 The Navy has demonstrated that small drones could take the place of manned platforms in delivering critical spare parts, most of which weigh less than a large bag of dog food, between ships at sea.

Most ships and aircraft taken out of mission-capable status when deployed lack simple components like electronics or wiring assemblies, 90 percent of which weigh less than 50 pounds, according to Navy statistics.

When even one of the smaller components must be moved from one ship to the other, the ferry flight falls to a manned platform like an MH-60 helicopters or V-22 Osprey.

“We want to develop a logistics [unmanned aerial system] to get rid of the helos that transport parts back and forth,” said Tony Schmidt, director of rapid prototyping, experimentation and demonstration at the Naval Air Warfare Center Aircraft Division.

From there, the idea was born to use a group two or group three UAS to move some spare parts and other supplies between ships. Group two UAS, according to the Defense Department scale, are those that weigh between 20 and 55 pounds and fly below 3,500 feet above the ground like a Scan Eagle. Larger group three UAS include the RQ-7 Shadow and RQ-21 Blackjack that weigh up to 1,300 pounds.

NAWCAD put out a call to industry with its desired capabilities and put several through their paces during the 2019 Advanced Naval Technology Exercise (ANTX), which “allowed industry to demonstrate their potential solutions in an operational mission environment and we were able to say who we want to go work this problem with,” Schmidt said.

Industry was required to prove its UAV could autonomously transport a 20-pound payload to a moving ship 25 miles away without refueling. Of over 65 UAS platforms that were analyzed, two systems were technically advanced enough to partially meet the difficult requirements.

Navy engineers eventually landed on a “non-traditional partner” in Texas-based Skyways, which was determined to have the necessary size, payload capacity and range to meet the Navy’s needs. The program is now dubbed the Blue Water Maritime Logistics UAS. Skyways delivered the UAS prototype in October 2020.

The electric Skyways V2.2 drone features four rotors surrounding a tear-shaped body with an aft propeller. It sports wings and a peaked tail for forward flight and boasts a range of 65 miles and a 20-pound payload. A hybrid-electric V2.5 has the same basic configuration but can carry 25 pounds of cargo 500 miles, according to the company’s website.

At the behest of Navy leaders who saw demonstrations of the Skyways unmanned aircraft, which is capable of vertical-takeoff-and-landing, the UAS was rushed to the deck of carrier USS Gearld R. Ford (CVN-78) carrier in Norfolk, Va. There it completed two weeks of trials in February, Schmidt said.

Over two weeks in February, the system demonstrated its utility in quickly delivering small packages representing spare parts and other necessary supplies in a carrier environment aboard Ford.

With the success of the February event, Navy engineers and test pilots are continuing development of the technology, including enhancements in handling and ship storage, internal cargo carriage, advanced propulsion, navigation, collision avoidance and landing systems, according to a promotional video for the prototype drone, Schmidt said.

“That’s not the end of the story,” Schmidt said at the Navy League’s annual Sea-Air-Space 2021 symposium outside Washington, D.C. “Two weeks ago, at the end of July, we took that airplane and flew it ship-to-ship from the USS Bainbridge (DDG-96) to USNS Joshua Humphreys (T-AO-188). In nine months, we went from a prototype to demonstrating a ship-to-ship capability. Pretty exciting; pretty fast.”

Schmidt said the eventual Blue Water drone likely will not be the Skyways drone, but will be chosen based on requirements generated from testing that model. NAWCAD is looking at other UAS with delta wings and other advanced configurations, he said.

Based on the success of that demonstration and amid ongoing conversations with the Navy/Marine Corps Small Tactical UAS Program Office at PMA-263, “we’re pretty sure this is going to get picked up as a program of record,” Schmidt said.