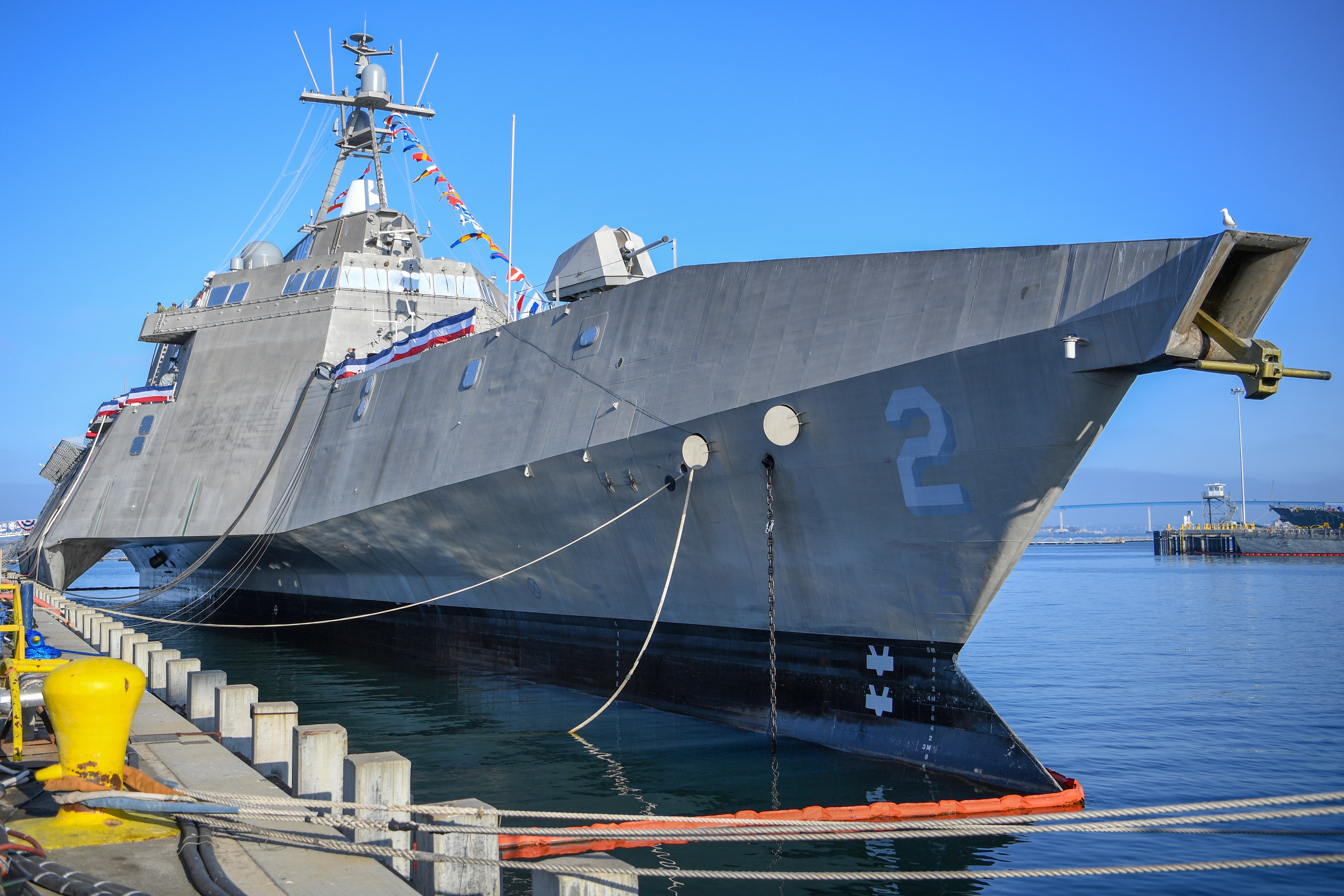 USS Independence (LCS-2) is moored alongside the pier during its decommissioning ceremony at Naval Base San Diego, Calif., on July 29, 2021. US Navy Photo

The namesake of the Navy’s Independence-class of Littoral Combat Ships left the fleet after 11 years in a small pier-side ceremony in San Diego on Thursday, according to the service.

USS Independence (LCS-2) was ceremonially decommissioned at an event not open to the public “due to public health safety and restrictions,” reads a release from Littoral Combat Squadron 1.

In a speech, commander Naval Surface Forces, Vice Adm. Roy Kitchener praised the crew for helping the Navy refine how it uses the class of ships.

“Without their efforts and experiences, the ship class would not be where it is today with six ships deployed throughout the world. Those improvements, made largely in part due to this crew’s experience and input, will continue to carry the LCS class into the future,” he said in a speech at the pier. 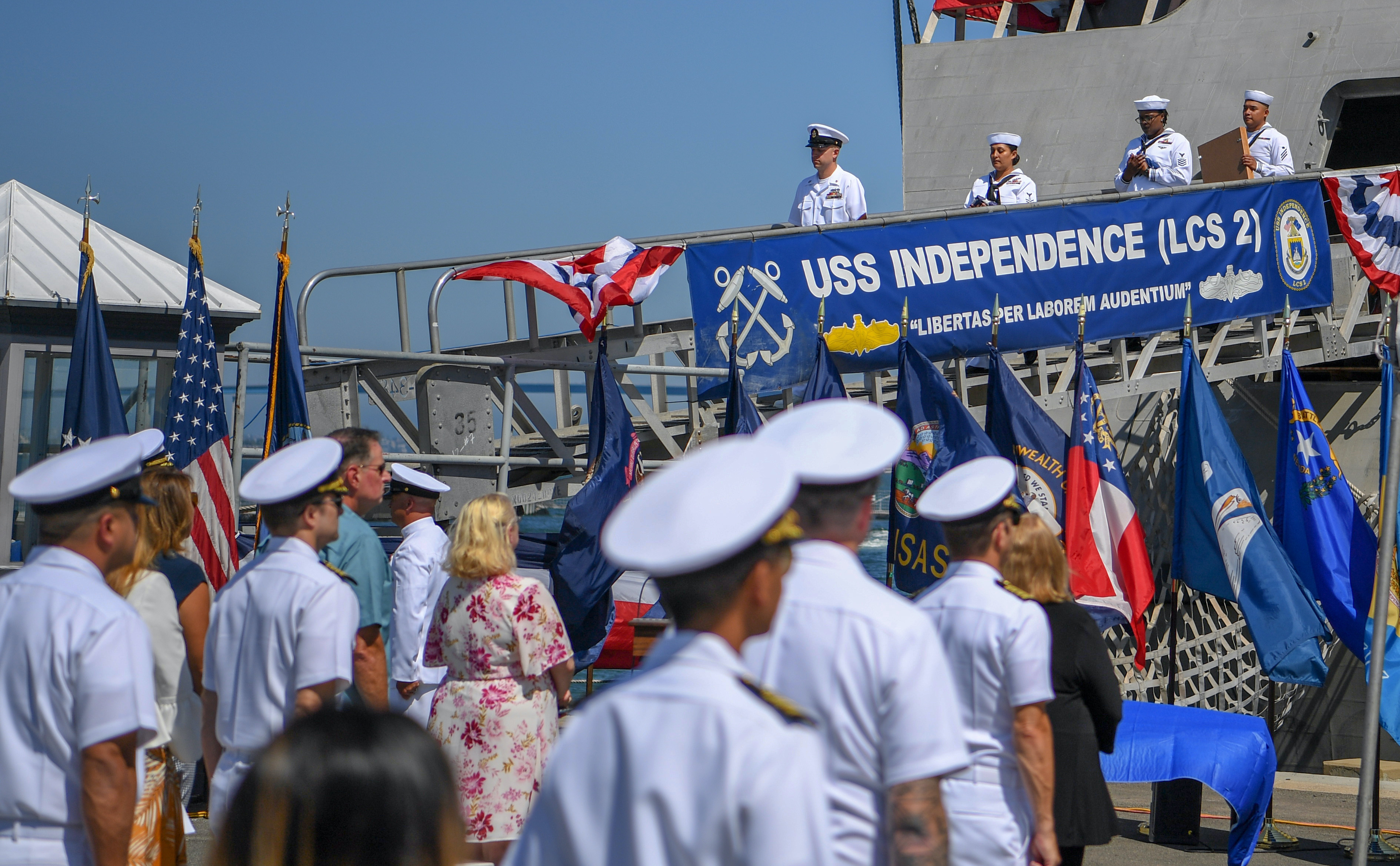 Independence, based in California, was scheduled to formally leave the fleet on July 31, according to a memo reviewed in May by USNI News. It’s been used as a testbed for mission package development and leaving the fleet well ahead of its expected 25-year service life.

The 3,000-ton Independence and sister-ship USS Coronado (LCS-4) were the first two Independence-class trimaran ships built to compete for the Navy’s Littoral Combat Ship contract. The ships competed along with the Freedom-class steel monohull LCS USS Freedom (LCS-1) and USS Fort Worth (LCS-3) before the Navy elected to build both versions of LCS.

Freedom is scheduled to leave the fleet in September.

As part of the FY 2021 budget, the Navy said it was too expensive to upgrade the first four ships for a new era of “great power competition” and sought to decommission the quartet.

“They’re not unimportant, just in great power competition they were less important – so that’s why we took those savings and applied it to other areas,” then-Deputy Assistant Secretary of the Navy for Budget Rear Adm. Randy Crites said in 2020.

CNO Adm. Mike Gilday told USNI News in an interview it would take $2.5 billion to upgrade the first four ships – money he would rather put toward the emerging Constellation-class frigate (FFG-62) program.

The Navy’s plan to divest the hulls to free up money to invest in future ships or emerging weapons like hypersonics has met with widespread criticism in Congress.

“I’m not buying it,” Rep Elaine Luria (D-Va.) told USNI News in May.
“We need to look at what we have today and how we can use it and how we can use it most efficiently. The idea of divesting of current platforms that still have usable service life in order to invest in something that we might develop the technology for in the future – paired with our poor track record on [developing new] platforms – just makes absolutely no sense to me.”