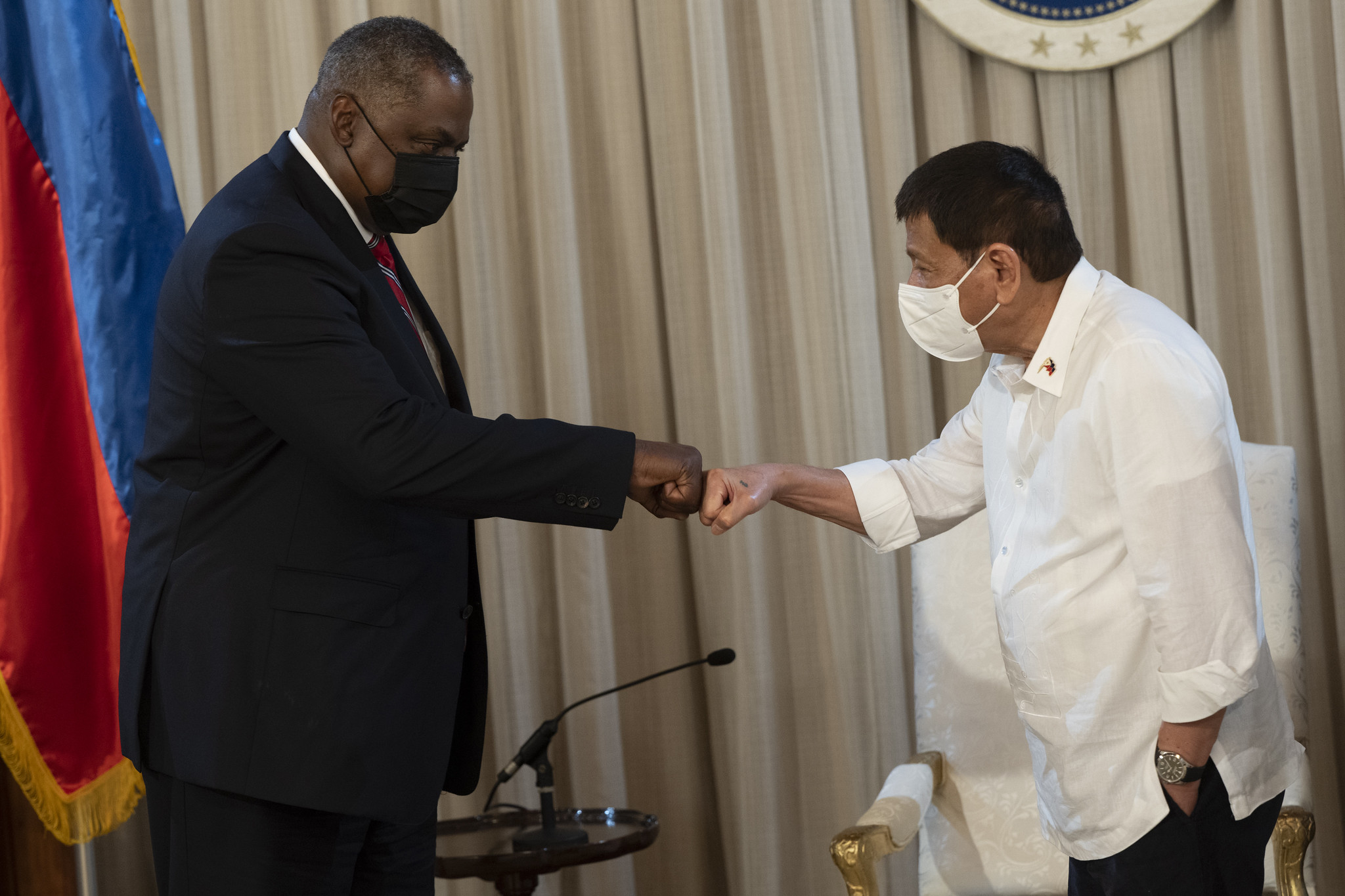 MANILA – The Duterte administration has re-committed to the Visiting Forces Agreement (VFA) basing deal that would let U.S. forces operate from the Philippines after a meeting with U.S. Defense Secretary Lloyd Austin.

The decision to take back its pending notice with the U.S. government scuttling the security agreement was announced by Defense Secretary Delfin Lorenzana during a press briefing with Austin at the military’s national headquarters on Friday.

“After the meeting of President Rodrigo Duterte with Secretary Austin last night, the President decided to retract the notice of termination of the Visiting Forces Agreement,” Lorenzana announced to journalists at Camp Aguinaldo.

Austin took his first official trip to Southeast Asia, visiting the Philippines for two days, where he met with Duterte before meeting his Philippine counterpart on the following day for a bilateral meeting.

The U.S. defense secretary thanked Duterte for his decision and underscored that “a strong and resilient U.S. and Philippines alliance remain vital to the security, stability and prosperity of the Indo-Pacific.”

“A fully restored VFA will help us achieve this goal together,” Austin said.

The VFA governs the presence and activities of U.S. forces in the Philippines, and both Washington and Manila acknowledged that the agreement is an integral part of the U.S.-PHL Mutual Defense Treaty.

The Duterte government sent a notice abrogating the VFA last year, but the filing has since been renewed at least twice by Manila. The agreement could be abrogated six months after the filing of notice by any of the parties.

During the briefing, Lorenzana said that in the bilateral meeting with Austin they discussed the future of the two countries’ alliance based on the “current priorities of our respective administrations.”

“It underscored the significance of the bilateral defense relations between the Philippines and the U.S. in light of new and re-emerging challenges that confront our nations,” Lorenzana said.

Austin said he was “glad to have the opportunity in person to reaffirm our shared commitment to the U.S.-Philippine alliance.”

Aside from the VFA and boosting defense cooperation between the two countries, the two defense secretaries also discussed developments in the South China Sea and the Indo-Pacific region, as well as the fight against COVID-19.