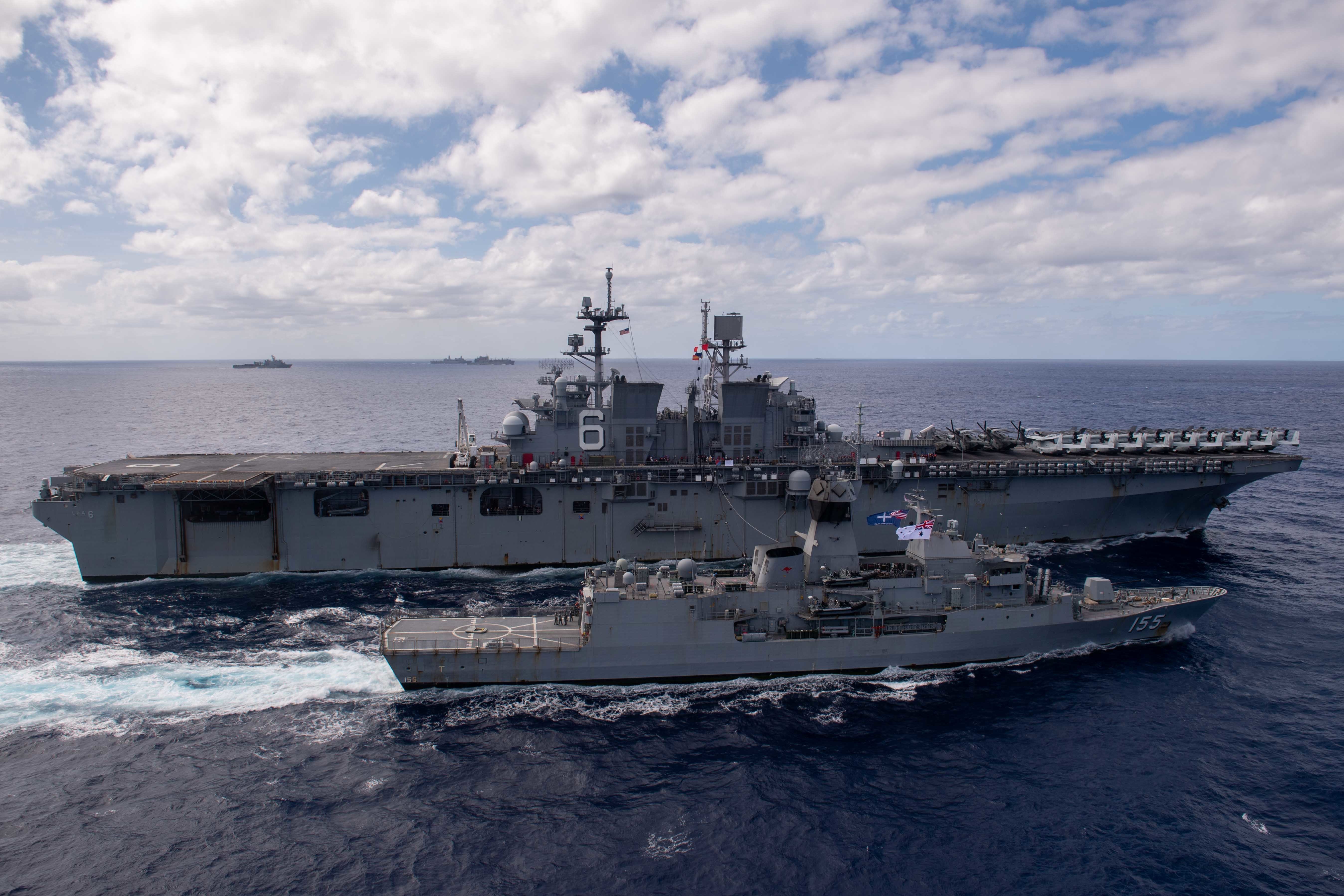 KUALA LUMPUR – The latest the Talisman Sabre exercise proved that the U.S. and its Pacific allies could form a unified and capable naval force in a matter of days, the commander of the U.S. Navy’s Japan-based expeditionary strike group said this week.

“Talisman Sabre is a phenomenal exercise. Australia [and] the United States, along with multinational partners, are doing what we come here to do, which [was] to enhance interoperability by training together in a very complex multi-domain warfare scenario,” Engdahl said. Baker said the exercise folded the different partners into composite warfare commander constructs such as having destroyer HMS Brisbane (D41) operating as the air warfare commander.

“The exercise is an excellent opportunity to demonstrate naval interoperability, not just between the Marines and Navy, but also with our partners and allies, working together and seeing their proficiency. It’s been eye opening to my Marines and I and gives us great confidence that if we’re required to fight together, we would not only fight together but we will prevail,” Nakonieczny said.

Even though the task group operated disparately and several of the ships were coming off previous exercises and deployments, the integration of the task group went smoothly said Engdahl. “We don’t need five weeks of integration. We can really come together, and in about 44 hours we’re a fully functional, robust combat force,” he said.

While the ships in the task group possess different system radar, sensors, sonar and helicopter capabilities, “They really mesh so well together, and as the admiral in charge, it is a credible menu of options to have” Engdahl noted.

This is the first time America and its embarked VMFA 121 F-35Bs have deployed together in a Talisman Sabre exercise.Engdahl said the integration of the F-35Bs and RAAF F-35s combined with other RAAF platforms such as their airborne early warning aircraft, tankers and F/A-18s has been “spectacular.” Nakonieczny added that as a versatile aircraft and provided the agility of a fifth-generation fighter along with the electronic warfare capability of Marine Corps legacy aircraft.

America has no well deck, in contrast to previously deployed amphibious assault ships. Baker said that the difference was both a blessing and a curse.It is a little bit of a challenge, and definitely of [a] benefit, but the things that we are learning [are] exactly that, how to operate with a lower surface-lift capacity while raising the air capacity, so what you lose in some areas, you definitely gain in others.

“And just like anything else, we adapt to the environment, we play the hand that we’re given and one of the things we’re learning is [that] we can do exactly that, we can continue the missions that are required of us and we can adapt to the tools that we are given.”

Engdahl added that the LHA brings a wide variety of additional options in sea, logistics, flight deck space and capacity, and allows the ESG to do much more dynamic lift, movement and envelopment with it.

Engdahl also commented on the presence of two Chinese surveillance ships monitoring the exercise, but said their presence had very little impact on the exercise. He added that it showed the resiliency of the multinational forces that the exercise was carried out without any limitations. He added that future Talisman Sabre exercises will likely have partner countries in more leadership roles in the exercise. “They are more than ready and they have contributed in numerous ways in every warfighting domain,” he said.