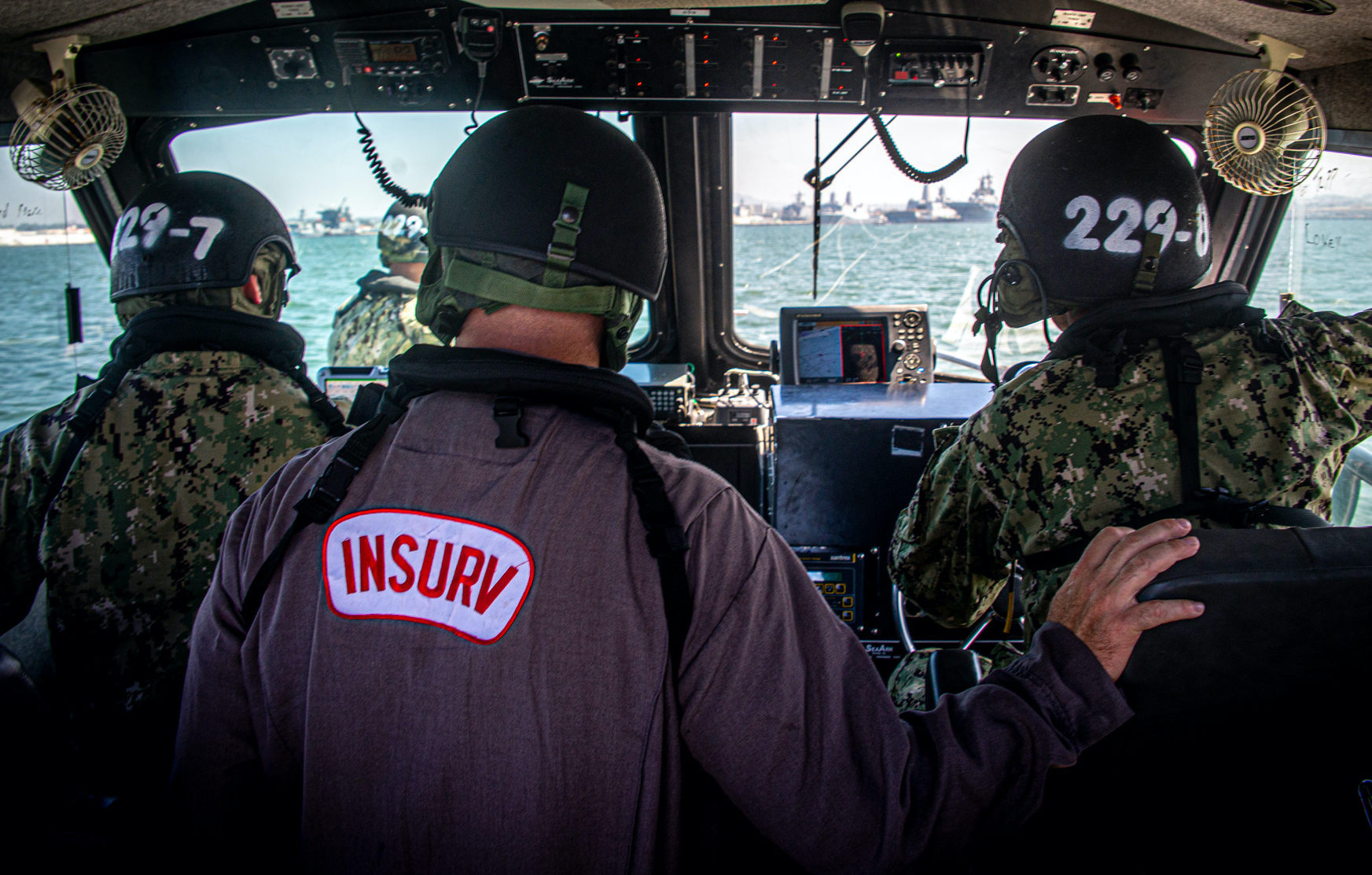 The House Armed Services Committee readiness subcommittee wants to make sure the independent report on the health of the Navy’s fleet continues in perpetuity.

The panel’s mark of the Fiscal Year 2022 defense policy bill, released on Wednesday, includes language mandating the Navy “make permanent the requirement for an annual report to the congressional defense committees on the material readiness of Navy ships.”

The provision’s inclusion in the mark comes after HASC readiness subcommittee chairman Rep. John Garamendi (D-Calif.) and HASC seapower and projection forces subcommittee ranking member Rep. Rob Wittman (R-Va.) unveiled legislation earlier this year meant to save the Board of Inspection and Survey (INSURV) reports, which under previous legislation would no longer be mandated after Oct. 1, 2021.

Like Garamendi and Wittman’s proposed legislation, the provision in the policy bill mark mandates both a classified report for lawmakers and an unclassified version for the public.

If passed, the provision would eradicate language in the FY 2019 National Defense Authorization Act, which said a report would no longer be mandated after Oct. 1, 2021. USNI News reported earlier this year that the long-standing INSURV reports were slated to end later this year without Congressional action.

Meanwhile, the HASC tactical air and land forces subcommittee also released its mark of the FY 2022 policy bill today. While the subcommittee did not disclose details about funding, a committee aide expressed doubt about the Navy’s approach to ending its F/A-18E/F Super Hornet production line so it could pursue the new Next Generation Air Dominance (NGAD) program. In a briefing with reporters today, the aide noted the Navy unsuccessfully took a similar approach in the recent past.

“In terms of NGAD, yeah, we’re aware that the Navy wants to focus more resources and funding on NGAD. But if you recall, about eight or 10 years ago they tried to do the same thing when F-35C was in development in that they wanted to – you know, they truncated their Super Hornet line to focus more on F-35C. As they found out, as F-35C kind of struggled, the Navy had to go back to procuring more Super Hornets,” the aide told reporters.

“We’re cautious about the Navy’s approach to truncate a hot production line while they focus on a new development program. And given the technology that they’re trying to integrate into NGAD, it’s probably not going to be any easier than what F-35C was,” the aide added. “So, just you know, taking lessons learned from the past, we’re just keeping an eye with how the Navy’s going to move forward with trying to manage and mitigate their strike fighter shortfall.”

The Navy was slated to purchase more Super Hornets in a multi-year procurement from FY 2022 to FY 2024, but in the FY 2021 budget submission the service disclosed plans to cut the buy and instead put the money toward NGAD, “and other key aviation wholeness investments.”

The aide also noted that the Navy is not achieving its cost and schedule for the Service Life Modification effort for the Super Hornets and said the chairman’s mark would speak to any decisions that could alter the Navy’s plans for the fourth-generation aircraft.

“Anything we might do to change the trajectory would be addressed in the full committee mark. As it relates to the Navy’s plans to truncate Super Hornet procurement to focus on SLM – their service life modification program for their existing hornets as well as NGAD – if you look at the current execution of their SLM line, they can’t meet their cost or schedule that they’re planning to,” the aide said.

“They’re trying to put through Hornets within a year timeframe that’ll cost them about $7 to 8 million. Right now, the timeframe is nearly double that, as well as the cost,” the aide added. “And so basically the Navy is not executing their SLM program as they [are] currently planning for in the future, which is to meet that cost and schedule that I just discussed.” 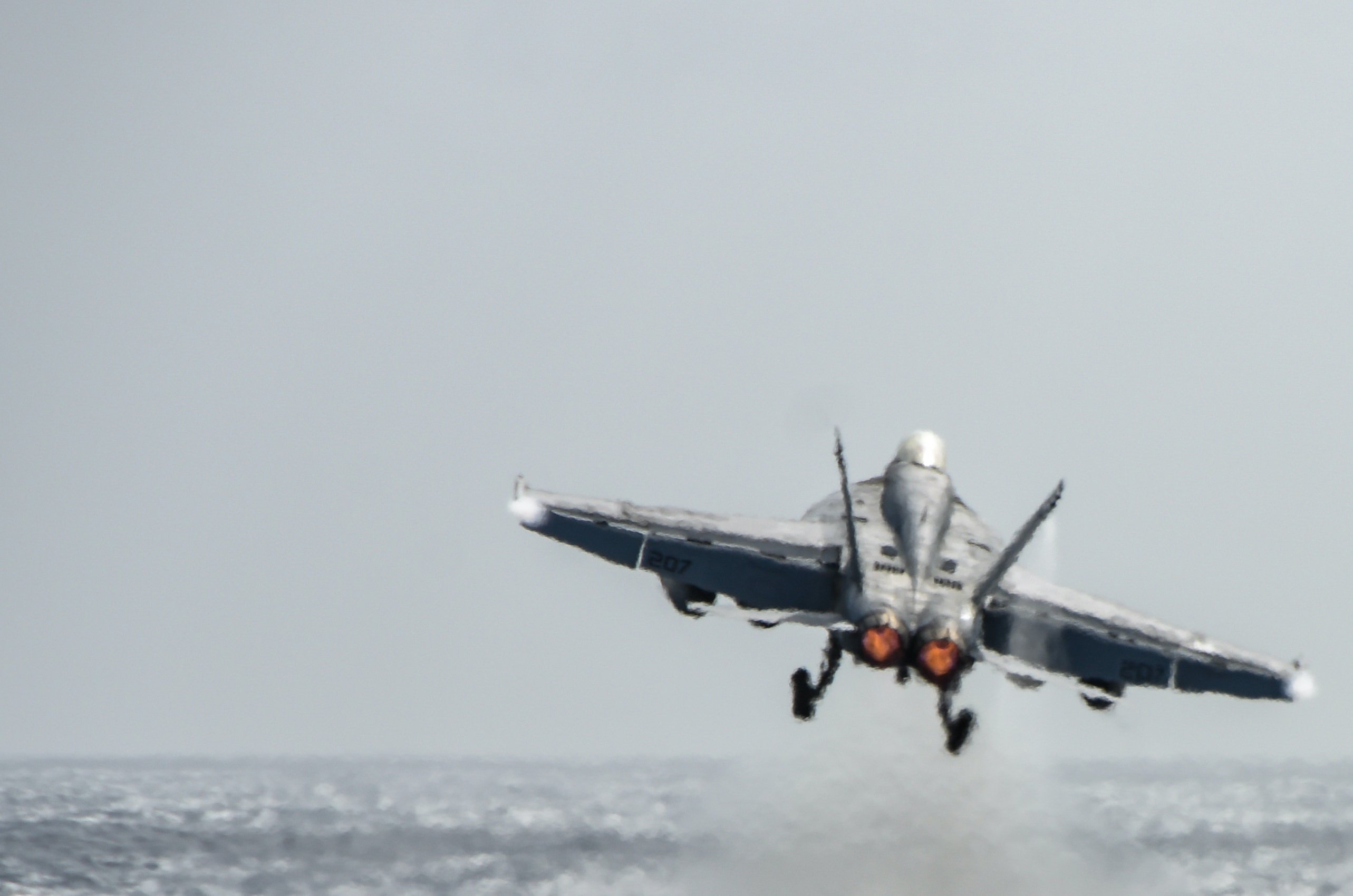 An F/A-18E Super Hornet attached to the ‘Royal Maces’ of Strike Fighter Squadron (VFA) 27 launches from the flight deck of USS Ronald Reagan (CVN-76) on June 25, 2021. US Navy Photo

Rear Adm. Andrew Loiselle, who leads the chief of naval operation’s air warfare directorate (OPNAV N98), recently told Congress that the Navy will alleviate its strike fighter shortfall by 2025 by changing how it fields the F-35C in the air wing. The service is now planning to have one squadron, made up of 14 aircraft, per air wing.

During the call, the aide voiced confusion about the Navy’s calculations on the shortfall and noted the recent budget submission does not include the five-year budget outlook known as the Future Years Defense Program (FYDP).

“As it relates to the strike fighter shortfall itself, yeah, we are kind of you know scratching our heads on how the Navy moved up their analysis in terms of eliminating their shortfall by about five years. One, they didn’t reinstate the 36-aircraft Super Hornets that they were going to procure in ’22, ’23, ’24. They also took out about 104 aircraft out of their service life modification program,” the aide said. “The NGAD program – the Next-Gen Air Dominance – is pretty much on the same timeline that it was last year.”

“And everything they do is out of the FYDP. You know and with us not being able to see their FYDP numbers, we’re kind of skeptical to understand how the Navy manipulated the data and their analysis to bring the shortfall to resolve in five years earlier in 2025,” the aide added.

The subcommittee’s mark calls for the head of the Government Accountability Office to present lawmakers with a report by April 1, 2022 on tactical aviation for the Navy, Air Force and Marine Corps and the services’ shortfalls.

“In addition, the report should assess the extent to which the services’ tactical aircraft acquisition and modernization investment plans, including NGAD efforts, are likely to meet those requirements and address the shortfalls. Finally, the Comptroller General should, as appropriate, provide the congressional defense committees with periodic briefings on preliminary findings and pertinent information during the compilation and drafting of the final report,” the tactical air and land forces subcommittee mark reads.

Asked about adding more F-35Cs, which the Senate Armed Services Committee did in its mark of the FY 2022 policy bill, the aide said the full committee mark would address the matter.

“Chairman Smith, Chairman Garamendi, Chairman Norcross have been publicly vocal about their concerns with the F-35 program and adding more aircraft and you know, the issues that may have contributed to the sustainment enterprise being a little bit – you know, not being able to perform like that have. Anything that we do … would be addressed in the full committee mark as it relates to funding,” the aide said, referring to HASC chairman Rep. Adam Smith (D-Wash.) and HASC tactical air and land forces chairman Rep. Donald Norcross (D-N.J.).

Both subcommittees are slated to mark up their respective drafts on Thursday.