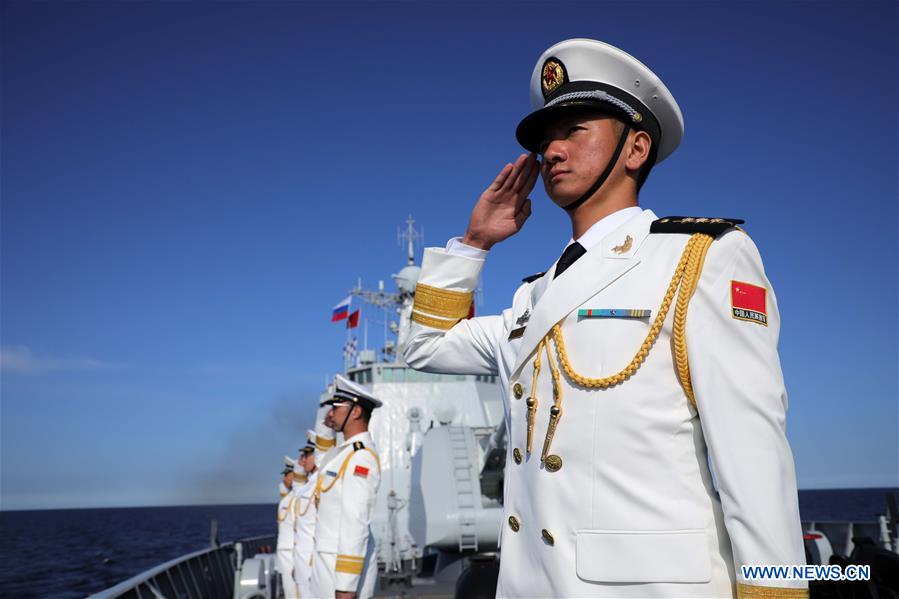 President Joe Biden’s nominee to serve as the Navy’s top civilian had a congenial confirmation hearing on Tuesday before the Senate Armed Services Committee, with the nominee echoing calls for a larger fleet to balance out a rising China.

Carlos Del Toro, a former surface warfare officer and destroyer commander, emphasized to lawmakers today his commitment to the National Defense Strategy’s focus on the Pacific, the Navy’s push to build unmanned vessels and the U.S. defense of Taiwan.

“Senator, this is an incredibly important issue and I fully support the 2018 National Defense Authorization Act that has as a goal a 355-ship navy,” Del Toro told Sen. Roger Wicker (R-Miss.) when asked whether the size of the fleet needs to grow and how he would increase the number of ships under the current funding levels.

“I believe that as our nation shifts from a land-based strategy over the past 20 years fighting the wars in the Middle East to a more dominant maritime strategy in the Pacific – particularly in our efforts to deter China – I do believe that our Navy-Marine Corps team will need additional resources to be able to fully field the combat effectiveness we will need as a nation to do so,” Del Toro added. “And I am committed – in fact that it’s my responsibility – to make that case to the Office of the Secretary of Defense and the administration moving forward in the Fiscal Year [20]23 budget, if confirmed.”

Senators asked Del Toro questions on topics – ranging from the pursuit of new technology to leadership among the service’s surface warfare community.

Del Toro told SASC Chairman Sen. Jack Reed (D-R.I.) that he will make sure the service moves at an appropriate pace in developing unmanned systems, so it understands the technology and how the Navy will employ the unmanned platforms.

“Let me reinforce how critically important unmanned systems will be for the future combat effectiveness of our capabilities and particularly in the Indo-Pacific as well too. It’s important first to ensure that we have the right concept of operations to fully integrate them with our existing concepts of operations for the use of naval and military forces,” Del Toro said. “It’s equally important to ensure that they’re fully integrated with all of our existing platforms – air, surface and sub-surface as well too. And so it’s incredibly important, chairman, and I will ensure that we do not advance those technologies until they’re ready to do so.”

Sen. Tom Cotton (R-Ark.) asked the nominee about a recent report he and several other lawmakers commissioned that found 94 percent of sailors believe problems like the loss of the former USS Bonhomme Richard (LHD-6) and the 2017 fatal collisions stem from a Navy leadership crisis. Del Toro told Cotton that he would evaluate several problems raised in the report, including micromanagement and sailors encumbered with administrative work that takes preference over warfighting.

The potential for a scenario in which China could try to take over Taiwan has repeatedly come up during congressional hearings with Defense Department officials since former U.S. Indo-Pacific Commander chief Adm. Phil Davidson told lawmakers in March that he believed China could attempt to seize Taiwan within six years. Asked about this scenario by Sen. Josh Hawley (R-Mo.), Del Toro said it’s “absolutely so” that the Navy should make the scenario a focus in its operational planning and that the service should have the ability to either prevent or defeat a potential Chinese takeover of Taiwan.

Asked about China’s naval build-up and whether the Navy can adequately balance readiness with its modernization priorities under the current Pentagon budget, Del Toro emphasized the need for the service to pursue new capabilities and technologies.

“So first let me say, senator, that I do believe that China may have more numbers of platforms, but we are a more powerful and capable and experienced navy than any other navy on the globe. Having said that though, we have to remain conscious to the fact that that naval superiority may not always be there either,” Del Toro told Hawley.

“And we have to make the necessary investments in the Fiscal Year [20]23 budget to ensure that we abide by the 2018 National Defense Authorization Act, as I said before, that’s committed to a 355-ship navy. And make those investments, not just in numbers of platforms, but capability and lethality,” he added. “As you well know, senator, we have to invest in missile technology, hypersonics, computing power . . . cybersecurity, all those other technologies that we going to advance our ability to deter China in the Indo-Pacific.”