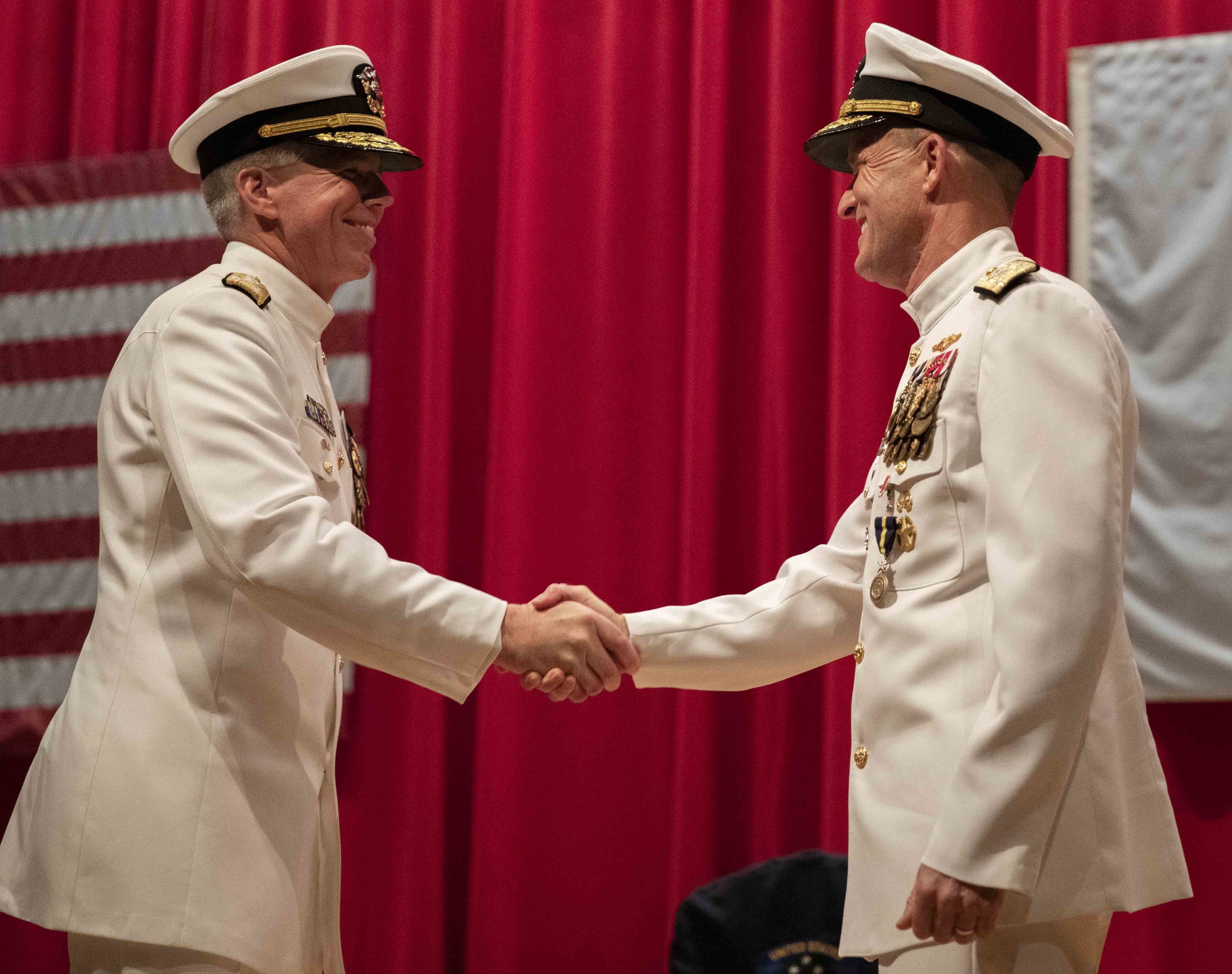 In a change of command ceremony held on Thursday morning local time in Yokosuka, Japan, Vice Adm. Bill Merz turned over his command to Thomas.

“It’s great to return to Japan and lead our forward-leaning sailors and task forces to integrate with our allies and partners like never before,” Thomas said during the ceremony. “You’ve set a remarkable bar and I’m honored to follow in your footsteps.”

Merz, who has been leading 7th Fleet since September of 2019, is heading back to the Pentagon to serve as the deputy chief of naval operations for operations, plans, and strategy (N3/N5). Vice Adm. Phil Sawyer, the current N3/N5, is slated to retire.

“Tasked with ensuring the effectiveness of 7th Fleet to maintain peace and stability in the region, Merz led Talisman Sabre, Keen Sword, ANNUALEX, Pacific Vanguard, Malabar and many more bilateral and multilateral exercises and operations,” 7th Fleet said in a news release. “Under his leadership, 7th Fleet also strengthened naval integration between U.S. Navy and the Marine Corps and conducted numerous subject matter expert exchanges and combined operations with allies and partners in the region.”

“There is little more I can say than it’s been an honor and a privilege working with these tremendous Americans, our tremendous partners, and the greatest fleet in the world,” Merz said during the ceremony. “And a fleet I certainly would not pick a fight with. Karl, I could not be happier to whom I am turning over this wonderful team.”