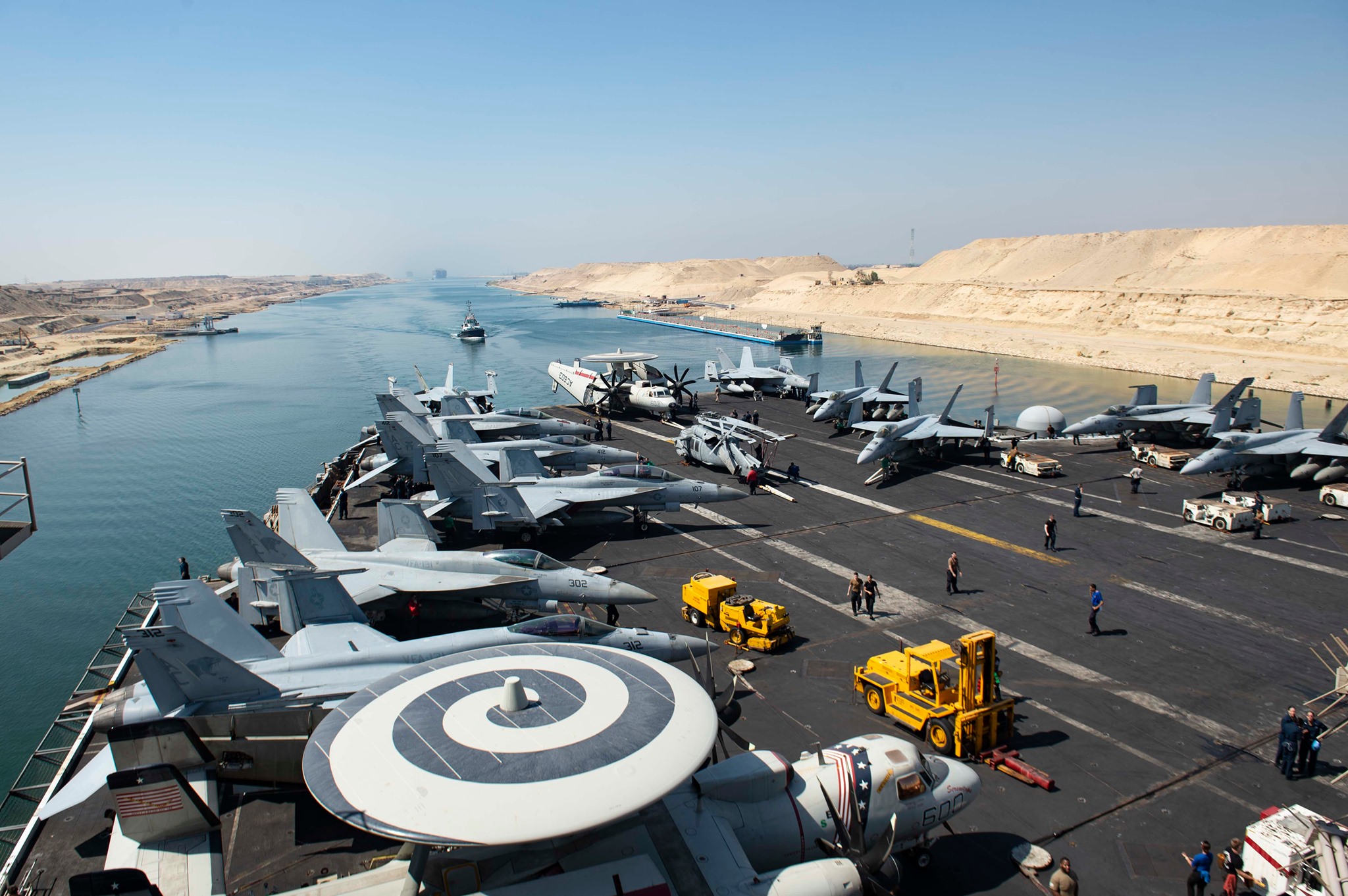 The Eisenhower Carrier Strike Group is in the Mediterranean Sea, heading home after three months in the Middle East, Navy officials confirmed to USNI News.

USS Dwight D. Eisenhower (CVN-69) transited the Suez Canal from the Red Sea and entered the Mediterranean Sea on July 1. The carrier, its escorts and Carrier Air Wing 3 are expected to make a direct transit back to its homeport at Naval Station Norfolk, Va., to wrap up its second deployment within a year, USNI News understands.

Eisenhower had arrived in U.S. Central Command on April 2 to support the ongoing anti-ISIS Operation Inherent Resolve, with plans to operate back in the Mediterranean and other parts of the world. However, those plans were shelved following President Joe Biden’s April 14 announcement that the U.S. would withdraw from Afghanistan. To support the withdrawal, CENTCOM commander Gen. Kenneth McKenzie requested Secretary of Defense Lloyd Austin keep Eisenhower on station in the North Arabian Sea to cover the withdrawal of U.S. forces from Afghanistan, two defense officials told USNI News at the time.

The Eisenhower Strike Group was relieved by the Japan-based Reagan Carrier Strike Group on June 25, when USS Ronald Reagan (CVN-76), its escorts and Carrier Air Wing 5 took up station in the North Arabian Sea. Reagan’s move is the first time the Navy’s Japan-based carrier has operated in the Middle East since 2003, when USS Kitty Hawk (CV-63) was tasked to CENTCOM to support the U.S. invasion of Iraq.

With only a few brief gaps, the U.S. has positioned a carrier in the Middle East since May of 2019, initially as a hedge against Iran but then in support of the withdrawal from Afghanistan.

Supporting operations in the Middle East has been a major draw on carrier readiness for the last 20 years and pulled focus away from operations in the Pacific. Part of the ongoing global force posture review is an evaluation of how and where to deploy the strained U.S. carrier force.

Eisenhower is expected to enter the Atlantic later this week, USNI News understands.