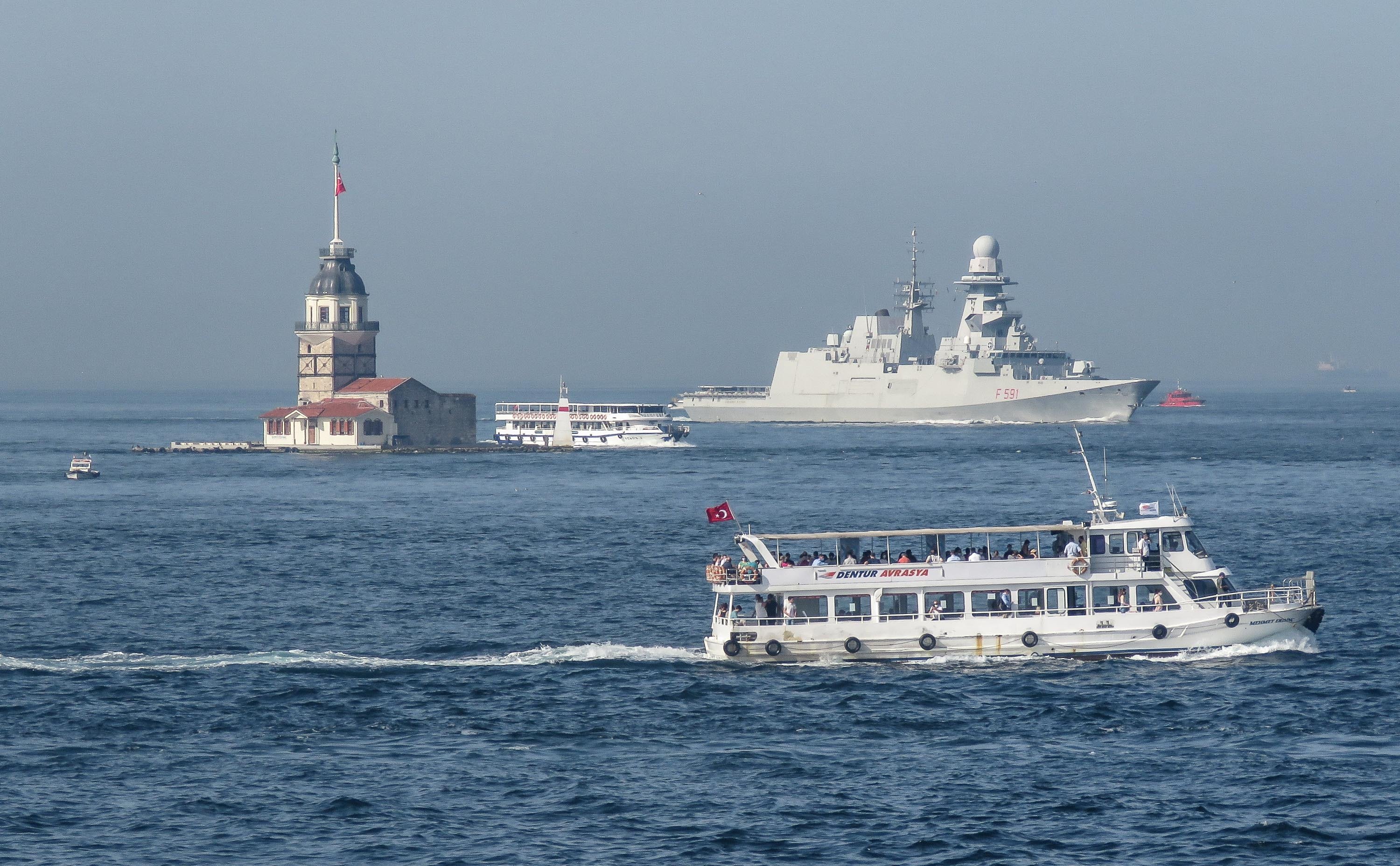 Frigate ITS Virginio Fasan (F 591) passed through the Bosphorus headed for the Black Sea with a Turkish frigate and will join with a Romanian warship, according to ship spotters in Turkey.

“During [Fasan’s] deployment in the Black Sea, and after the joining of TCG Barbaros and ROS Regina Maria, SNMG2 will participate in bilateral U.S.-Ukraine exercise Sea Breeze,” reads a statement from NATO.

The recent ships’ transits into the Black Sea follow last week’s clashes between Russian military forces and Defender and Evertsen. While transiting the Black Sea off the coast of Crimea, Russian fighters and patrol vessels operated close to Defender while Russian forces warned the destroyer away from the vicinity of the coast, USNI News reported at the time.

“Evertsen has every right to sail there,” Bijleveld-Schouten said, according to SkyNews.
“There is no justification whatsoever for this kind of aggressive act, which also unnecessarily increases the chance of accidents.”

Earlier this week, when asked about the incidents on a television show, Russian president Vladimir Putin said the intent of the alliance ships in the Black Sea was to help establish U.S. bases in the region, according to a translation of the exchange by the BBC.

“They know they cannot win this conflict: we would be fighting for our own territory; we didn’t travel thousands of miles to get to their borders, they did,” he said.

The exercises and the Russian response come after unknown entities have falsified the automatic identification system (AIS) tracks for NATO warships to show them near the Russian-held territory of Crimea.
USNI News reported the automatic identification system (AIS) tracks of Defender and Evertsen were falsified on June 18 to show the warships off of the Russian naval base in Sevastopol in Crimea, while a track for USS Ross (DDG-71) was falsified on June 29 operating about 5 miles from the Crimean coast.