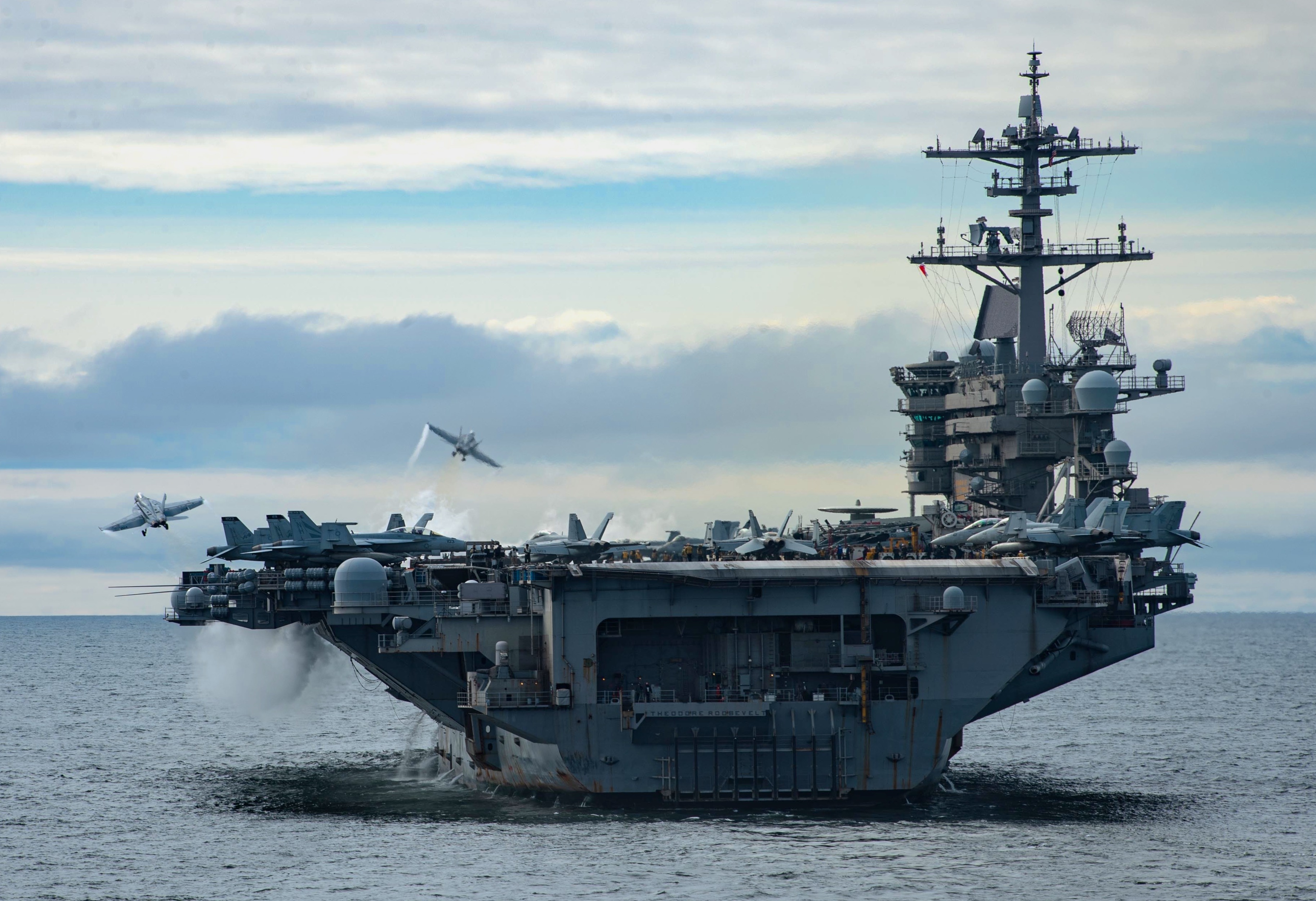 The approximately 3,000 sailors and their families will relocate to Bremerton in July while Theodore Roosevelt will pull into the Puget Sound Naval Shipyard for a docking planned incremental availability (DPIA) later this year.

“The DPIA is scheduled to commence this September and will include a system retrofit to accommodate the F-35C Lightning II mission capabilities, as well as upgrades to the ship self-defense system (SSDS), the Consolidated Afloat Networks and Enterprise Services (CANES) network, and the Mk 38 25mm machine gun, as well as refurbishment and preservation of the ship’s hull, rudder, propulsion shaft, anchor, and 25 berthing spaces,” reads the statement from Pacific Fleet.

TR returned from an almost five-month deployment in May that followed a 2020 deployment interrupted by a COVID-19 outbreak on the carrier.

Theodore Roosevelt and USS Dwight D. Eisenhower (CVN-69) both deployed without a significant maintenance period for so-called double pump deployments, as the Navy has wrestled with providing ready carrier strike groups after 20 years of surge deployments to the Middle East and ongoing maintenance delays in the carrier force.

In U.S. 5th Fleet, Ike has begun its return journey to Norfolk, Va., for its own expected maintenance period. The strike group is set to return to the East Coast in July.