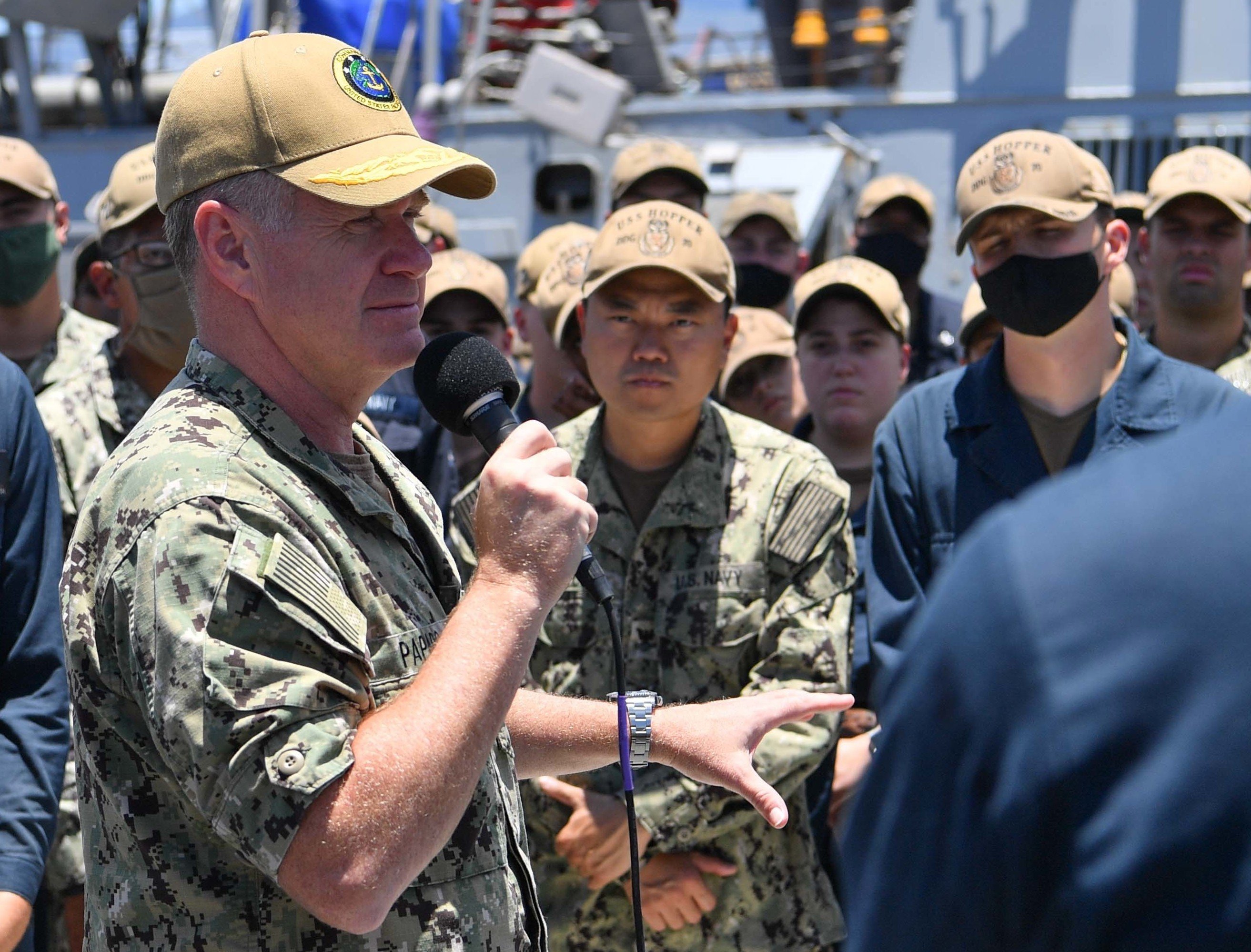 The U.S. Navy’s numbered fleets are by tradition tied to a specific geographical region, but that doesn’t mean commanders in California can’t command ships in the Western Pacific or any other part of the world, the new U.S. Pacific Fleet commander said on Wednesday.

The commanders of the Navy’s numbered fleets bring more than just area expertise to operations, Adm. Sam Paparo said in an address during the WEST 2021 conference, cohosted by the U.S. Naval Institute and AFCEA.

While by doctrine the Navy can deploy numbered fleets without an eye to geography, existing international relationships for U.S. 5th Fleet in the Middle East, U.S. 6th Fleet in Europe and U.S. 7th Fleet in the Western Pacific keep those commanders actively engaged and unlikely to leave.

“You couldn’t see us disconnecting 5th Fleet, 6th Fleet or 7th Fleet from their geographic areas because of the deep partnerships that they had formed, but for others such as 4th, such as 2nd, such as 3rd, those are up and ready rounds that can be deployed to the point of need,” he said.

The Navy has experimented with using the 3rd Fleet command and control structure to operate forces in the Western Pacific – where 7th fleet particularly operates.

The “3rd Fleet Forward” concept, championed by former PACFLEET commander Adm. Scott Swift, had the staff in San Diego command units like a surface action group in the Western Pacific. The idea, USNI News understands, was to provide an additional command and control capacity for the Pacific Fleet commander in the event the 7th Fleet commander was tied up managing another conflict.

“‘Third Fleet Forward’ was a concept designed to enable 3rd Fleet’s maneuver force capability in order to aggregate and, when necessary, fight with the combined power of both numbered fleets in the Pacific Fleet,” the command said in a press statement in 2018. “The term ‘Third Fleet Forward’ is no longer being used.”

Following Paparo’s remarks, a PACFLEET spokesperson told USNI News there was no plan to resurrect the 3rd Fleet Forward concept.

However, the Defense Department is still mulling creating a geographic command for the Indian Ocean.

The decision to stand up U.S. 1st Fleet, an initiative put forth by former Navy Secretary Kenneth Braithwaite, is tied up with the current global force posture review led by the Office of the Secretary of Defense.