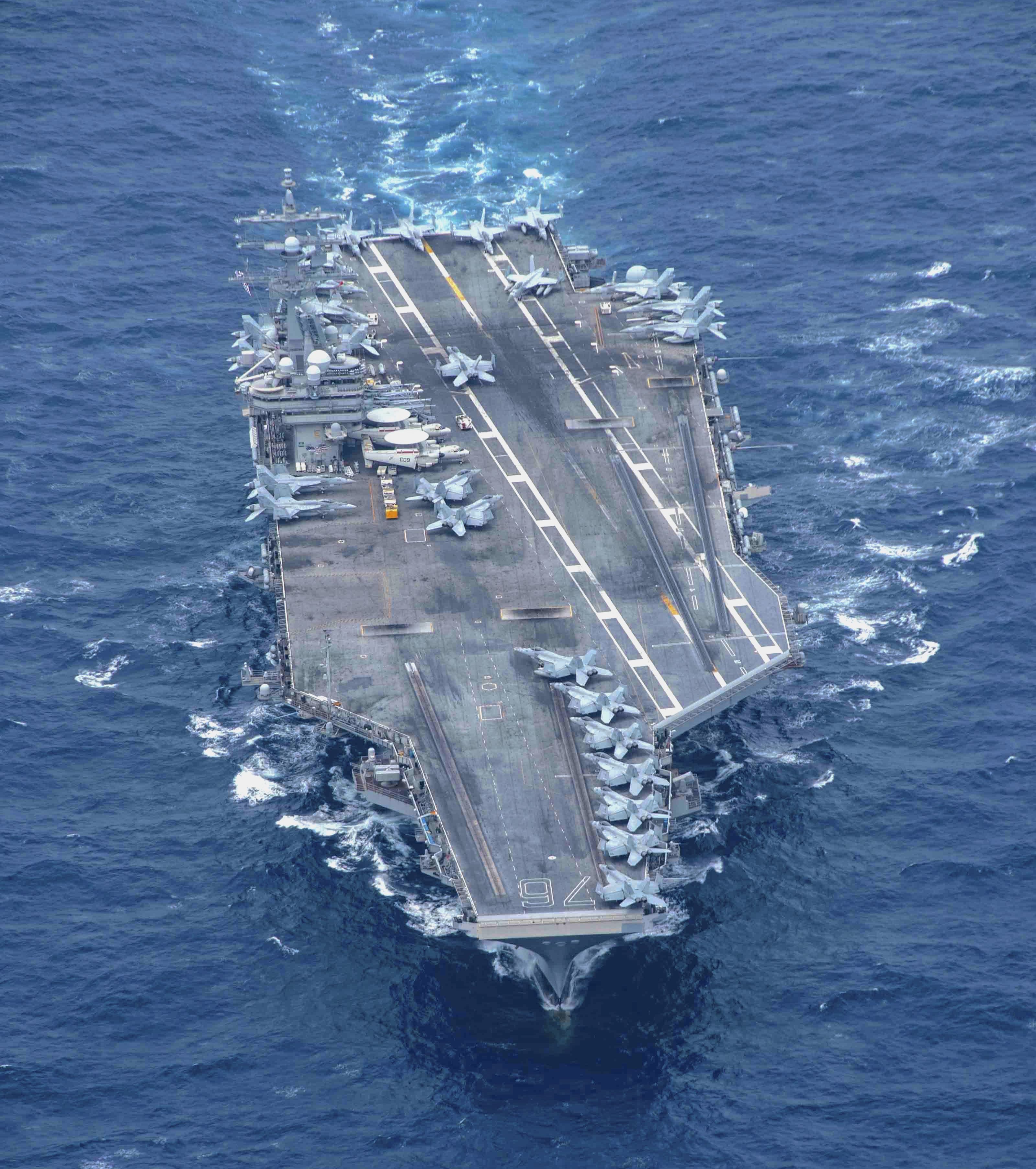 The Navy’s Japan-based carrier strike group is now operating in the North Arabian Sea to support the U.S. withdrawal from Afghanistan, the service announced on Friday.

“While in the U.S. 5th Fleet area of operations, the Ronald Reagan CSG will operate and train alongside regional and coalition partners and provide airpower to protect U.S. and coalition forces as they conduct drawdown operations from Afghanistan,” reads the statement.

Reagan will take the place of USS Dwight D. Eisenhower (CVN-69) and its escorts that have been operating in the Middle East since April to provide air cover for the withdrawal. Ike is expected to soon begin its journey to its Norfolk, Va., homeport following its second deployment within a year.

Reagan had just completed high-end drills on Thursday with the Indian Navy ahead of entering 5th Fleet.

The Reagan move is the first time the U.S. Japan-based carrier has been routed to the Middle East since the former USS Kitty Hawk (CV-63) supported the invasion of Iraq in 2003.

Meanwhile, the Navy has moved the final series of graduation exercises for the Vinson Carrier Strike Group to off the coast of Hawaii, the service announced this week.

While not unheard of, final carrier graduation drills are typically held closer to California. Pentagon spokesman John Kirby told USNI News this week that moving the Vinson CSG closer to the Western Pacific was not intended as a presence signal.

“I would caution you from thinking that there’s some sort of specific message here other than, I mean, obviously we are focused on the Indo-Pacific. And you’ve heard the secretary talk about this quite a bit,” Kirby said during a Pentagon press briefing. “It shouldn’t come as a surprise to anybody that we would be training and taking advantage of training opportunities throughout the region.”

Reagan’s move to the Middle East has raised new questions at how present the Navy will need to be in the region versus the stated goal of the Biden administration to focus resources on the Pacific and competition with China.

Aside from brief gaps, a U.S. carrier has been on station on a small patch of ocean in the North Arabian Sea and the Gulf of Oman continuously since May of 2019 at the request of U.S. Central Command Commander Gen. Kenneth McKenzie.

For the Navy, a major outcome of the ongoing Pentagon-led global force posture review will be how carrier strike groups are apportioned across the global combatant commands.