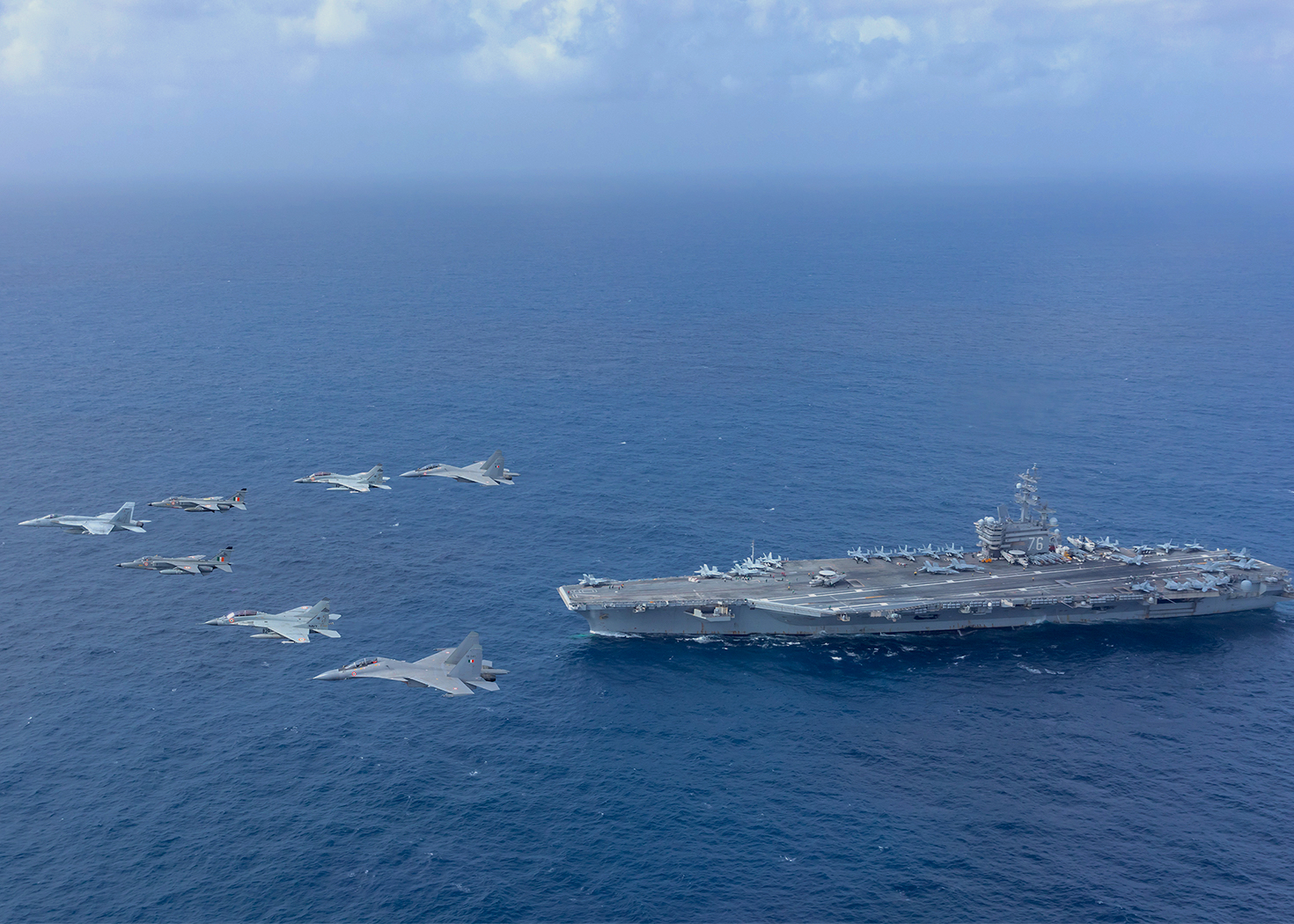 KUALA LUMPUR – The U.S. Navy carried out a high-tempo exercise this week in the Indian Ocean involving the Ronald Reagan Carrier Strike Group along with the Indian Navy and Indian Air Force. The drills come at the start of the 27th annual Cooperation Afloat Readiness and Training (CARAT) exercise series with CARAT Sri Lanka on June 24, which will include USS Charleston (LCS-18) and the first official participation of the Japanese Maritime Self Defense Force (JMSDF) destroyer JS Yugiri (DD-153).

USS Ronald Reagan (CVN-76), Carrier Air Wing 5 and its escorts carried out the two-day exercise with the Indian Navy and Indian Air Force on June 23 and 24. The drills went beyond the basic exercises at sea between the U.S. and Indian navies and included, “ advanced air defense exercises, cross deck helicopter operations and anti-submarine exercises,” according to the Indian Ministry of Defence.

The Indian Air Force stated that the U.S would fly F/A-18E/F Super Hornets and E-2 Hawkeyes during the exercise. The Indian Navy deployed the destroyer INS Kochi (D64) and the frigate INS Tej (F45) and its MiG-29K fighters, P-8I Maritime Patrol and Dornier 228 maritime surveillance aircraft. The Indian Air Force deployed Su-30MKI fighters and Jaguar attack aircraft, in addition to NETRA Airborne Early Warning and Control aircraft and IL-78 tankers for the exercise.

Earlier this week, the Reagan Strike Group conducted an exercise in the Indian Ocean with the JMSDF training ships JS Kashima (TV3508) and JS Setoyuki (TV3518).

CARAT is an ongoing annual series of bilateral and multilateral exercises conducted by the U.S Navy in various South and Southeast Asian countries, though the COVID-19 pandemic has reduced many of the interactions and Subject Matter Expert Exchange (SMEE) events to virtual conferences. CARAT Sri Lanka is the first of this year’s iteration.

“The CARAT exercise series creates an opportunity to sharpen our skills, learn from one another and allows us to work towards our shared goal of a free and open Indo-Pacific,” Rear Adm. Christopher Engdahl, the Expeditionary Strike Group (ESG) 7 commander, said in a news release. “When we have a better understanding of the environments in which we operate, we can focus on upholding international rules-based order in the maritime environment.”

Charleston and a P-8A Poseidon aircraft as “will join with ships and aircraft from Sri Lanka and Japan for partnered training, focused on building interoperability and strengthening relationships,” read a statement from U.S. 7th Fleet. 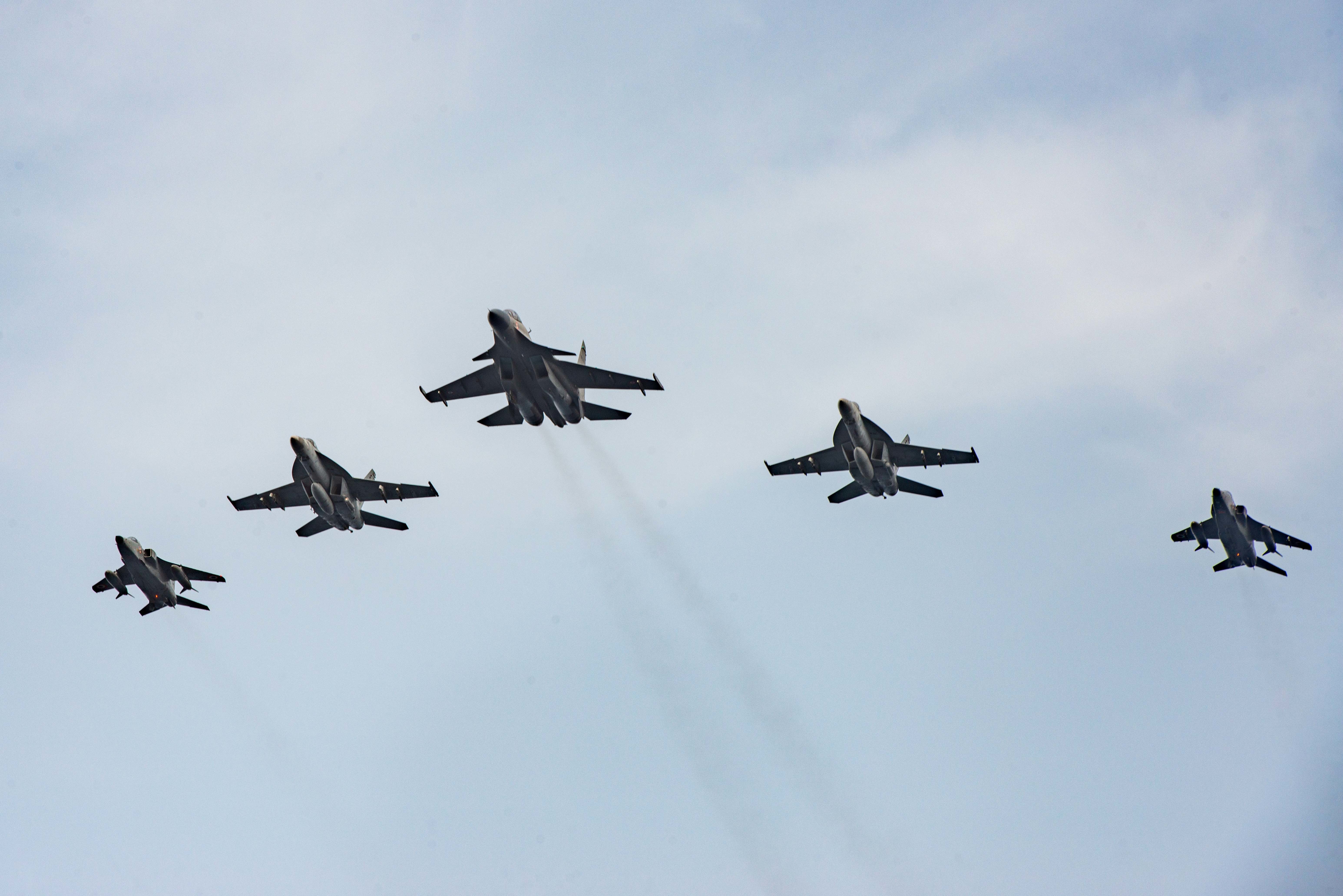 For the first time, U.S., Sri Lanka Navy and Sri Lankan Air Force nation’s helicopters will hold deck landing qualifications (DLQs) and vertical replenishment (VERTREP) drills on each other’s warships. DESRON 7 confirmed to USNI that these helicopter drills will be contactless and not involve personnel interactions.

“CARAT Sri Lanka perfectly reflects the excellent cooperation between our two navies, and emphasizes our partnership and respect for Sri Lankan sovereignty,” Capt. Tom Ogden, the Destroyer Squadron (DESRON) 7 commander, said in the news release. “This will be exemplified when we meet our Sri Lankan and Japan partners at sea, focusing on key areas to grow our maritime integration training. From the integration of Navy Seabees aboard USS Charleston to the P-8 and participating commands using IORIS information sharing, the training value of CARAT Sri Lanka 2021 is on track to be invaluable building on previous iterations between our nations.” 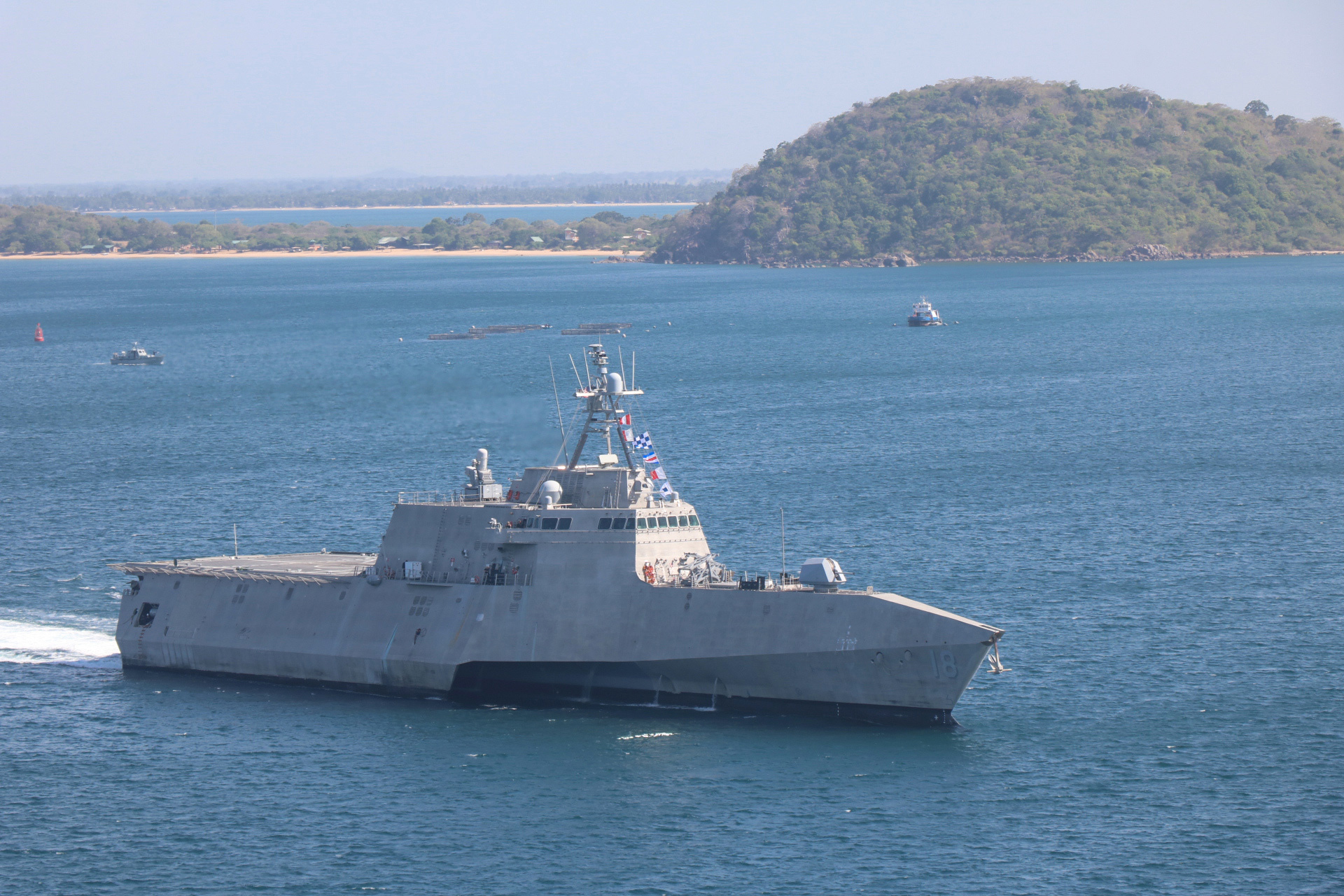 USS Charleston (LCS 18) arrives in Trincomalee, Sri Lanka, for a contactless port visit ahead of Cooperation Afloat and Readiness at Sea Training (CARAT) Sri Lanka on June 23, 2021. US Navy Photo

Yugiri is en-route to the Gulf Of Aden, having departed Yokosuka Naval Base on June 5 and undergoing a two-week at-sea quarantine in Japanese waters, as the 39th Deployment Surface Force for Counter-Piracy Enforcement (DSPE) mission. The destroyer will relieve its sister ship, JS Setogiri (DD156), which is conducting the 38th DSPE mission. Since 2009, Japan has routinely deployed one to two destroyers, along with two JMSDF P-3C Orions staging from Djibouti, on counter-piracy missions in the Gulf of Aden and Somalia.

In Guam, the U.S Navy and the Republic of Singapore Navy (RSN) began the bilateral exercise Pacific Griffin 2021 on June 21, a two-week exercise that will end on July 7. The exercise is the third in the series “and will involve events both ashore and at sea, such as maritime special operations and maritime counter-terrorism training, anti-air defense exercises, anti-submarine warfare operations, and replenishments at sea serials,” according to 7th Fleet. U.S. forces will include USS Benfold (DDG 65), a fast-attack submarine, a P-8A Poseidon. , Coastal Riverine Group, and Explosive Ordnance Disposal Detachments while Singapore will bring RSS Tenacious (71) and RSS Stalwart (72), littoral mission vessel RSS Fearless (22), training ship MV Avatar, and naval divers. Fighters from the Republic of Singapore Air Force’s detachment in Guam are also taking part in the exercise. The RSAF deployed F-16 fighters, F-15SG fighters and a G550 Airborne Early Warning aircraft to Andersen Air Force Base, Guam, on May 24 for a two-month training mission.