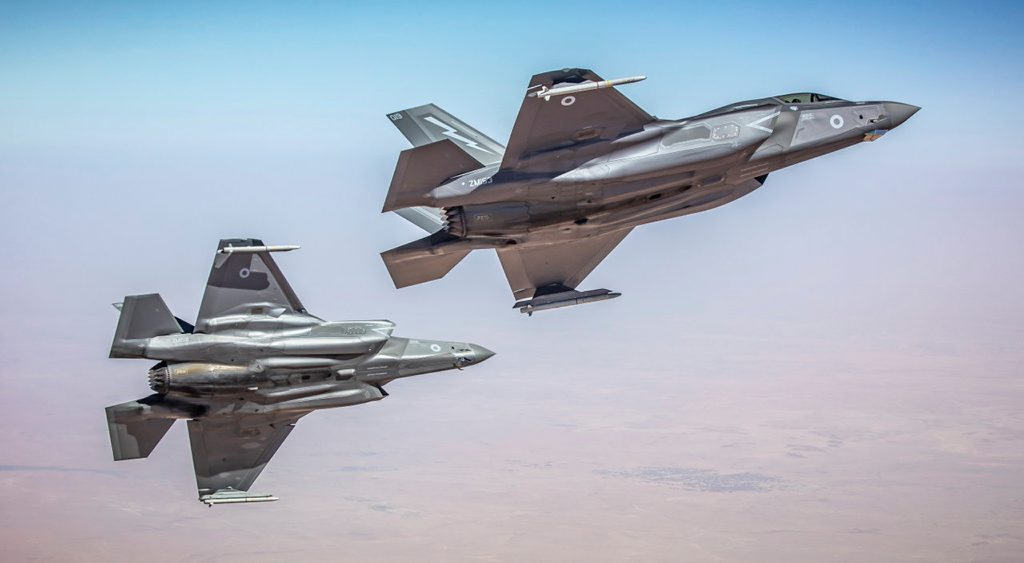 “The involvement of HMS Queen Elizabeth and her air wing in this campaign also sends a wider message. It demonstrates the speed and agility with which a U.K.-led Carrier Strike Group can inject fifth generation combat power into any operation, anywhere in the world, thereby offering the British government, and our allies, true military and political choice,” Commodore Steve Moorhouse, commander of the U.K. Carrier Strike Group, said in a statement.

Neither the Marines nor the MoD specified the location of the missions or the targets that were struck. In a Tuesday statement, the Marines said the blended air wing started combat operations on June 18.

Starting in 2019, RAF F-35Bs from Cyprus began anti-ISIS operations over Iraq and Syria, according to the BBC.

“The Lightning force is once again in action against Daesh, this time flying from an aircraft carrier at sea, which marks the Royal Navy’s return to maritime strike operations for the first time since the Libya campaign a decade ago,” air wing commander Royal Navy Capt. James Blackmore said in the Tuesday statement.

The combat mission for the U.K. marks the first carrier strike operation from a British carrier since 2011’s Operation Ellamy, Britain’s 10-ship contribution to the international military intervention in Libya. The operation is also the first time that U.S. fighters struck from a U.K. aircraft carrier since 1943, aboard HMS Victorious (R38) in World War II, according to the MoD.

The Queen Elizabeth Carrier Strike Group left U.K. for its deployment on May 22 with eight RAF F-35Bs and 10 Marine F-35s for a 28-week deployment through the Mediterranean Sea and the Indo-Pacific.