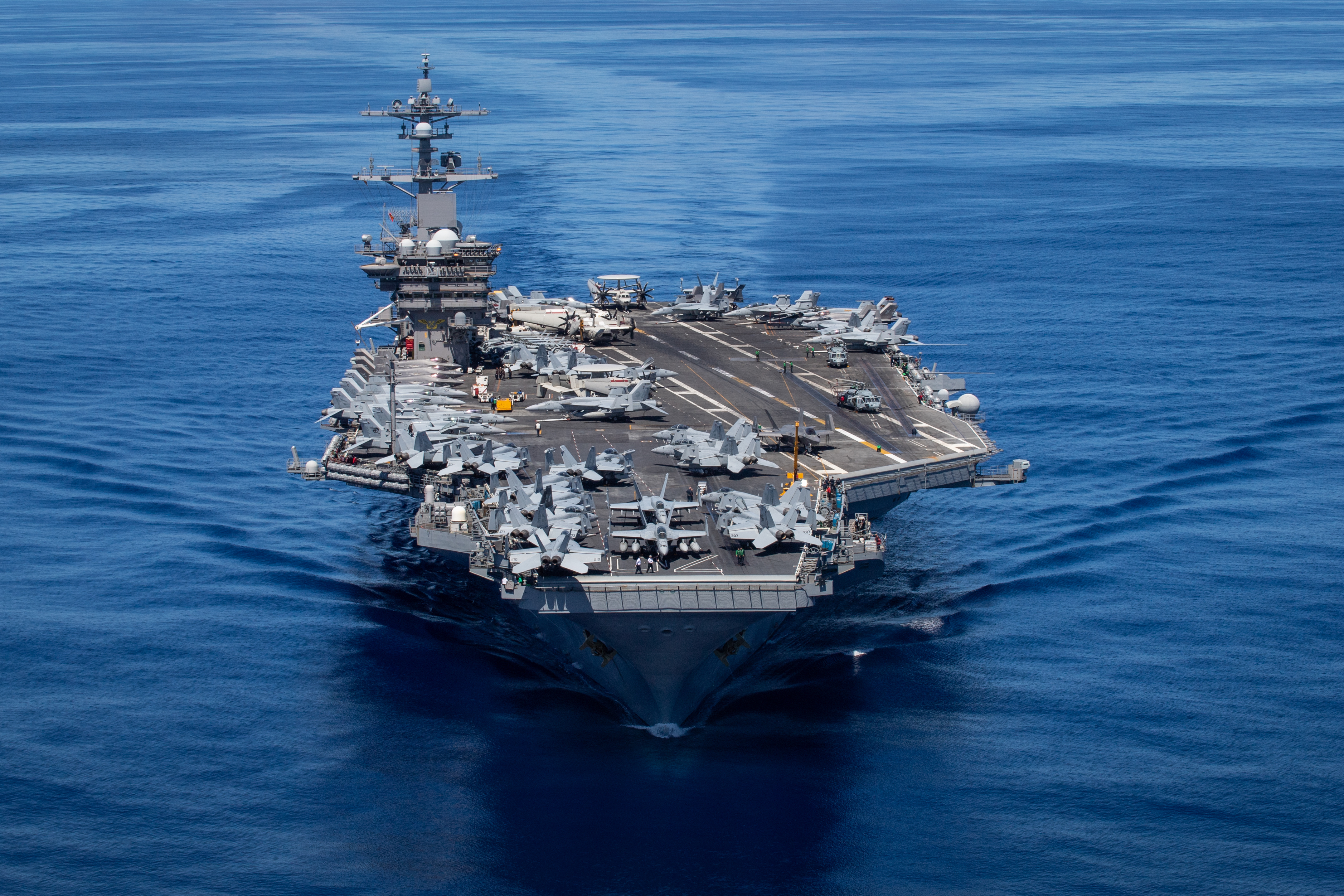 The Carl Vinson Carrier Strike Group is drilling near Hawaii this week as it prepares for an upcoming deployment later this summer.
After a maintenance period in which the Navy updated the carrier so it could accommodate the F-35C Joint Strike Fighter and the CMV-22B Osprey, USS Carl Vinson (CVN-70) is expected to deploy later this summer to the Indo-Pacific region, USNI News understands.

“In August 2020, Vinson completed a 17-month maintenance availability to receive major upgrades in order to support 5th generation aircraft, making Vinson the first aircraft carrier equipped to support both the F-35C Lightning II and CMV-22B Osprey,” U.S. 3rd Fleet said in a news release. “Upgrades include enhanced jet blast deflectors able to take the increased heat generated by the F-35C and the addition of the Autonomic Logistics Information System, which is the new computer network that supports the unique maintenance and tactical operations functions of the advanced aircraft.”

“Other components of the air wing include three U.S. Navy Strike Fighter Squadrons that fly the F/A-18 Super Hornet, one Electronic Attack Squadron that operates the EA-18G Growler, one Airborne Command & Control Squadron that operates the E-2D Hawkeye, one Helicopter Maritime Strike Squadron and one Helicopter Sea Combat Squadron. Through multiplatform integration, CVW-2 will provide fleet commanders the ability to achieve the advantage across multiple domains,” the news release reads.

During the training, Vinson will perform flight operations and the destroyers will work with two Coast Guard Cutters – USCGC Oliver Berry (WPC-1124) and USCGC Midgett (WMSL-757), the Navy said.

“Subsequently, Vinson will be conducting Combat Efficiency Operations to include integrated flight operations between CVW-2’s carrier-based aircraft and land-based Marine Corps and Air Force fighter squadrons, as well as U.S. Coast Guard C-130s,” according to the news release from 3rd Fleet.

Vinson’s training near Hawaii comes ahead of the carrier’s expected deployment to the Indo-Pacific, as forward-deployed carrier USS Ronald Reagan (CVN-76) will make a rare patrol in the Middle East to support the U.S. withdrawal from Afghanistan

“Training in the HIOA is an exciting opportunity to integrate with the other services in order to promote peace and maintain a free and open Indo-Pacific,” Rear Adm. Dan Martin, the Carrier Strike Group 1 commander, said in the news release. “We look forward to enhancing partnerships within the joint force as well as strengthening relationships with our allies and partners in the region.”

Reagan will relieve USS Eisenhower (CVN-69), which is currently out for its second deployment within a year and has been operating in U.S. Central Command since April.