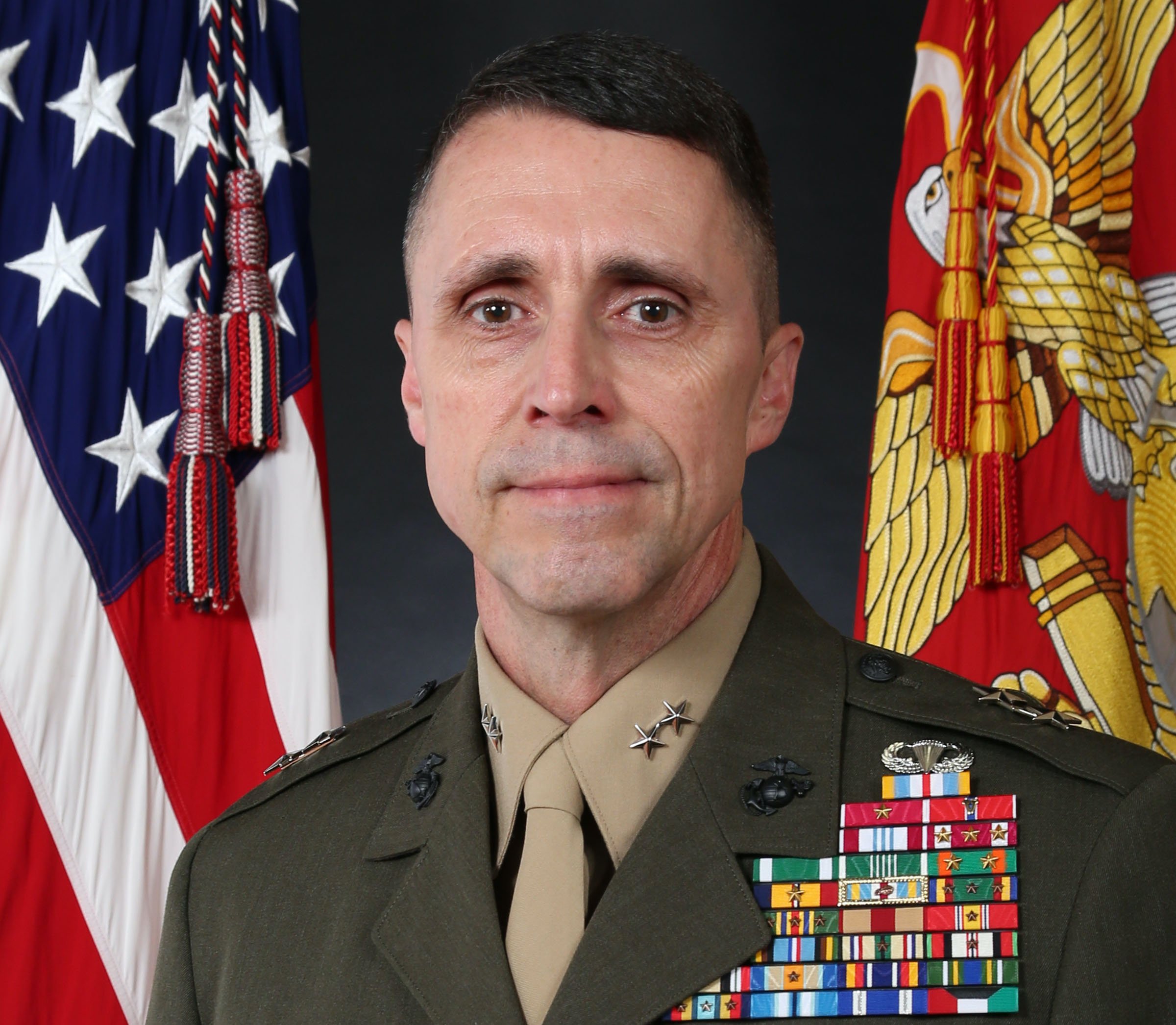 The Marine Corps inspector general – who last month was suspended from the role as the service’s watchdog – won’t be returning to the job after Gen. David Berger last week formally “counseled” him for his “failure” to properly train and evaluate a platoon whose amphibious assault vehicle sank during a training exercise off southern California last summer.

Maj. Gen. Robert Castellvi was in command of the 22,000-member 1st Marine Division when the 26-ton AAV sank July 30, 2020, after taking on water while returning to a ship following an amphibious raid drill on San Clemente Island. Eight Marines and one Navy corpsman died and eight other Marines escaped. The fatal mishap happened during the first-at-sea integration exercise involving the Camp Pendleton-based 15th Marine Expeditionary Unit and the three-ship Makin Island Amphibious Ready Group.

Berger “personally and formally counseled him for his failure to properly train the Marines and sailors for whom he was entrusted and for the inadequate evaluation of the AAV Platoon before it was attached to the 15th MEU,” the Marine Corps announced Wednesday in a statement announcing the commandant’s decision. Service officials had withheld the announcement until they had notified and briefed the families of the Marines and sailor lost in the mishap of his decision.

Berger last month suspended Maj.Gen.Castellvi from his position as the Marine Corps’ IG, known as “the eyes and ears of the commandant.” His decision to permanently remove Castellvi as the IG from a recently completed investigation that the commandant ordered into the compositing of the 15th MEU.

Castellvi “will not return to that position,” the Marine Corps said. Moreover, the “counseling” becomes part of Castellvi’s permanent record “and must be considered if he is evaluated for promotion, retention, or roles of responsibility. This action typically prevents an officer from being promoted or serving in a role where he/she would be charged with the responsibility of caring for Marines and sailors.”

It’s unclear whether Castellvi will request retirement or be reassigned to another position. He “is not providing a statement at this time,” the service said.

Castellvi had led the 1st Marine Division, based at Camp Pendleton, from July 2018 until Sept. 22, 2020. He has commanded various units over his 35-plus-year career as an infantry officer. As a captain, he was the 1993 recipient of the Leftwich Trophy, an award given for “outstanding leadership.”

The Marine Corps hasn’t yet released the command investigation into the 15th MEU, a report which Berger said he ordered specifically to look into the formation of the MEU, which pulls together units from the division, wing and logistics commands, and “everything that led up to the” mishap.

Berger told reporters during a May 26 media call that the investigation will look into what “leadership decisions centered on the materiel condition of those amtracs… and answer the questions of who made what decisions to do what” prior to the mishap. The investigation, he added, “looks at it through the lens of” the 1st Marine Division and the division staff as well as the 15th MEU and I Marine Expeditionary Force commanders at the time.

Shortly after the mishap, Lt. Gen. Steven Rudder, the Marine Forces Pacific commander, ordered a command investigation into what happen. That 2,000-page investigation, done under the Manual of the Judge Advocate General Manual, concluded that a long trail of failures led to the ill-fated mission.

Blame and fallout from the fatal incident has been mixed.

Lt. Gen. Karsten Heckl, who took command of I MEF the day after the mishap, in October fired Lt. Col. Michael Regner, the BLT 1/4 commander, as well as 1/4’s Bravo Company commander. In his Jan. 14 endorsement of the investigation, Heckl also noted possible administrative or disciplinary actions against the AAV platoon commander and mishap vehicle commander, as well as a similar review of the former 3rd Assault Amphibian Battalion commander, whose unit provided the mishap and other AAVs to the platoon several months before the platoon joined the 15th MEU. The investigation found those vehicles were in poor, mostly non-working condition and required extra time and work to get them operational for the rigorous predeployment training. That decision at the time by that officer, Lt. Col. Keith Brenize, “had a direct bearing on the cause of this tragic mishap,” he wrote in his endorsement.

Heckl also wrote that Col. Christopher Bronzi, the 15th MEU commander, he had “acted appropriately” and didn’t warrant any administrative or disciplinary action.

But Rudder, in his Feb. 25 endorsement of the investigation, wrote that he found Bronzi “also responsible” for the lack of safety boats in conducting the mech raid that day and would “take appropriate administrative action to address these failures.” On March 23, Rudder fired Bronzi as the 15th MEU was on the final leg of its scheduled overseas deployment.

Neither Heckl nor Rudder decided any administrative action or punishment against Castellvi was warranted. Rudder, however, wrote that Castellvi, as the division commander, “bears some responsibility for the failure to execute these tasks.” Those included conducting the division-level combat readiness evaluation of the AAV platoon and “ensuring all members of the mechanized raid force” were Underwater Egress Training-qualified before compositing to the MEU on April 20, 2020.