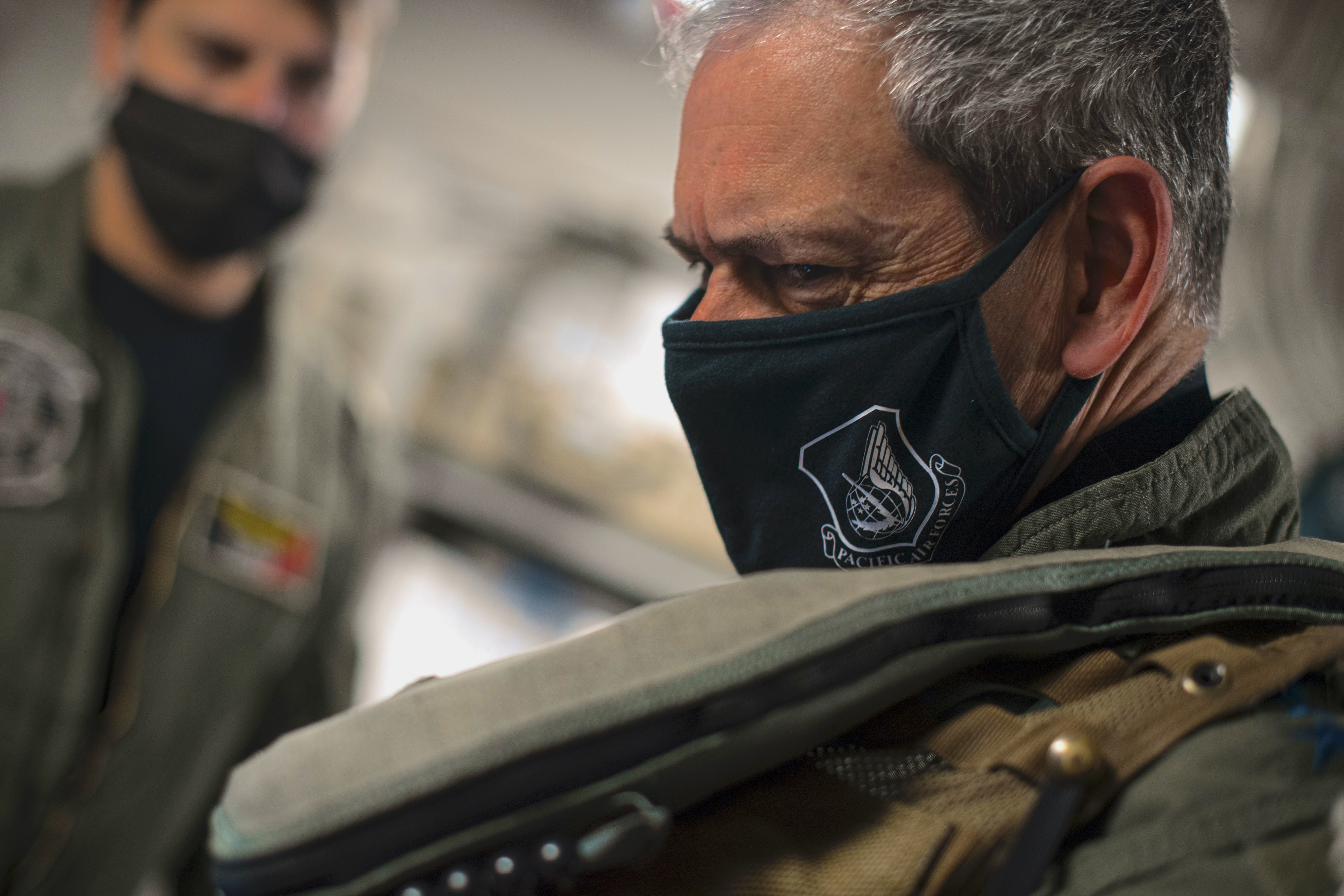 KUALA LUMPUR — U.S. Pacific Air Forces is crafting a dual strategy of defensive capabilities and dispersal of forces in order to negate the threat posed to its forces and bases by China’s increasing military capabilities, the PACAF commander said.

“One of those areas is in ballistic missiles and their capability to reach out beyond the first island chain and really threaten, not just us, in the second island chain or perhaps even beyond that, even to the continental United States and others of our allies and partners. So we’ve been watching that through our intelligence collection, and have also been working on ways to defend ourselves” he said.

According to the Pentagon’s latest China military power report, “the [People’s Republic of China] has developed its conventional missile forces unrestrained by any international agreements. The PRC has more than 1,250 ground-launched ballistic missiles and ground-launched cruise missiles with ranges between 500 and 5,500 kilometers.”

Wilsbach said that it was not only China that has improved its missile capabilities but also Russia and North Korea. A defensive capability able to target inbound missiles would be one way of dealing with such threats. He stated that already both the THAAD and Patriot missiles are deployed at Guam along with other key areas and Guam would have further capabilities with the installation of the Aegis Ashore systems. Wilsbach added that defensive capabilities against missiles were not just at Guam, “we do have those in multiple places around the region, as do a number of our allies and partners also have that capability. And we’re continuously improving those systems to account for advancements in the threat that we perceive.”

Together with missile defence, PACAF has been employing over the last few years, the strategy of Agile Combat Employment (ACE. The tenets of ACE, explain Wilsbach is that in lieu of forces being built upon large bases, is to instead disperse those forces to many hubs and spokes so that they would be moving about between the hubs and spokes multiple times per day and multiple times per week giving them agility and mobility.

“It creates a targeting problem for any adversary because not only would they have to target the hubs, but they would also have to target the spokes. And that really dilutes the amount of firepower that they can put down on any one of those targets” he said. 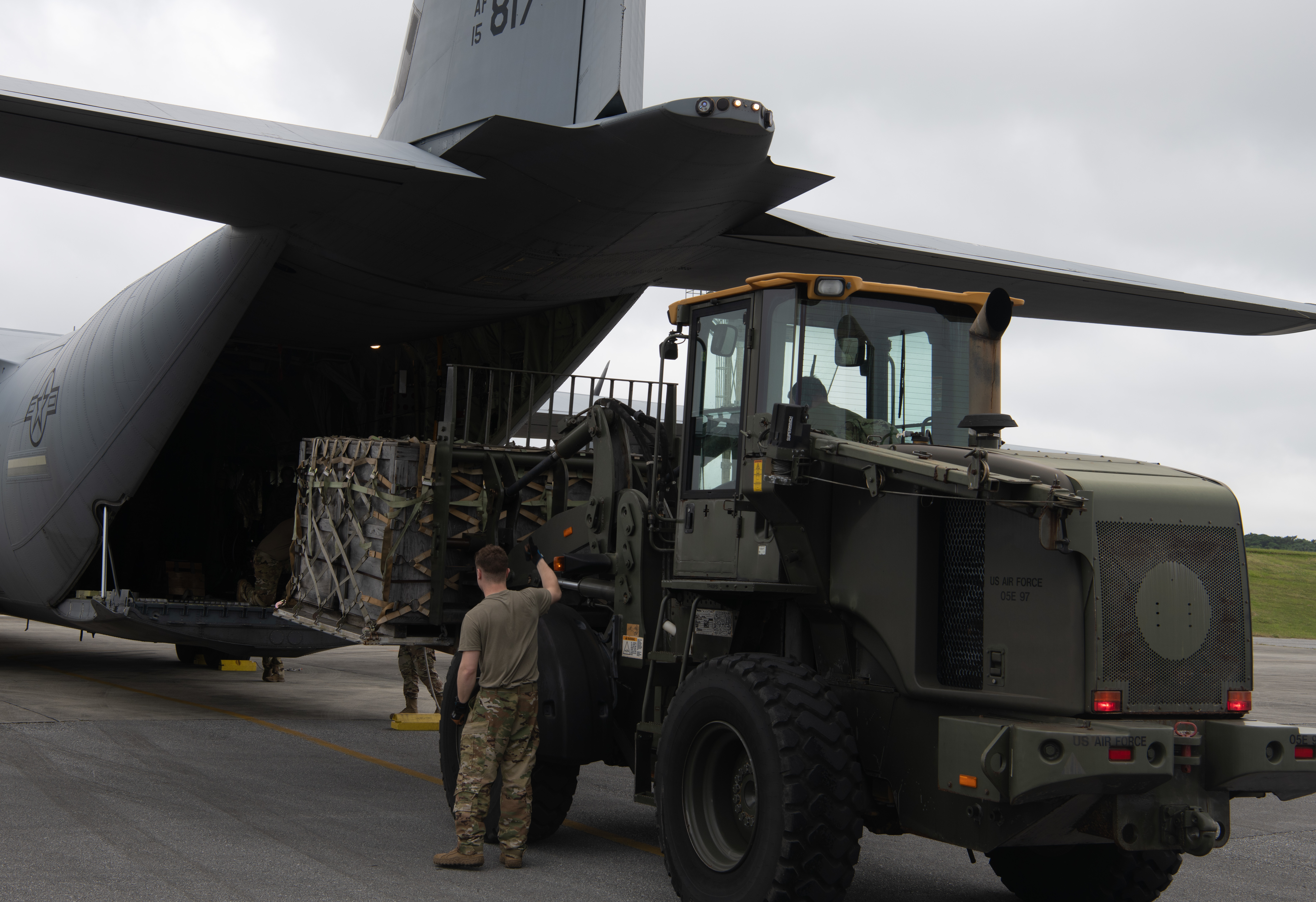 Wilsbach said that PACAF has been expanding the envelope on ACE during the last five to six years and a number of partners and allies have been both interested in the strategy and have joined in on it with PACAF and this will be reflected in PACAF’s operations and exercises in the region as the command executes and practices the concept.

Asked if the possibilities of dispersals included new bases in places such as Melanesia, Polynesia, and Micronesia, Wilsbach stated that PACAF had already operated from the area, giving Palau as an example in which the United States was invited by the government to conduct activities there.

The command has a database of information of every airfield in the region with many of them suitable for PACAF’s needs and some of these already being operated from by PACAF already and further on in the summer, operations will be carried out from additional dispersal locations.

“We’ve pretty much looked at every piece of concrete in the region, and we’ve analyzed it and assessed it for possible use as places to operate to and operate from,” he said.

Wilsbach downplayed the effect that the planned departure of the carrier USS Ronald Reagan (CVN-76) to the Middle East would have on the U.S strategic position in the Indo-Pacific.

“We did move around some carriers recently, and when that happens, we always have an internal discussion between the services of what can we do to mitigate that, or do we even need to mitigate it is another part of that discussion,” he said. Wilsbach added that the United States would provide presence via other forces along with training with its allies and partners and continue to have a steady tempo of operations and activities in the region. 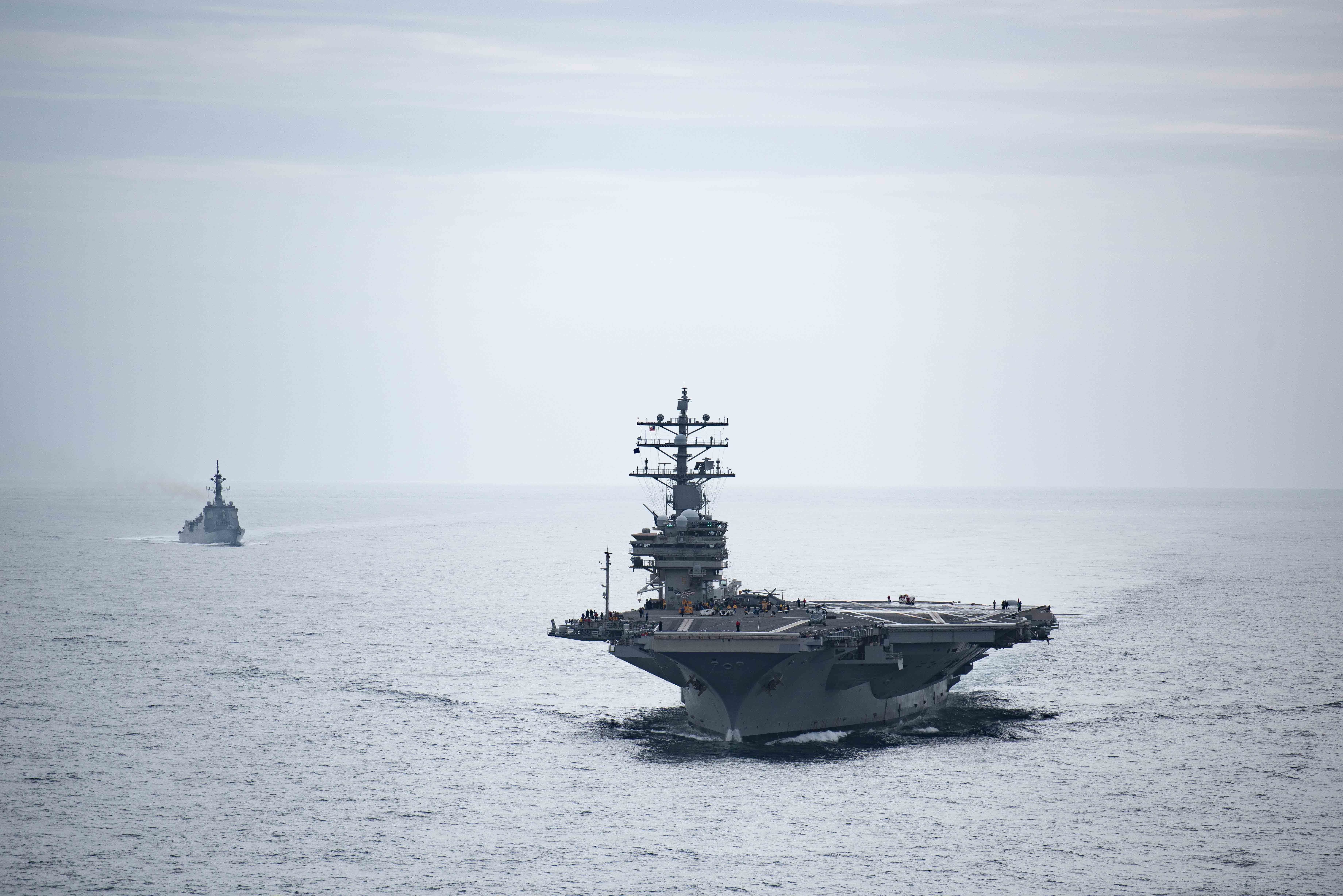 PACAF will be conducting a number of key engagement activities in the coming months, notably with the French Air Force deploying to the South Pacific and Hawaii. Three Rafale fighters, two MRTT tankers and two A400M transports are to deploy this month to Tahiti and Hawaii under the Heifara Wakea mission. Wilsbach recently hosted Radm Jean-Mathieu Rey, commander of France Pacific Command (ALPACI) on June 1 in Hawaii to discuss the deployment.

“The French will be out in the region here in a few weeks, and we’ve been working with them for the last several months to orchestrate that exercise and activity, and we’re extremely excited about this,” Wilsbach said. The exercises in Hawaii will include drills between the Rafales and the U.S. F-22 Raptors based there.

He also confirmed that PACAF had plans to conduct activities with the U.K. carrier HMS Queen Elizabeth (R08) when it was in the region but he declined to disclose the details save to state that in addition to the Air Force, the other services in the region would also be conducting training activities with the U.K. carrier group

In regard to his previous statements calling on the E-3 Sentry operated by his command to be eventually replaced by the E-7 Wedgetail, already in service with the Royal Australian Air Force, Wilsbach stated he has expressed it to his chain of command and the matter was still being talked on, “I’ve made my requirements known and we’re working out the details of what next for E-3 replacement.”

On aircraft tankers operated by his command, Wilsbach said that the current existing PACAF tanker fleet, particularly with the KC-46 coming into service was sufficient for PACAF’s needs and added to the tanker capabilities of partners and allies in the region, PACAF was unlikely to need the hiring of commercial air tanker services.