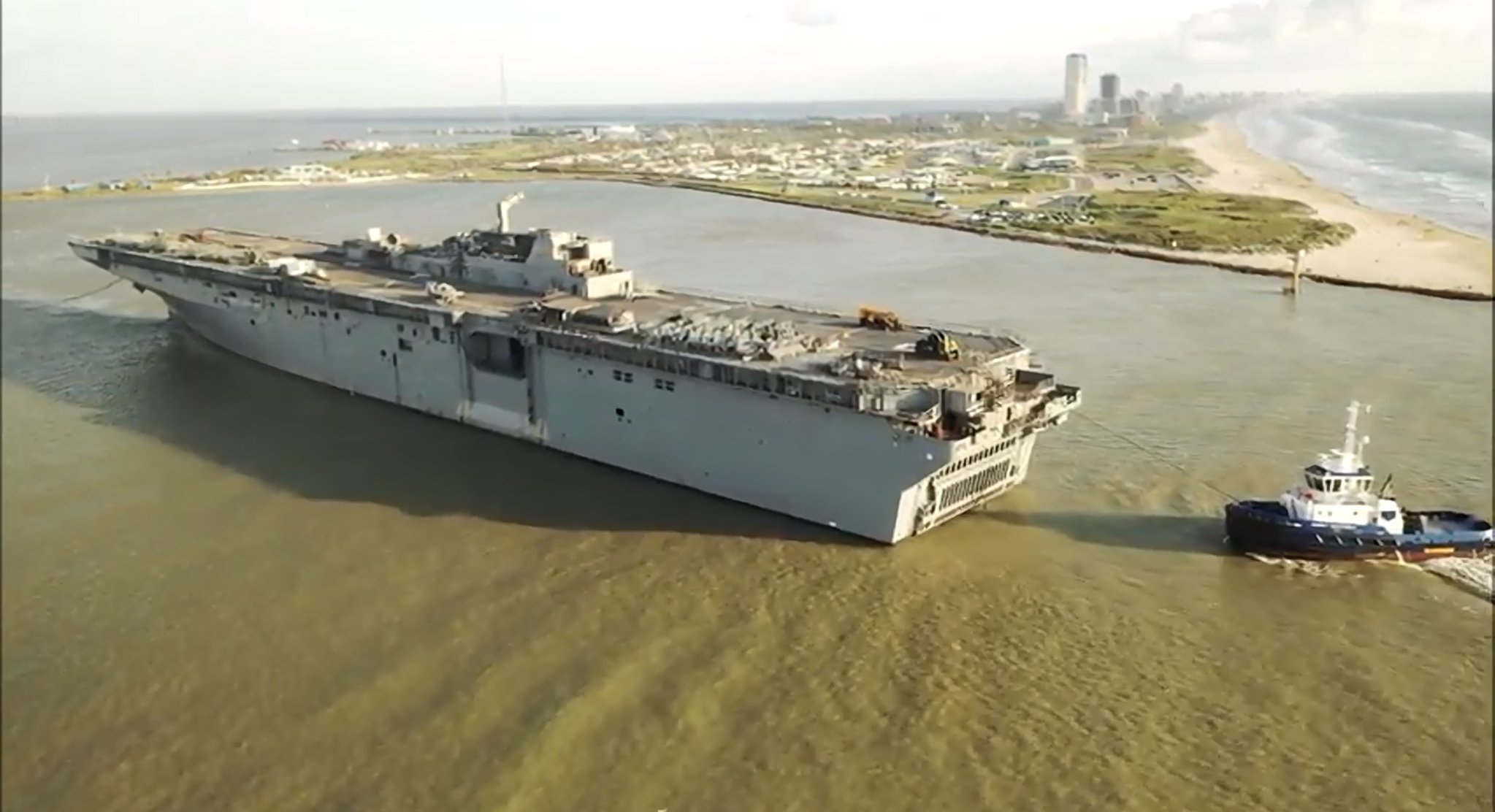 Screenshot of YouTube video from May 31, 2021 of the hull of Bonhomme Richard arriving in the Port of Brownsville, Texas.

The hull of the former amphibious warship Bonhomme Richard (LHD-6) has arrived at the yard of a Texas shipbreaker for dismantling, the shipyard confirmed to USNI News.

As part of the contract, the Texas yard will harvest government-owned equipment that survived the July 12 fire, which started while the 22-year-old Bonhomme Richard was in the last stages of a $250 million refit. For example, USNI News understands that the propulsion system for the ship was largely undamaged.

The arrival at the International Shipbreaking yard follows the hull’s departure from Naval Station San Diego, Calif., on April 15, 2021 – a day after Bonhomme Richard’s ceremonial decommissioning.

The hull was towed across the Pacific, arrived off the Western Coast of Panama on May 5 and completed the Panama Canal transit on May 12. The hull’s island and aircraft elevators were removed to allow easier passage through the canal’s locks.

Several investigations into the origins of the fire and the Navy’s response are still ongoing.