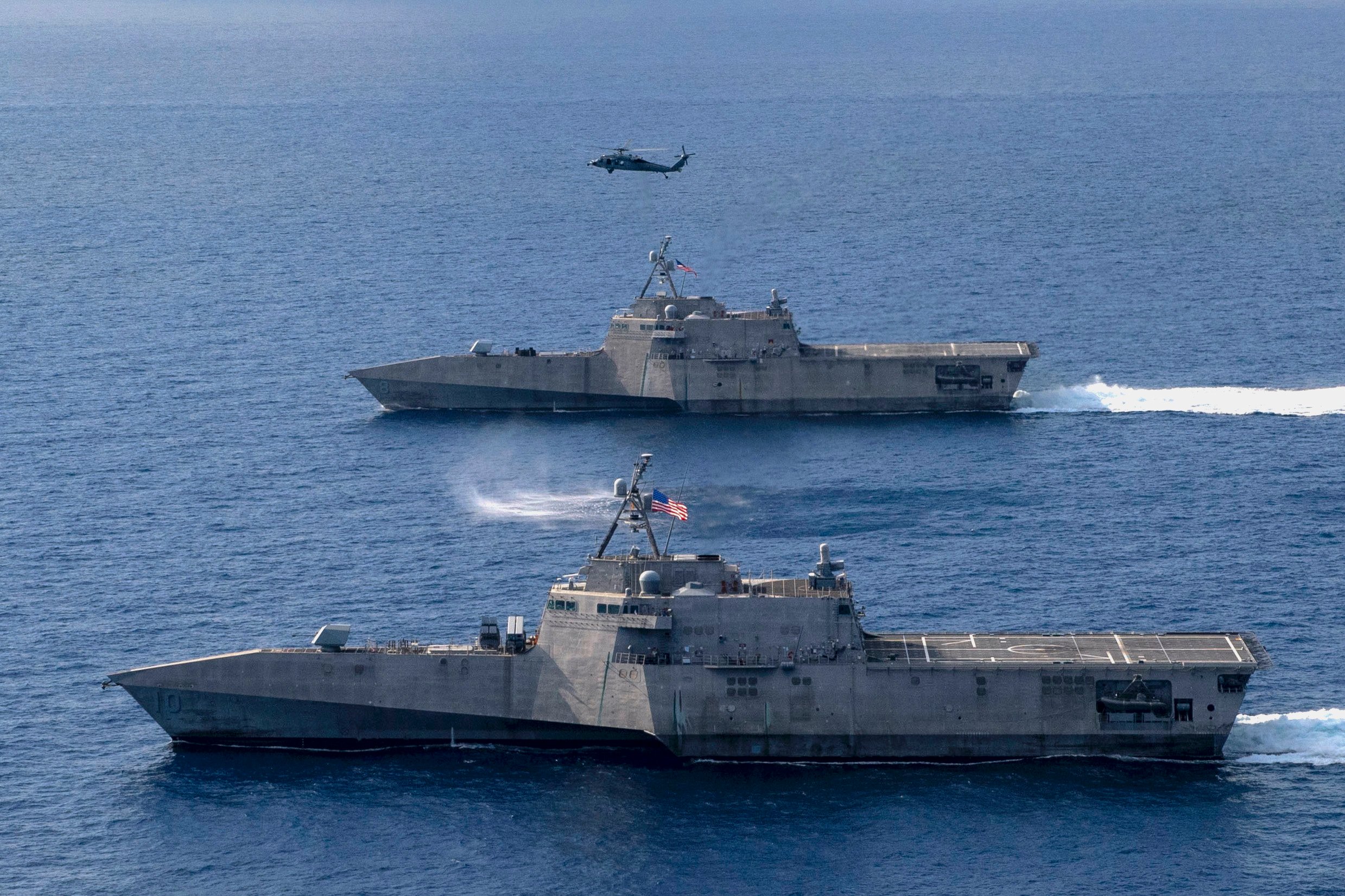 The Navy is now pushing the Littoral Combat Ships out into the Pacific in force after more than a decade of stops and starts and studies.

Today, there are two LCS deployed to the western Pacific – USS Tulsa (LCS-16) and USS Charleston (LCS-18) . By the end of the year there’ll be four and the end of 2022 there could be eight, the commander of U.S. Japan-based 7th Fleet said on Thursday.

“Before you start throwing darts, I’m a big fan of the platform,” Vice Adm. Bill Merz said on Thursday, speaking at the Mine Warfare Association International Mine Technology Symposium.

“Once you put it in its own environment, it does extremely well. It does better than a [destroyer] in that environment. And it, has the added benefit of freeing up the DDG to do DDG stuff.”

A decade ago, the Independence and Freedom LCS variants were designed to be low-draft, high-speed ships that would swap out a series of mission packages aligned to mine countermeasures, surface warfare or anti-submarine warfare missions.

However, delays in developing and fielding the mission packages on both classes have forced the Navy to rethink how it operates the LCS forward. For starters, Merz is pushing the Singapore-based platforms to do more with the Marines and their emerging Expeditionary Advanced Base Operations concept.

“That is [LCS] upfront combat mission, as a naval [surface warfare] platform largely in support of the Marines in the [Expeditionary Advanced Base] world,” Merz said.
“It’s a great high-speed connector. It’s got a big flight deck, big mission bay.” 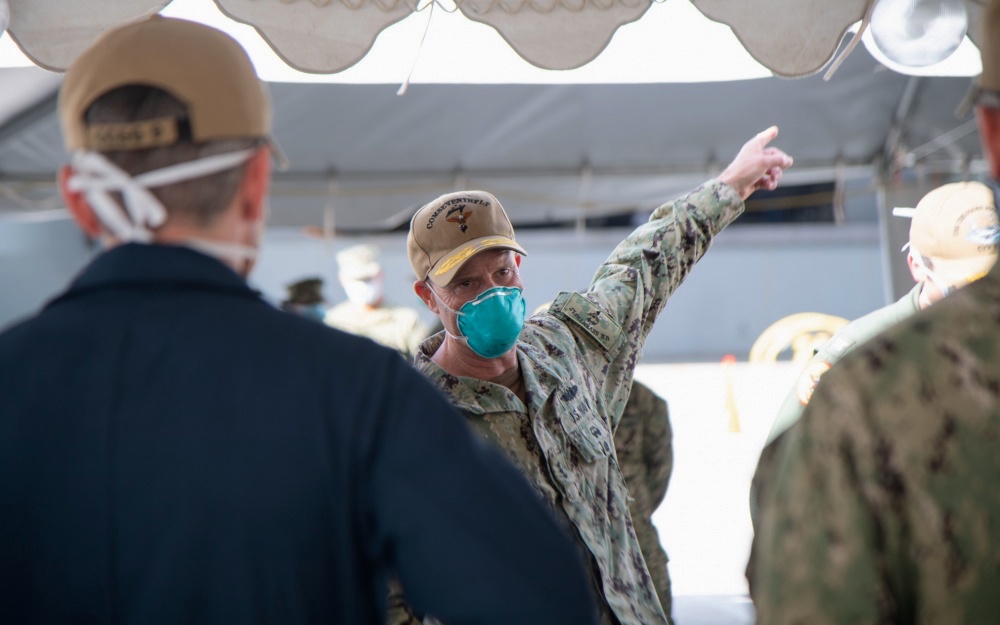 To that end, USS Gabrielle Giffords (LCS-10) left San Diego in 2019 for 7th Fleet with a variant of the surface warfare (SUW) package that marries up twin 30mm cannons and a 57mm main deck gun with eight anti-ship Naval Strike Missiles.

The Navy pushed to add the over-the-horizon anti-ship missile to make the Independence-class hulls headed to the Pacific more relevant against a peer threat.

“I’ve gotten great support from [U.S. Pacific Fleet] on making sure every LCS comes out here with the Naval Strike Missile,” Merz said.

With Giffords’ deployment with the Naval Strike Missile, LCS may have finally found its groove in the western Pacific, Merz said.

“We’ll always be operating in and around the archipelagos, probably Ryukyus, the Philippines and areas into the Philippine Sea behind it. It turns out it is highly survivable and highly effective when operating in the environment it was built for,” Merz said.
“It is not blue water ship by any means but when you put it in the archipelago and you combine low signature and high-speed, it turns out it’s very hard to target, very hard to kill and it’s very effective with a thousand places to get gas.”

While the Navy was struggling with a COVID-19 outbreak that sidelined carrier USS Theodore Roosevelt (CVN-71) for three months last spring, USS Montgomery (LCS-8) and Giffords were put to work, Merz said.

“Gabby pretty much owned the southern South China Sea when I had TR down… with COVID,” Merz said. “She just kept out there pounding away, blowing up every Chinese operation. It was pretty impressive work.”

Defense officials familiar with the deployment told USNI News the People’s Liberation Army Navy paid particular attention to the Independence-class ships when they operated in the South China Sea.

While a U.S. destroyer operating in the region typically draws a PLAN warship as a tail, Montgomery and Giffords drew three Chinese warships to observe operations. In the last several years the Chinese have announced the development of their own trimaran with similar characteristics.

While Merz is a self-avowed LCS fan, there are problems.

“The mission package we’re most concerned with the LCS is the mine warfare package,” Merz said.

The U.S. MCM assets in the western Pacific are nearing the end of their lives and the mission package that was envisioned to replace the 1980s era Avenger-class wooden MCM ships and the MH-53E Sea Dragon MCM helicopter has suffered embarrassing delays.

In 2016, the Navy was forced to retool the MCM package after canceling the unreliable semi-submersible program that was supposed to tow the AQS-20A mine detecting sonar.

The Navy is now in the process of certifying individual pieces of the MCM package for an initial operational capability and mixing and matching MCM capabilities inside the fleet. 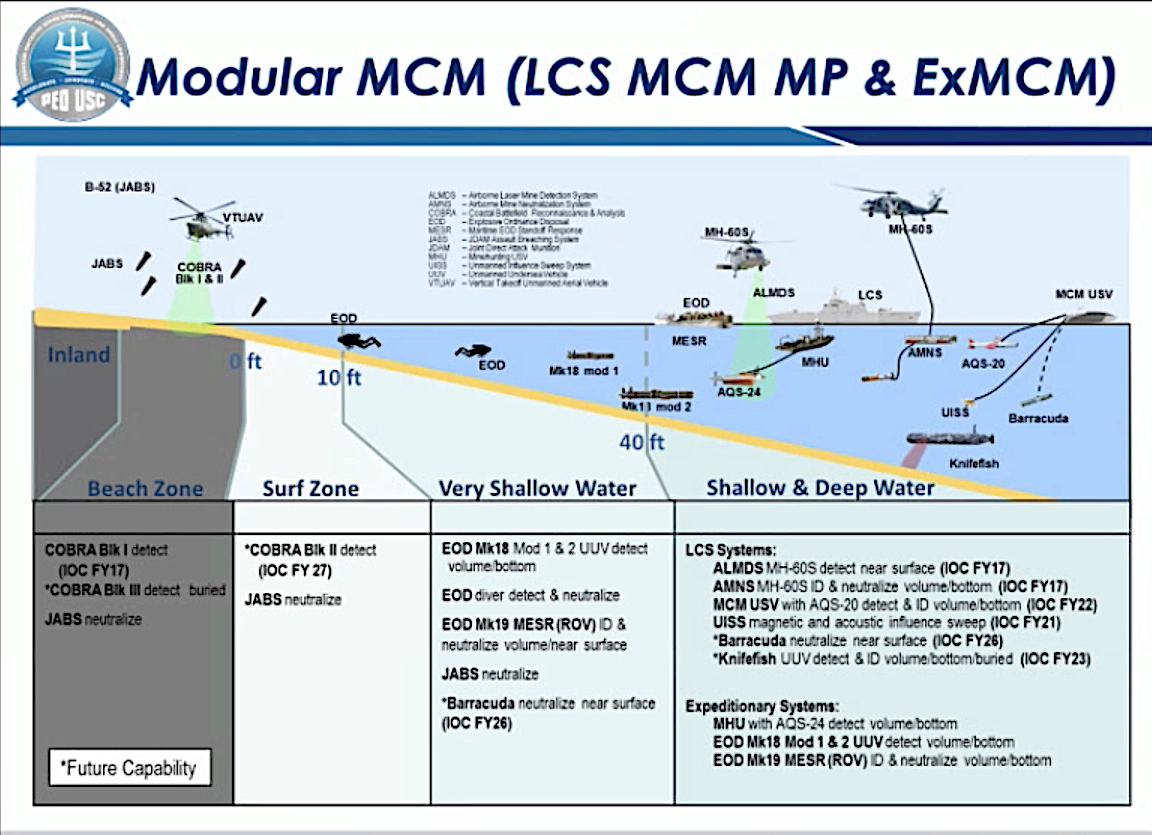 “We still have a series of tests to come on the mission package but what gets often lost in the conversation is that each of the systems is being tested by itself and then being tested with LCS,” Rear Adm. Casey Moton, the program executive officer for unmanned and small combatants, said earlier this week at the same conference.

“This end all be all test for the mission package – it’s certainly important – but the capability is actually tested and fielded long before we get to that spot.”

The end-to-end test of the first increment of MCM capabilities bound for LCS is tentatively scheduled for fiscal year 2023 or 2024, USNI News understands.
Merz expressed concerns over the current contractor-based model of maintenance and sustainment for LCS.

“I’m [not] okay or happy with the sustainability of LCS. That has to be fixed,” he said.

The Navy is pulling away from the original concept of fly-in contractor maintenance for the ships in forward-deployed bases like Singapore and shifting toward more sailor-led repairs. 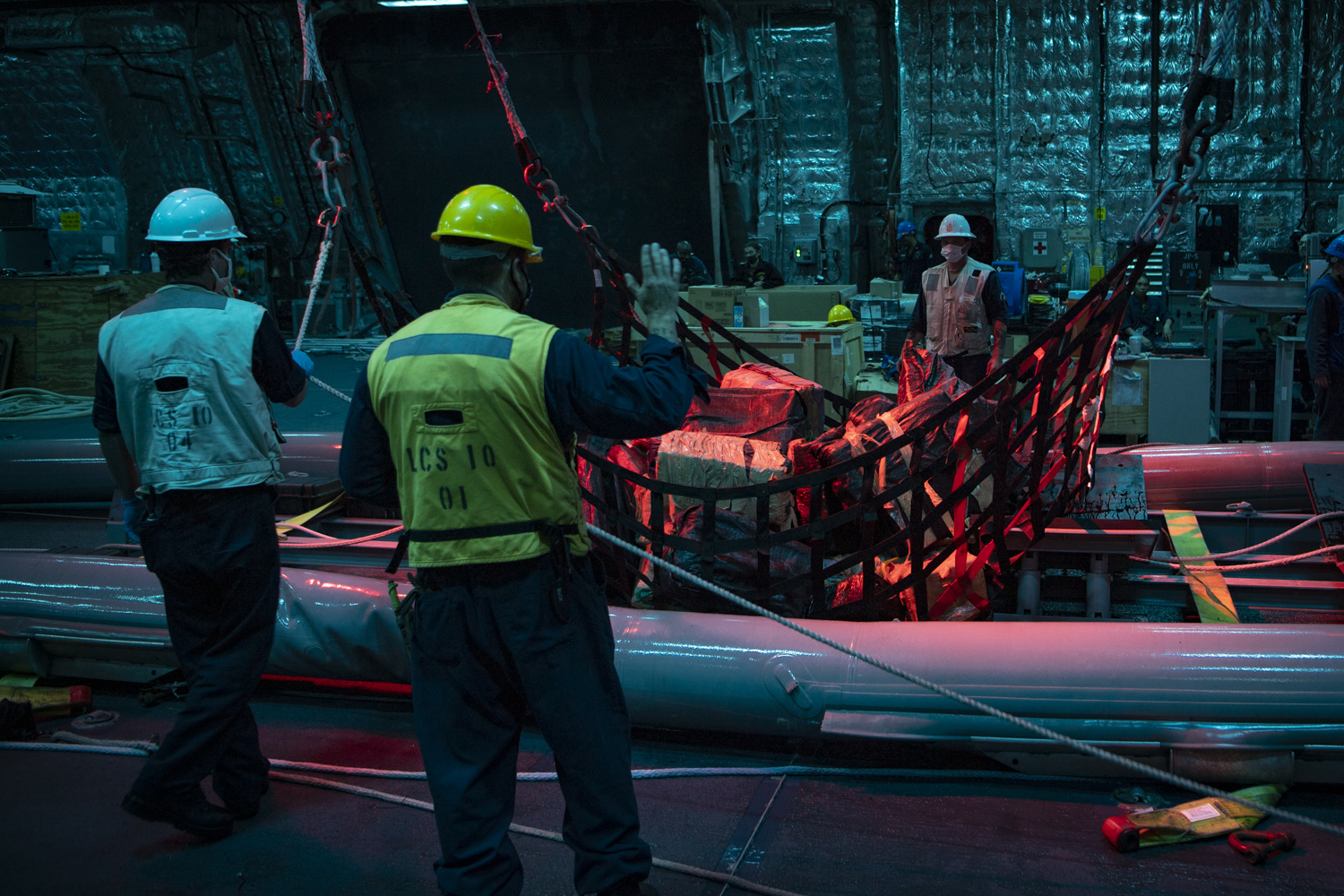 Merz went on to say that while the maintenance portion needs work, the hulls were more rugged than advertised.

“What you don’t hear about LCS is the ship is built with a tremendous amount of redundancy,” he said.
“When I cross red lines with water jets and diesel engines and turbine generators that I don’t think in any cases ever resulted in an inoperable ship. They maybe can’t go 50 knots, and now I’m down to 25 knots, but in the environment I use it they typically just stay on the field and fight through it like everybody else.”

In the long term, Merz wants more of the ships in the western Pacific to expand what LCS can do.