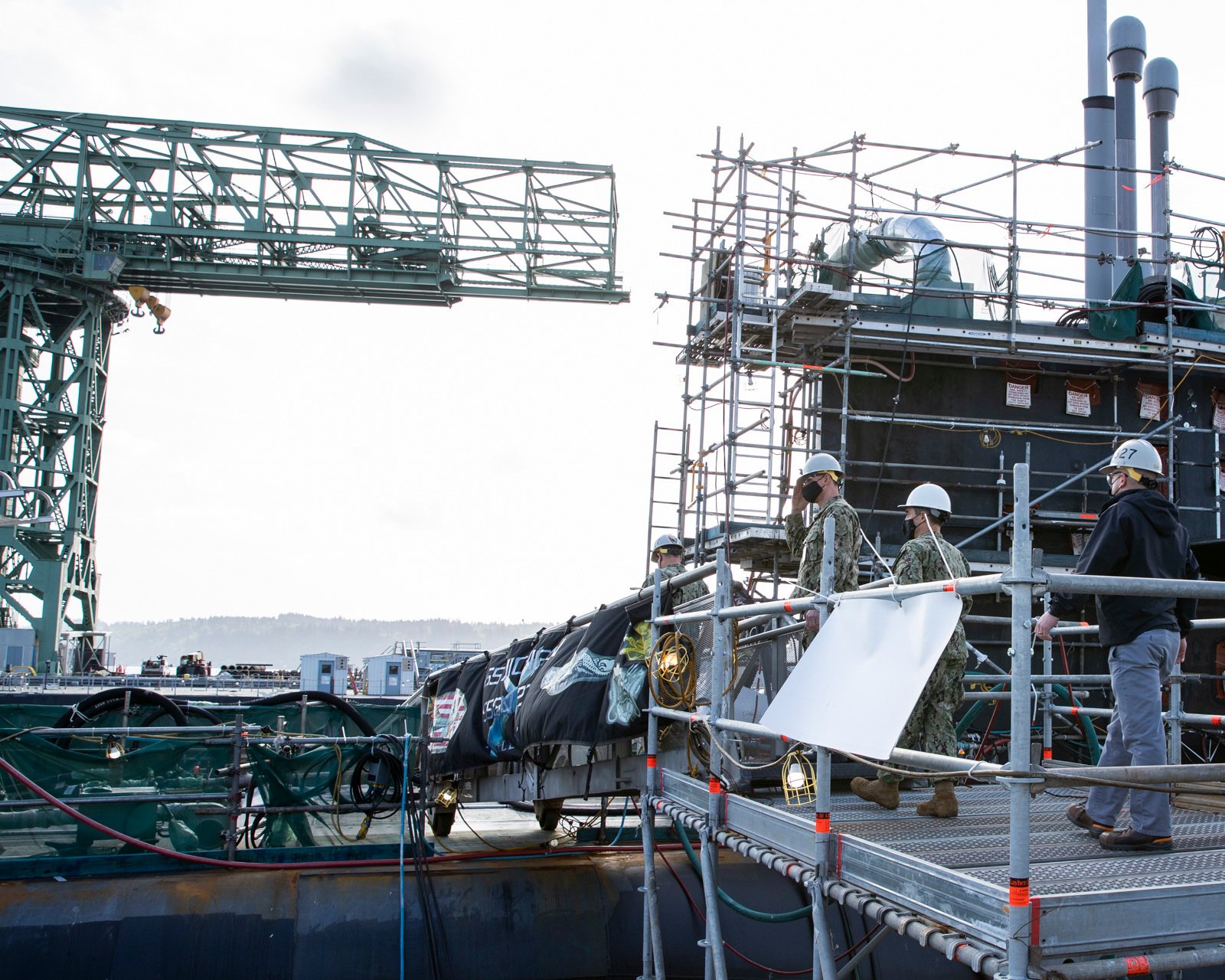 The Navy is already seeing benefits from using digital twins to test out upgrades and fixes to ships in the fleet, and it hopes to expand the capability in the future to a more comprehensive ship sustainment system, the head of Naval Sea Systems Command said this week.

Vice Adm. Bill Galinis said that a NAVSEA digital transformation strategy is one of his top priorities, and that several digital twin efforts at NAVSEA and its program executive offices are already improving fleet performance and saving time and money.

With the Aegis Combat System digital twin, “where we’ve had problems with the combat systems or had to provide software upgrades or updates, that digital twin has been very helpful in allowing us to quickly test those software changes and get them deployed to the fleet,” he told USNI News during a question-and-answer session while speaking at the annual McAleese FY 2022 Defense Programs Conference.

NAVSEA also has digital twins for some machinery and equipment, with the gas turbine digital twin being one of the more often-used ones.

“Just recently, this was a ship overseas where we had a problem with one of the gas turbines, and we were able to use the digital twin to quickly diagnose the problem, determine what the failure mechanism was, and get the part to the ship without having to fly a technician to the ship. And it saved probably literally weeks [versus] if we had to fly someone out there, go through the troubleshooting process, identify the part, and then fly the part out,” he said.
“So we were able to quickly accelerate that process. We’re finding the digital twins really are paying some big dividends for us.”

Galinis added that there are some good digital shipbuilding tools the Navy and industry are using, but a lot of work remains to integrate these tools together and create a comprehensive digital environment that can support the entire process of Navy concept design, industry detail design and then follow-on sustainment throughout the life of the ship class.

Noting that a lot of good digital ship design work is happening at Naval Surface Warfare Center Carderock Division in Maryland, Galinis said that “I think what we’re really working on now is looking, as we start – I’ll use DDG(X) maybe as the example – as we start down that design and acquisition approach for that platform, being able to leverage tools that the government has as well as what industry uses, and more importantly the tools that they’re going to use to go through the detail design and construction. And then really kind of the holy grail in this is to be able to take that digital model and carry it into the sustainment area, which quite frankly we really haven’t been successful in that area. So that’s really what we’re trying to get to. So it’s the integration of those tools; there’s a lot of tremendous design capability out there, but the integration of those tools between what the Navy has, what industry has, and then being able to take that forward into sustainment is really where we want to go.”

Also in the digital transformation strategy is an emphasis on cybersecurity, which Galinis said was a top priority. Asked during the event about what kind of cyber threats NAVSEA and the fleet face, especially in light of last week’s ransomware attack on Colonial Pipeline, Galinis said that “I think we’re already at war in that space, quite frankly, and I think we saw that … last week. And whether it’s a state or a non-state actor. But that’s an area that we take very seriously.”

He said Navy ships already have some cyber protection but that NAVSEA is working to deploy even more protections in light of growing cyber threats from different kinds of actors.

Galinis said the Navy has seen breaches of unclassified information in the past, which the service learned from and put additional safeguards in place.

“It’s something we need to continue to keep our eye on,” both within Navy systems and with industry partners large and small, he said.