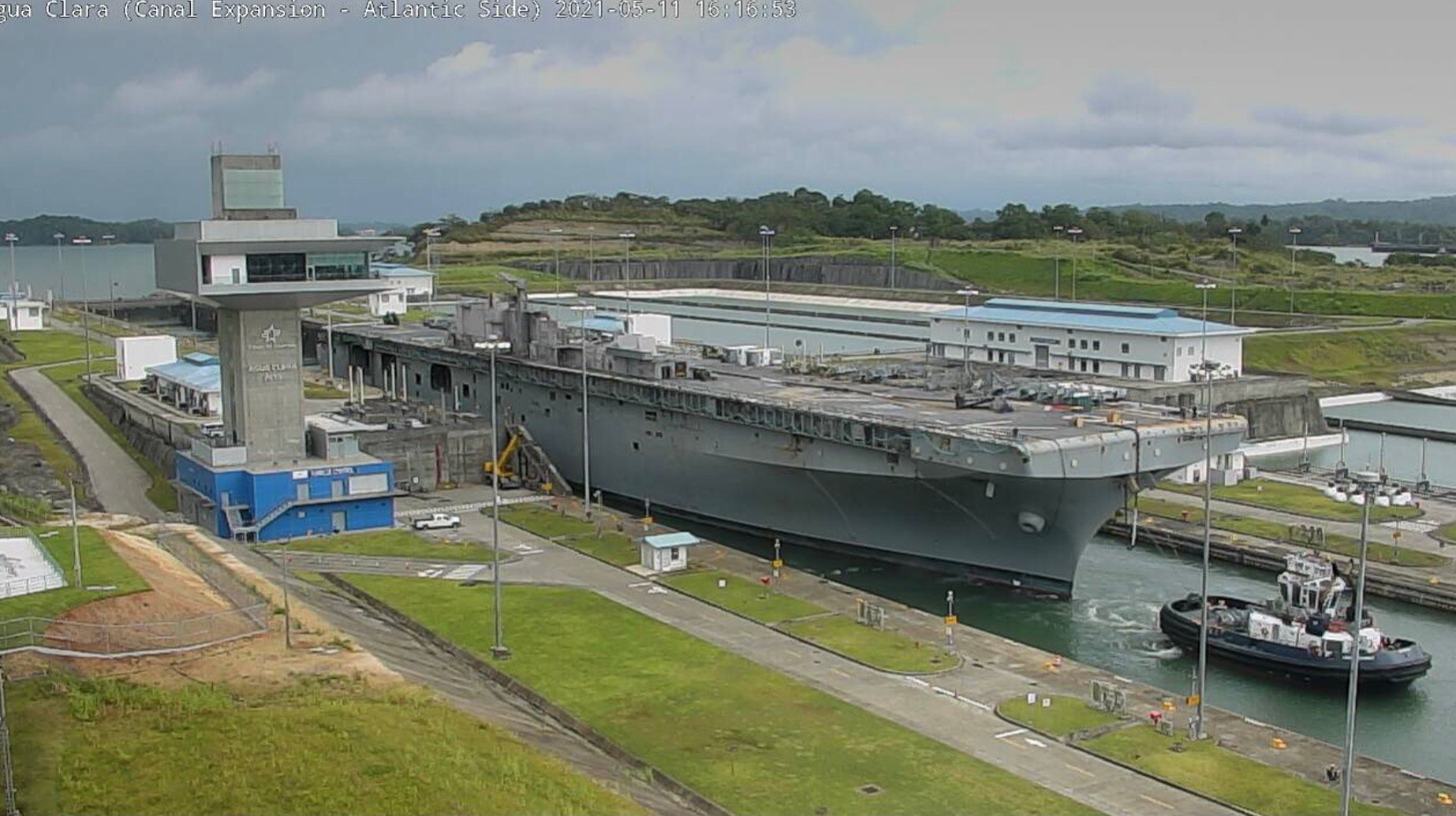 Bonhomme Richard (LHD-6) hulk northbound in the Panama Canal in the Agua Clara Locks on May 11, 2021. Photo via Twitter

The hull of the former amphibious warship Bonhomme Richard (LHD-6) is in the Caribbean Sea after transiting the Panama Canal, according to data from ship tracker Marine Traffic.

I just rode the tow of BONHOMME RICHARD through The Panama Canal 🤙🏼 pic.twitter.com/QEFYAKhK4i

The tug MV Nicole Foss, which is pulling the hull, is now moving toward its final destination in Brownsville, Texas. The pair had reached Panama on May 5 before transiting the canal earlier this week. To pass through the canal undertow, the ship’s aircraft elevators and island were removed to better navigate the series of locks leading from the Pacific Ocean to the Atlantic.


A source familiar with the transit told USNI News that the ship is scheduled to arrive at the yard of International Shipbreaking LTD., in late May. The company won a $3.66 million bid to salvage the hull last month. The shipbreakers will also harvest equipment that was undamaged in the fire last year that burned for four days. For example, the ship’s propulsion system was largely undamaged from the blaze and could be reclaimed, a source familiar with the damage told USNI News.

The command investigation into the fire has been completed and is now in a review and endorsement process, according to a Navy official. Other investigations are ongoing.