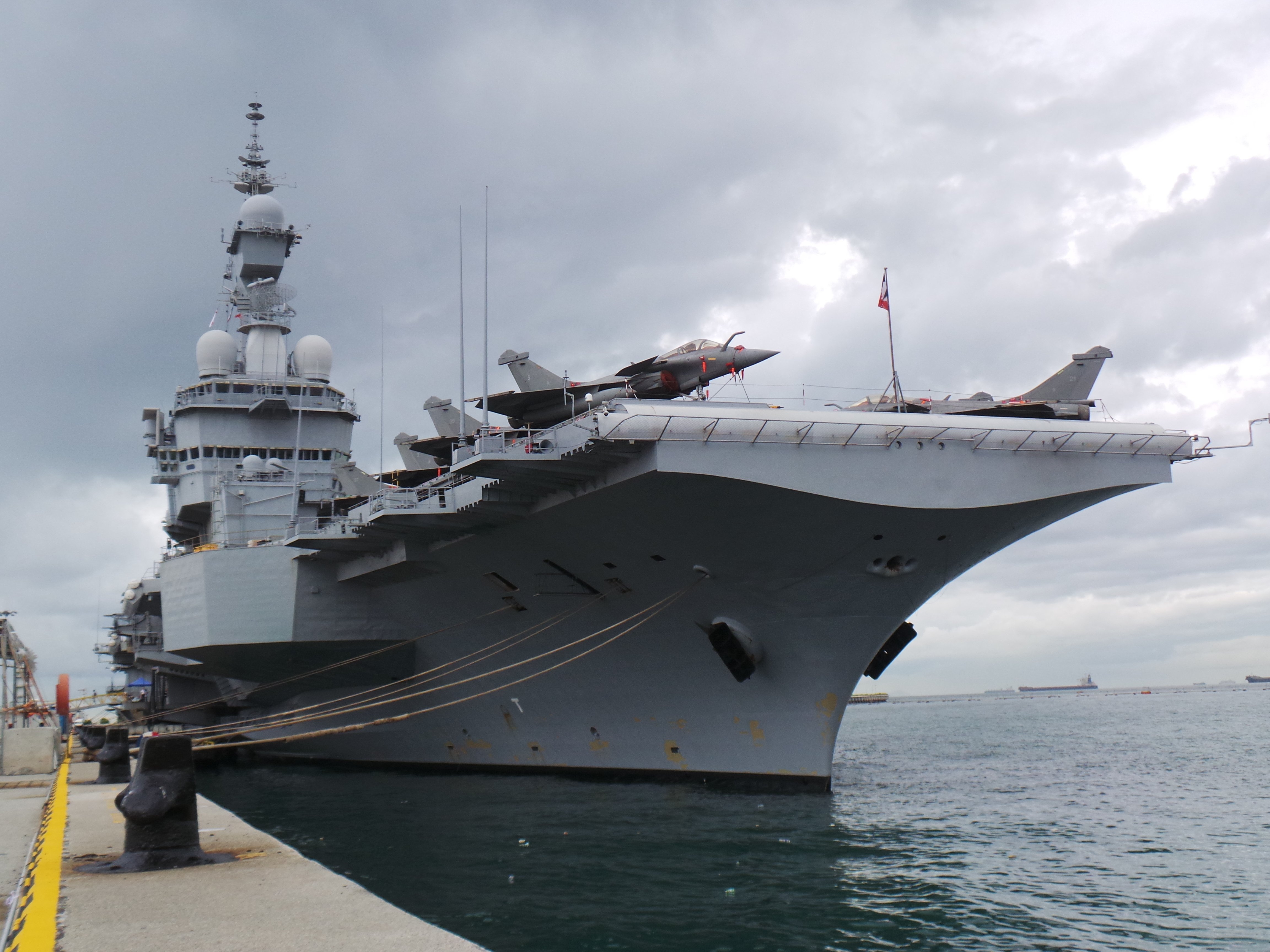 KUALA LUMPUR – Far from France, Rear Adm. Jean-Mathieu Rey, Joint Commander French Armed Forces in the Asia-Pacific (ALPACI), is responsible for French security interests in the Indo-Pacific – an area of the world that’s growing in complexity as tensions between the U.S. and China continue to build, he told USNI News.

“We intend to assume our international responsibilities by regularly deploying military units through an association of mainland forces and overseas-based assets,” Rey said in response to written questions from USNI News. “Those deployments are enhanced by a network of support bases and French officers including defense attachés and liaison officers.”

The U.S. and China are shaping the regional strategic context, he said. Combined with the global armament effort in Asia and the reconfiguration of strategic balances, the competition has led to increased uncertainties and enhanced various existing threats, including the consequences of climate change, environment protection, natural disasters, illegal trafficking, piracy, maritime terrorism and illegal migration, all of which continue to destabilize this vast area. The Pacific, which owns the world’s largest fishing resources, is also threatened by Illegal Unreported and Unregulated (IUU) fishing, he said.

Rey said that France is a nation of the Indo-Pacific, with overseas territories like French Polynesia, New Caledonia and La Réunion forming a significant part of the French maritime domain that accounts for millions of square miles in Exclusive Economic Zones. “[B]eyond these sovereign zones, we have more than 1.6 million inhabitants, 7,000 permanent-based defense personnel and 200,000 expatriates in the coastal countries of the Indo-Pacific,” he said. 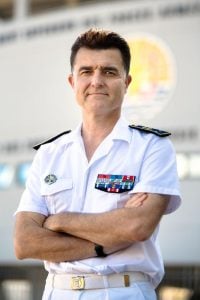 French armed forces in the Asia Pacific are organized around two regional commands. One is based in Abu Dhabi in the United Arab Emirates and is in charge of all joint French Operations conducted throughout the Indian Ocean. The other is based in Papeete with the same responsibilities for most of the Pacific Ocean. In addition to those two main commands, three local commands are based in Djibouti, La Réunion and New Caledonia, with the French commander in New-Caledonia (COMSUP FANC) responsible for South-West Pacific.

Rey stated that France is the only European Union member to maintain a permanent military presence in both the Indian and Pacific oceans. Military assets include 15 warships and almost 40 aircraft. He added that the French military’s main mission regionally is the protection of the French territories, population and interests. These cover a wide scope, such as sovereignty, protection of EEZ resources, maritime safety and security and repression of illegal fishing activities or drug trafficking around French territory. But the command also contributes to regional security and stability.

“My first concern is to preserve the French capacity of defending its interests in the area, in order to maintain a safe and peaceful environment for everyone. The French defense strategy in the Indo-Pacific published in 2019 relies on this objective” he said.

To contribute to stability in the region, Rey said French forces in the region intend to fully support and enforce the international law, especially the freedom of navigation and overflight, as stated in the United Nation Convention on the Law of the Sea (UNCLOS).

“France does not conduct ‘FONOPS’ and do not intend to take part in territorial disputes, but aims to preserve the right given to any nation to sail, patrol and operate without constraints in the international air-sea commons,” he said.

A major issue is maritime domain awareness, which Rey says is mandatory to ensure the best possible knowledge of any kind of legal or illegal activity at sea throughout the area in order to efficiently face the security concerns. He added that this is why France strongly contributes to Information Fusions Centers (IFC) in Singapore, India and Madagascar. French maritime analysis and assessments are eventually shared with shipping companies through a dedicated center called the Maritime Information Cooperation & Awareness (MICA).

The Asia-Pacific region poses a number of security challenges, he said. The marinization of the world has created vulnerabilities, he said, adding that states want both to secure the resources that belong to them or that they covet. Some want to strategically use the areas to create sanctuaries for military activity.

“[T]he corollary of this ‘territorialization of the sea’ is usually the show of force and then the arms race. Facing this dangerous context, France urges to respect the international rules-based order and to step up bilateral and multilateral dialogue,” he said.

Rey also pointed out that the region must face maritime trafficking of people and illicit goods, smuggling, and theft and robbery at sea. Criminal organizations, sometimes linked to terrorist groups like Abu-Sayyaf – a group in the Philippines that is affiliated with ISIS – contribute to the destabilization of states, their economies and their populations and continue to profit from the difficulties of monitoring such a large area, he said. The French Navy is experienced in maritime operations all over the world and could easily support any partner by sharing this experience, building or enforcing capacity and conducting coordinated surveillance patrols to combat maritime terrorism and piracy threats, Rey said. 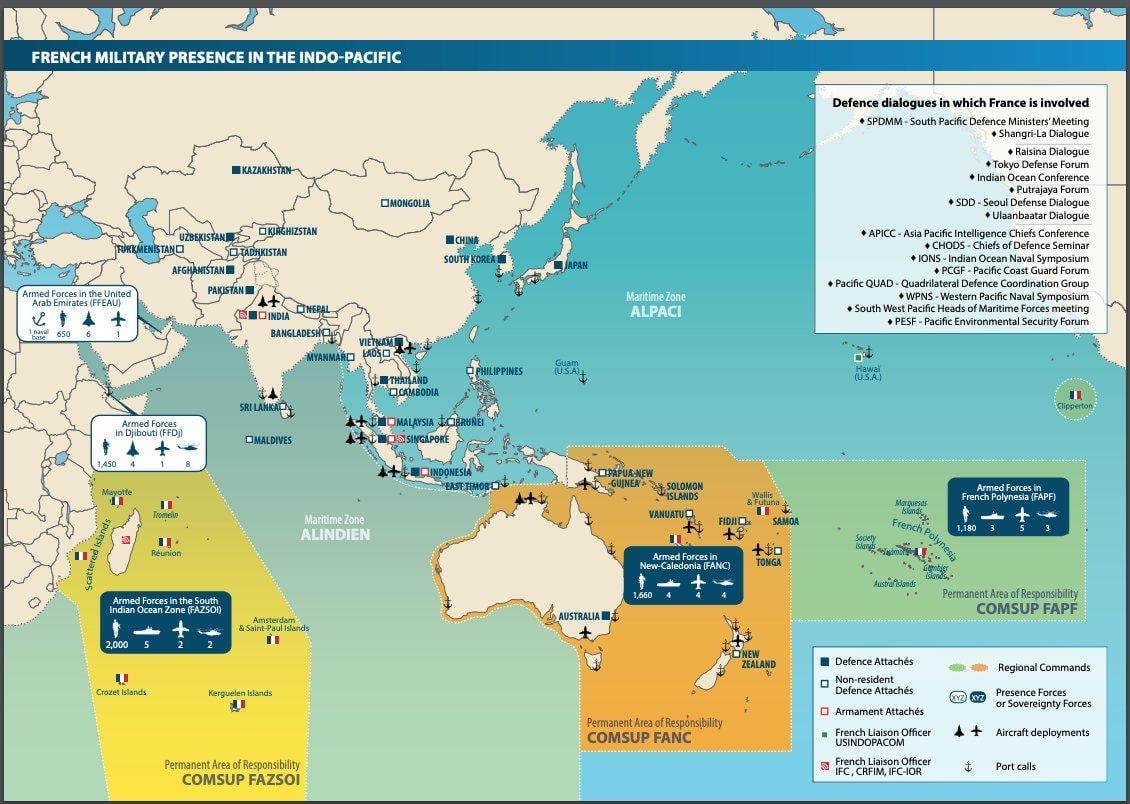 Other areas that France can contribute to include the issue of environmental security and preventing illegal, unreported and unregulated (IUU) fishing. He said overfishing and illegal fishing activities pose a considerable risk to regional stability in the long term. France is considering employing a uniquely French law enforcement construct for maritime law enforcement. Rather than using a traditional coast guard, the French assign a maritime prefect – usually a navy admiral – who coordinates the various agencies under the authority of the Prime Minister in Paris. Humanitarian Assistance and Disaster Relief preparation is also a priority for the French in the Indo-Pacific.

“We must remember that Indo-Pacific is mostly an oceanic area, which includes many Pacific islands countries, especially vulnerable to an environmental and humanitarian crisis,” he said. France invests strongly in HADR operations with mechanisms like the FRANZ (France, Australia, New Zealand) agreement and participation in the RHCC (Regional HADR Coordination Center) in Singapore.

Partnerships are at the core of France’s involvement in the region, Rey said.

“France’s action in the area relies on partnerships, which is fully consistent with the French tradition of international cooperation. The strategic partnerships we have with the United States, India, Australia and Japan are essential in order to preserve regional stability, by developing interoperability and conducting coordinated operations. ALPACI maintains also excellent relationships and trust with regional partners, such as Singapore, New Zealand, Malaysia, South Korea, Indonesia, Philippines and Vietnam,” he said.

The admiral cited the operation conducted off North Korea in supporting of the United Nations Security Council resolutions as an example of operational cooperation. France is part of the 1968 Nuclear Non-Proliferation Treaty and ALPACI is deeply involved in the implementation of those resolutions through the national surveillance operation called AETO. This operation is conducted in close coordination with partners, who are also implied in such operations. He also stated that ALPACI participates in many regional exercises such as RIMPAC in Hawaii, but France also organized some important multilateral exercises such as the recently concluded La Pérouse exercise, which took place in the Bay of Bengal alongside the United States, Australia, Japan and India. 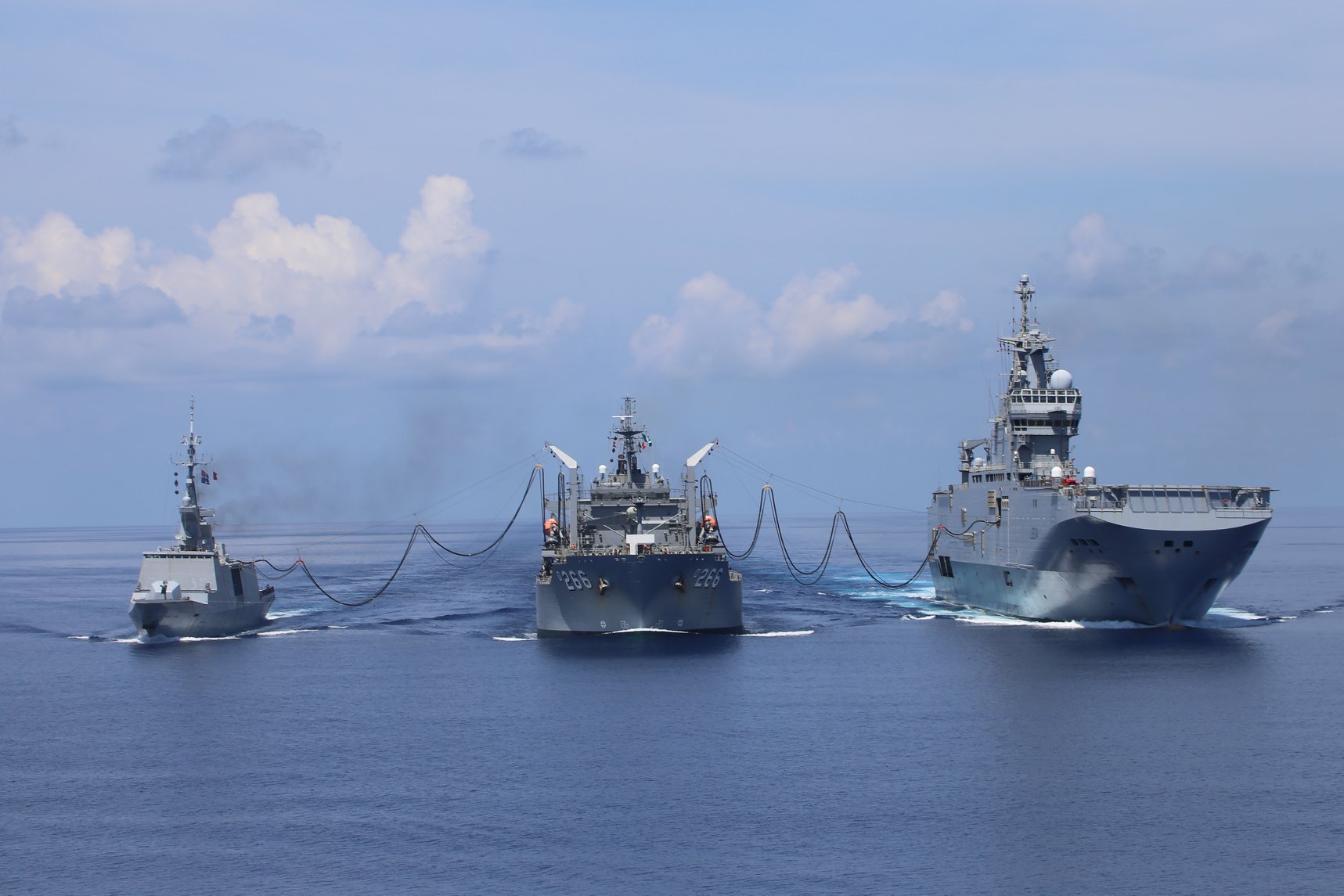 Conducting operations in the Indo-Pacific does pose logistical challenges for France due to both the huge dimensions of the region and the fact that French territories are far away from South-East Asia, Rey said. As a result, France must rely on partners to support its deployments.

“In that view, the COVID crisis has been an opportunity to test the strength of these partnerships. Fortunately, France has reliable partners in the area, which allow our ship[s] and aircraft to operate safely,” he said.

One such example has been the current “Jeanne d’Arc” mission, a regular combined cadet training and operational deployment to the region. This year, LHD Tonnerre (L9014) and frigate FS Surcouf (F711) are conducting the mission and have been refueled during the deployment by the Royal Australian Navy replenishment ship HMAS Sirius (O266). The two French Navy ships will also take part in the upcoming ARC 21 exercise held from May 11-17 in Japan with U.S and Japanese forces.

Rey said France will continue to provide a regular and sustained presence in the region, with assets permanently based in the Pacific being regularly reinforced by deployments of French mainland resources – as exemplified by the 2019 Charles de Gaulle Carrier Strike Group deployment, the seven-month-long 2020-2021 “Marianne” mission that featured the nuclear attack submarine Émeraude (S604) and the Offshore Support & Assistance Vessel FS Seine, and this year’s “Jeanne d’Arc” mission.

“Of course, such a long and distant deployment remains a challenge, especially in the current sanitarian context. I think it has demonstrated without ambiguity the French capacity in such a complex undertaking and its commitment to the region,” Rey said.