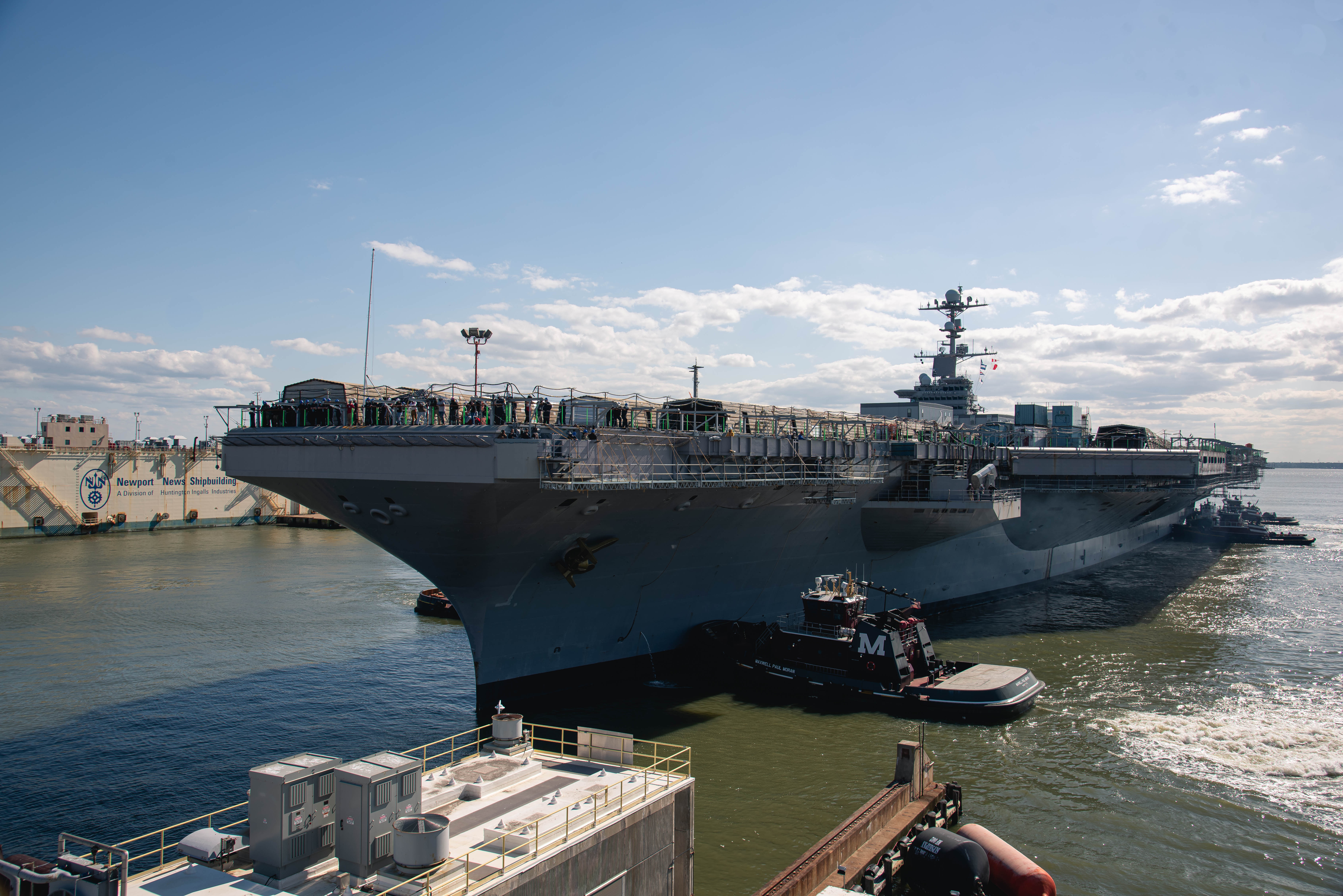 The carrier crossed the James River to the shipyard on Thursday afternoon to start the yard period for the seventh Nimitz-class carrier. The overhaul is expected to be complete in 2025.

Ahead of the trip to Newport News, “the ship went through a maintenance process called ‘Smart Start’ in which temporary services and systems were installed throughout the ship, decking and catapult equipment was removed, painting, lagging and tile sampling was done, and refueling preparations were made,” the Navy said in a statement.

Carrier USS George Washington (CVN-73) is at the end of its RCOH, which began in August 2017. The carrier was supposed to deliver later this year, but delays in work due to the COVID-19 pandemic are pushing the delivery into 2022, the company said in an earnings call earlier this year.