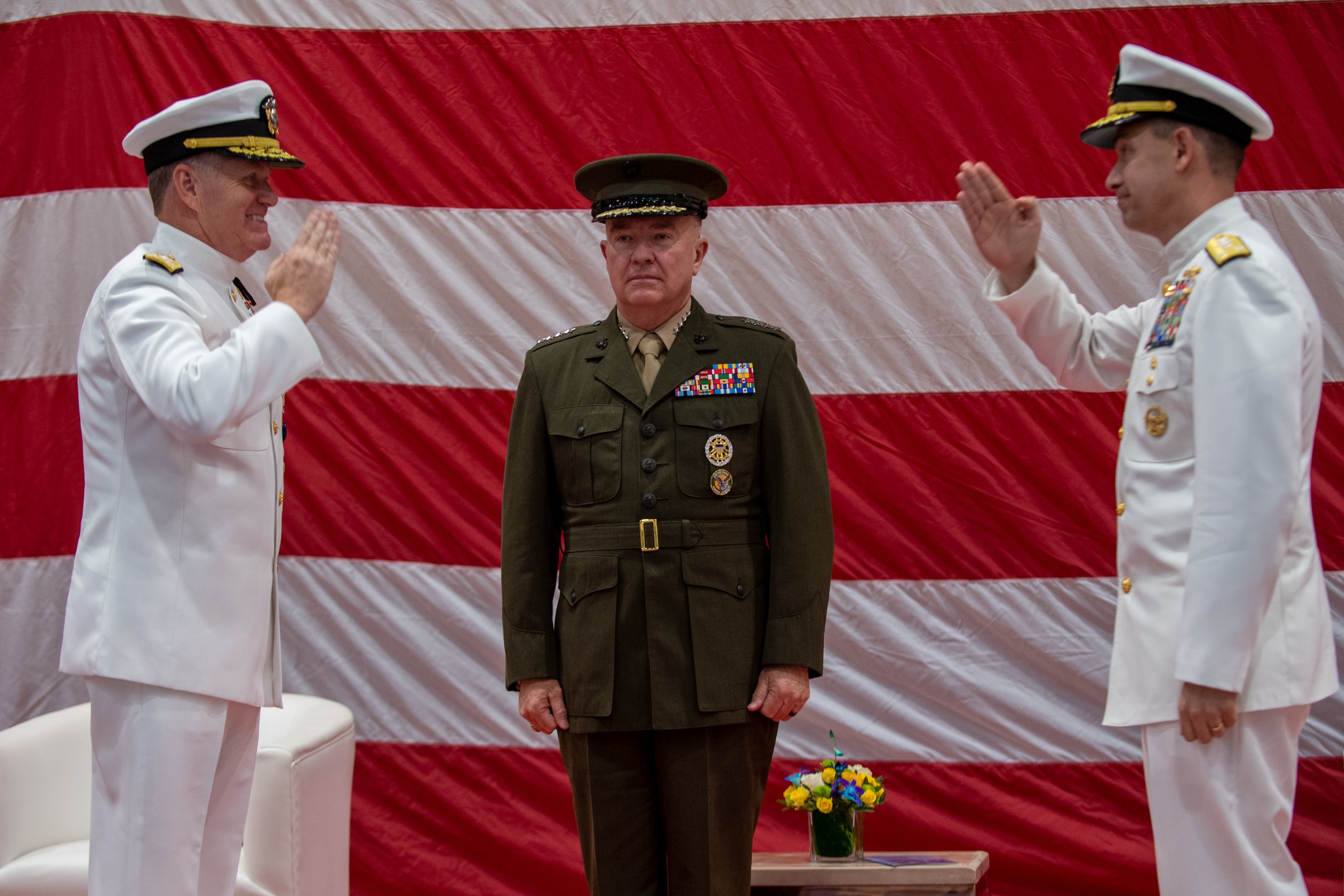 The former commander of U.S. naval forces in the Middle East is now leading the U.S. Pacific Fleet, according to the Navy.

“Under Sam’s leadership here at NAVCENT – measurable impact across the region – whether it was providing maritime security, close-air support for our ground forces or strategic deterrence, Sam’s command has been proactive, vigilant and highly successful,” U.S. Central Command commander Gen. Kenneth McKenzie said at the ceremony.
“Besides commanding coalition maritime operations in support of Operation Resolute Support and Operation Inherent Resolve, Sam has been a driving force behind the growth and interoperability amongst several of our partners’ maritime forces, an essential task if we are going to build readiness and resiliency here in the region.”

Paparo has been in command of 5th Fleet since August and was nominated last year to take charge of PACFLEET from Adm. John Aquilino, who in turn took command of U.S. Indo-Pacific Command on Saturday.

“As partners, on any given day, we are promoting maritime security and providing reassurance to the critical shipping industry – protecting key trade routes through which 20 percent of the world’s commerce passes; providing rapid response in support of manmade and natural disasters; and projecting combat power from the sea in support of Operations Inherent Resolve and Freedom’s Sentinel,” Paparo said during the ceremony.
“Leading this team as the NAVCENT, 5th Fleet, CMF, and Multi-National Task Force commander is the single greatest honor and challenge of my career.”

Paparo took command of PACFLEET before arriving in Hawaii and is due to the command in the next few days, a Navy official told USNI News on Thursday.