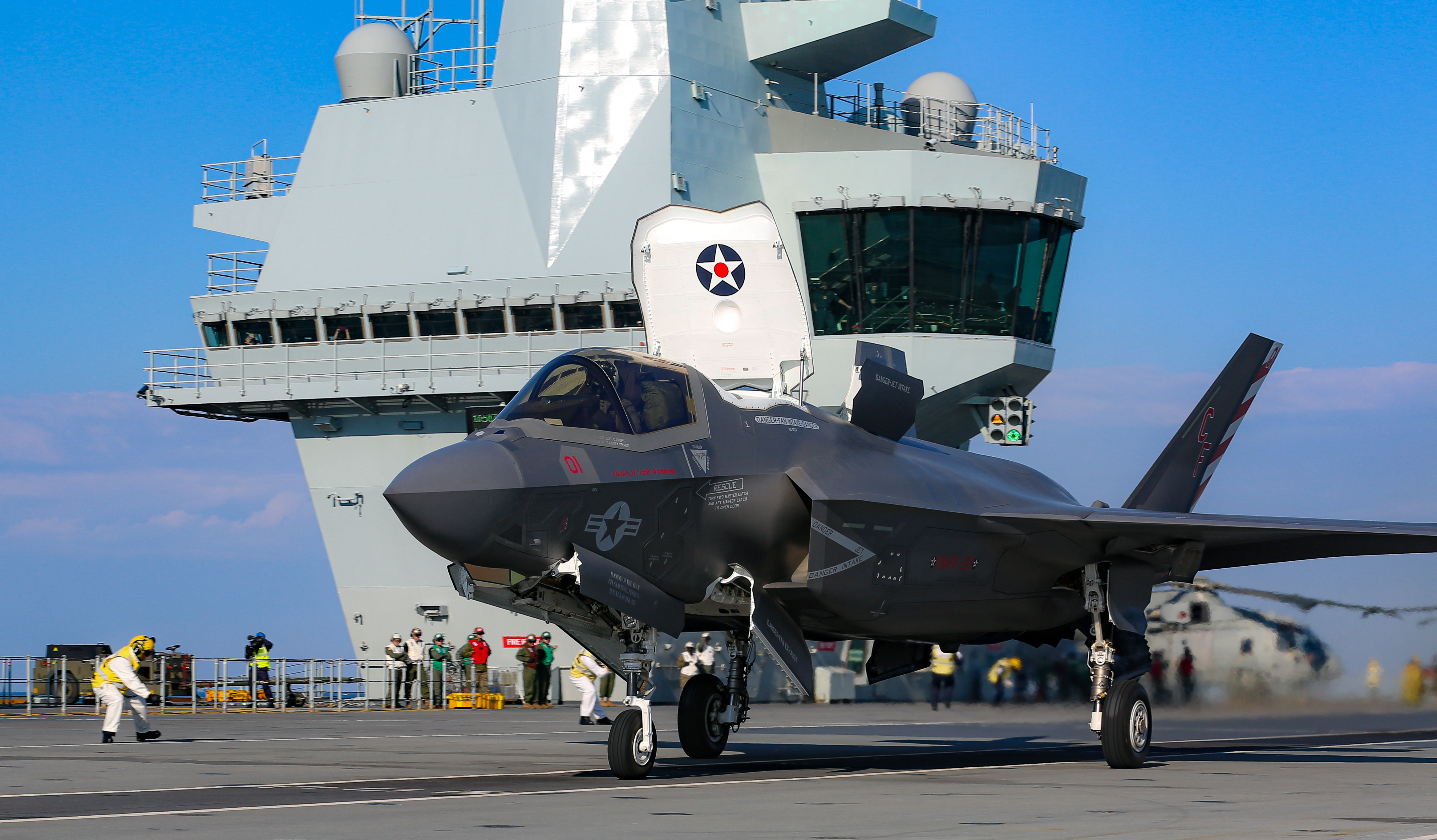 The 10 jets from the “Wake Island Avengers” of U.S. Marine Fighter Attack Squadron (VMFA) 211 flew to Royal Air Force Lakenheath from their home base of Marine Corps Air Station Yuma, Ariz., last week ahead of embarking Queen Elizabeth. Now aboard, the Marines will pair with eight jets from the Royal Air Force’s 617 Squadron, “The Dambusters.”

“Exercise Strike Warrior will involve more than 20 warships, three submarines and 150 aircraft from 11 nations and is a final test for the Carrier Strike Group ahead of its first operational deployment to the Mediterranean, Indian Ocean and Asia Pacific,” the Royal Navy said in a May 1 statement.
“It takes place concurrently with NATO’s largest biannual maritime exercise, Joint Warrior, predominantly in the north west of Scotland, which sees the Royal Navy, Royal Air Force and British Army joined by forces from NATO and Australia for a series of realistic operational scenarios.”

Following Strike Warrior, the carrier will depart on its maiden deployment that will take it from the U.K. to as far as Japan.

“On a 28-week deployment spanning 26,000 nautical miles, the carrier strike group will conduct engagements with Singapore, the Republic of Korea, Japan and India as part of the U.K.’s tilt towards the Indo-Pacific region,” the U.K. said in the statement. “Units from the carrier strike group are expected to visit more than 40 countries and undertake over 70 engagements.”

For the Marines, the deployment is a test case for other deployments of U.S. Marine F-35Bs on other allied carriers capable of supporting the fighter. U.S. allies Japan, South Korea and Italy are fielding carriers that could host the Marines.