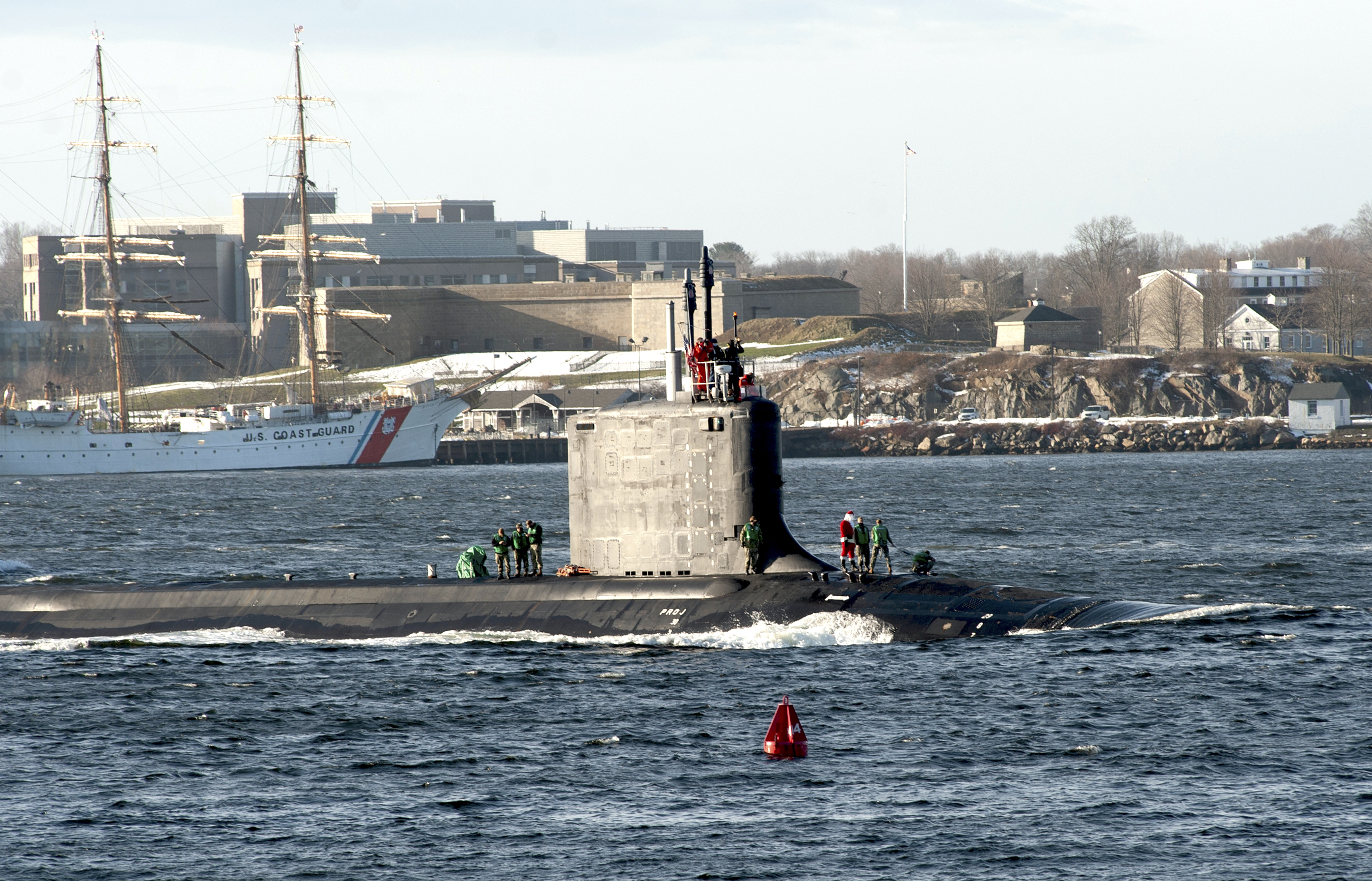 The Navy has found that engineering analysis from 20 years ago isn’t holding up compared to actual attack boat performance in the fleet. During the Virginia-class attack sub (SSN-774) design phase, the Navy had expected “that parts were going to be on the ship and fully functional for longer than it’s turned out to be,” Rear Adm. Ed Anderson, who commands the undersea warfare directorate at Naval Sea Systems Command (NAVSEA 07), said last fall at the annual Naval Submarine League conference. As a result, the Navy is writing contracts “for parts that we never thought we were going to replace on the ships that we’re replacing early” – which has implications for the already strained industrial base.

“We’re finding that some of our engineering assumptions and analysis are not bearing out, so that’s causing some changes to class maintenance plans, it’s causing some changes to resourcing on the ships and provisioning. And we’re using the data that we’re getting from the fleet to make that [provisioning] as effective for the fleet as possible. … And everything we’re learning here is going to Columbia class and [Rear Adm. Scott] Pappano there, PEO Columbia, to make sure that ship is as resilient as possible,” Anderson said at the event, noting that there are many commonalities between the Virginia-class and Columbia-class ballistic missile submarine (SSBN-826) design and materials in certain areas of the boats.

Anderson declined to say at the event or in recent comments to USNI News which components were wearing out faster than expected, but he referred to commercial-off-the-shelf (COTS) parts on several occasions. The Navy, during the Virginia class design phase in, touted the command, control, communications and intelligence (C3I) systems’ electronics as being a focus of its efforts to use COTS components to save money upfront and provide flexibility later on to upgrade the system as needed, the service said in 1999. 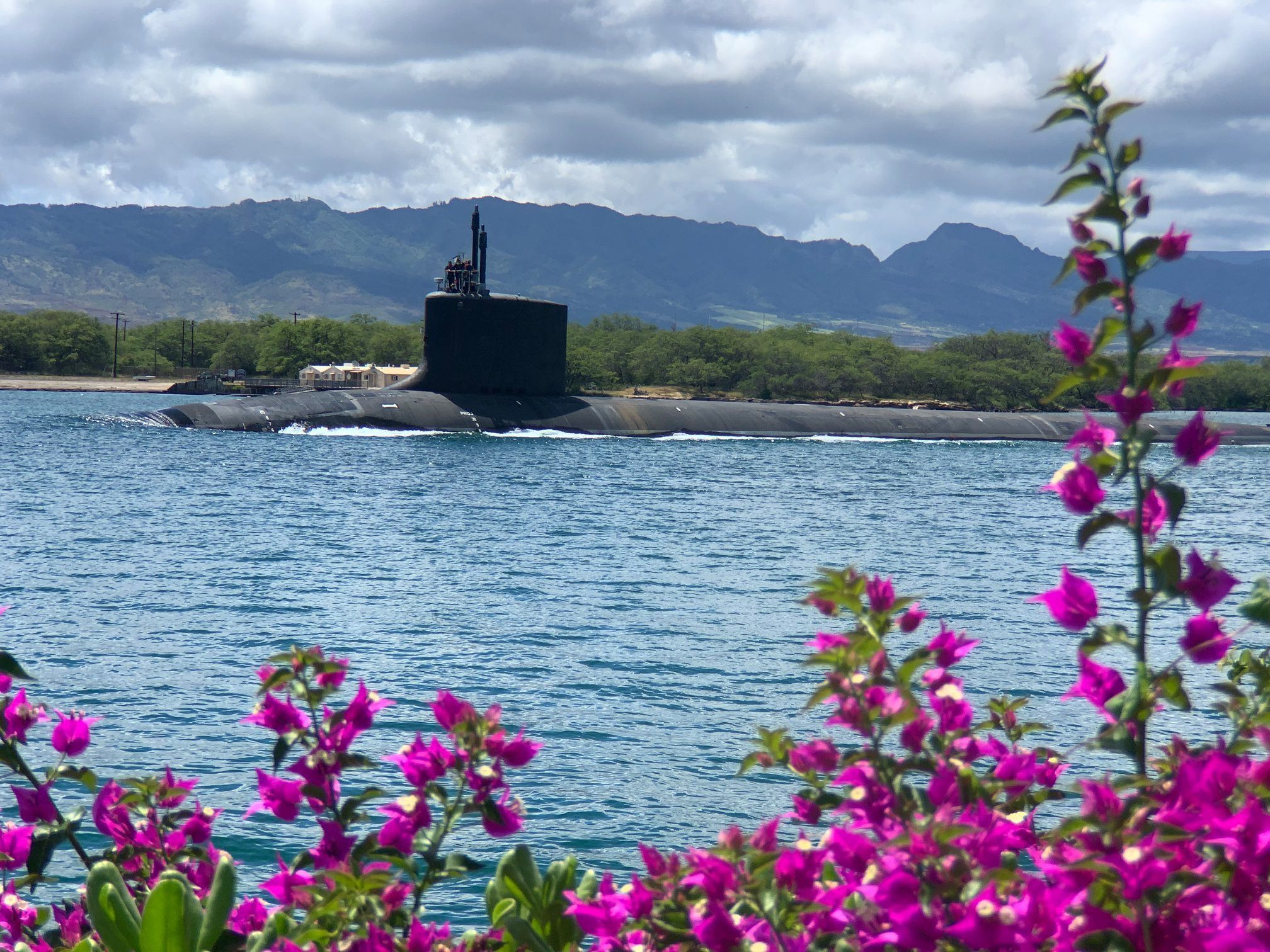 A source familiar with the submarine industrial base told USNI News that this type of learning would happen with any new ship class, as engineering assumptions come face-to-face with actual data from the fleet. However, because the industrial base in some areas is already strained to keep up with demand for new construction for SSNs and now SSBNs, the source said conversations have happened about whether certain components need to be redirected to an in-service boat that needs the parts to complete repairs and get back out to the fleet, versus if the components need to go to a new-construction submarine that cannot afford any further schedule slips.

“The Virginia-class submarines brought evolutionary changes to submarine construction and maximized the use of commercial off the shelf (COTS) technology, where possible. This resulted in tremendous procurement value; however, it is still one of the most complex combat systems fielded, and submarines operate in one of the most strenuous and unforgiving environments,” Anderson told USNI News in written comments this month.
“In addition to the engineering reliability predictions – which are being re-addressed across new construction and sustainment of operational submarines – there are robust programs to track and assess failures enabling evaluations of both short-term and long-term corrective actions necessary for total lifecycle management.”

He added that the Navy is looking hard at this issue and has two main levers to work with: parts of the Virginia and Columbia design can be reworked to get rid of the components that are failing early, or the supply system can be bolstered so that more spares are available when the components do fail.

“On a case-by-case basis there have been some manufacturing quality issues, but most of the issues seem to be design related. Redesign and adjusting the class maintenance plan (CMP) are both options, and the most suitable solution depends on each individual challenge and maintaining a balanced approach,” he wrote.
“Monitoring and utilizing metrics data and trends to inform the Virginia-class block procurement strategy allows for earlier identification and replacement of prematurely failing components via update of the CMP to reflect the true maintenance periodicities for affected components and/or improve engineering design/redesign efforts to fix problems that have been discovered in the earlier [Virginia-class blocks]. This initiative will be extended to [Columbia], where continued improvements will be made. All of these redesign efforts and corrective actions can then be leveraged for in-service backfits, as appropriate.”

Before the Navy can make these decisions to rework part of the design or to alter class maintenance plans, the service needs good data on how frequently components are actually failing. Anderson said during the November Sub League event that the Navy made an early mistake in failing to collect data as soon as these component problems began.

Early in the Virginia program, the Navy saw some cannibalism in early maintenance availabilities, where a part was taken off one SSN so that another could be made whole and return to operations. Anderson said the Navy didn’t capture that data early on, meaning the service didn’t realize it had a problem and didn’t react quickly to fix it.

Today, though, “we are capturing every movement of a part so that the supply system can see the demand, and that is really important to solving the problem long-term.” That data is important – the Navy plans the bulk of its maintenance availabilities upon expectations of what work will need to be done, rather than the actual material condition of a specific hull, so having accurate data on component failure rates would drive better maintenance planning and earlier ordering of parts.

The rear admiral told USNI News that the Virginia and Columbia program offices and PEOs are working together and with the Navy public shipyards to leverage data analytics and lessons learned from past maintenance work to improve material forecasting for future planned and condition-based maintenance efforts, and to ensure that “new construction liabilities” are understood and incorporated into maintenance work packages.

“In addition, the shipyards have begun to mitigate sustainment issues through earlier ordering, which requires re-phasing of material orders – and funding – to support very long lead material requirements for availabilities. Material ordering shifted earlier is a proven way to get ahead of lead times, reduce material work stoppages and maintenance delays awaiting components,” Anderson said.
“For our in-service submarines, we are developing solutions for components not meeting their mean time between failure threshold. We are also looking at this from an end-to-end analysis, from design to sustainment, including lifecycle analysis and sustainment engineering.” 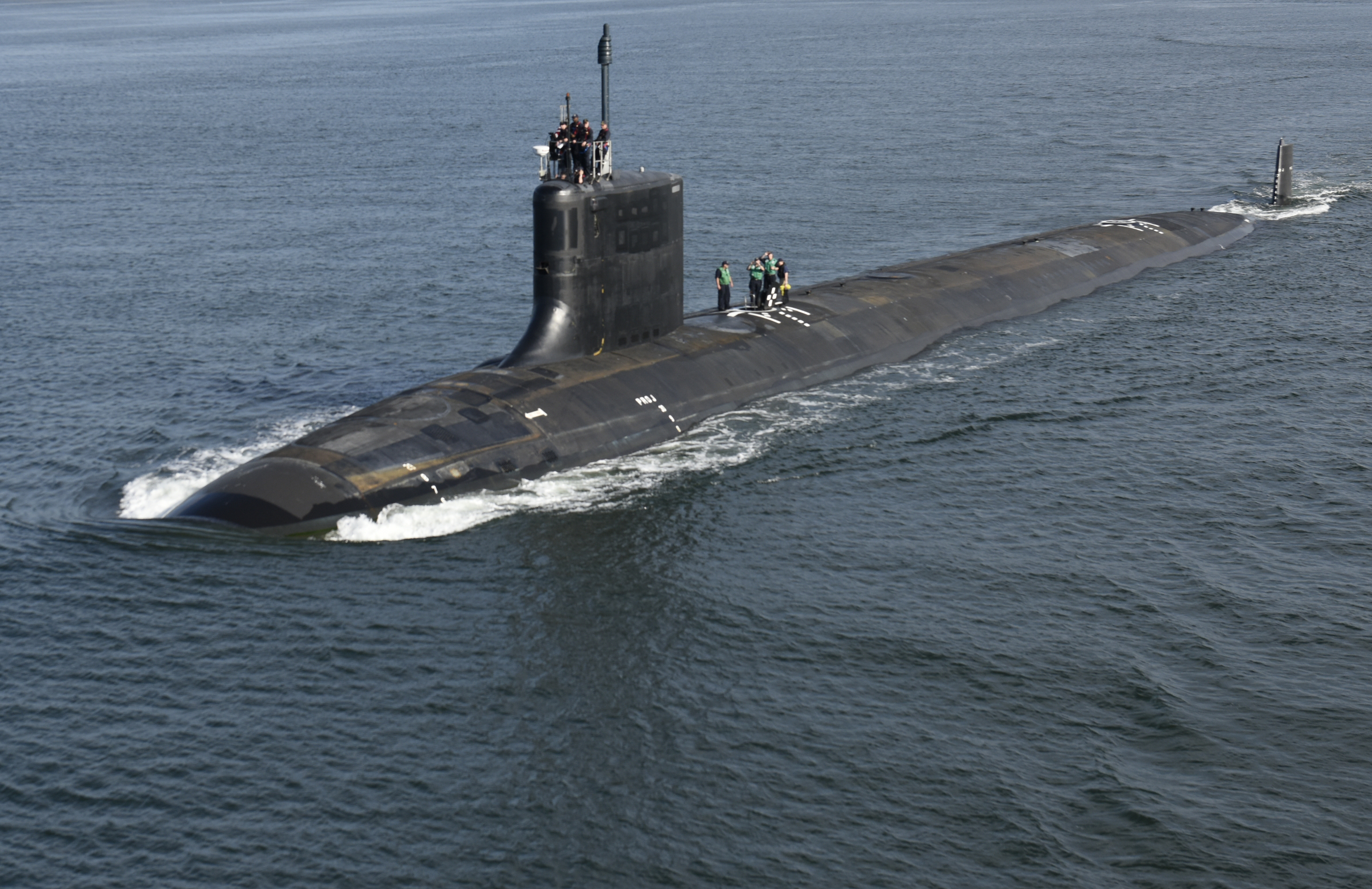 Though this type of learning may occur on all new programs, it comes at a precarious time for the submarine community: a strained industrial base, with sole-source vendors for some components, is trying to keep the Columbia program on schedule after the Navy has made clear it cannot afford any delay at all, and also trying to ramp up Virginia-class production for a future fleet that will rely more heavily on undersea warfare. Though the Navy has been tight-lipped about where vulnerabilities in the industrial base lie, and which components are now wearing out faster than planned and will require more from industry to build a greater pool of spare parts, these component failures could add risk to two programs that can’t afford it.

“The Navy and our shipbuilder team perform annual assessments of the vendor base to understand in detail the specific improvements and initiatives needed to ramp up to meet an increased demand. These studies have extensive shipbuilder and industry engagement, assessing areas such as machines, buildings and the workforce,” Anderson said.
“Based on the work already done on vendor assessments, the Navy is fully aware of the strengths and areas for improvement. The Navy is focused on partnering with both the shipbuilders and the vendor base to ensure that the required capacity is achievable as the demand continues to grow.”

As for the impact on Columbia, which is the Navy’s top acquisition priority, Anderson wrote that “the Columbia Program has and continues to proactively take into account lessons learned from the Virginia Class. This is an essential part of the Integrated Enterprise Plan (IEP), which involves working with key vendors through construction. In some instances, material issues identified on Virginia Class are being addressed via Columbia Program technology refresh efforts. Technology refresh involves proactive replacement of older equipment with newer, more supportable hardware and software. It is a proactive approach to ensure the reliability, maintainability, and availability of systems and equipment as required to meet Columbia requirements.”

Bottom line, he said during his November speech, is that the Columbia program has learned that “we’ve got to make sure that those electronic systems are well-stocked” so that component failures don’t cause maintenance and operational disruptions.