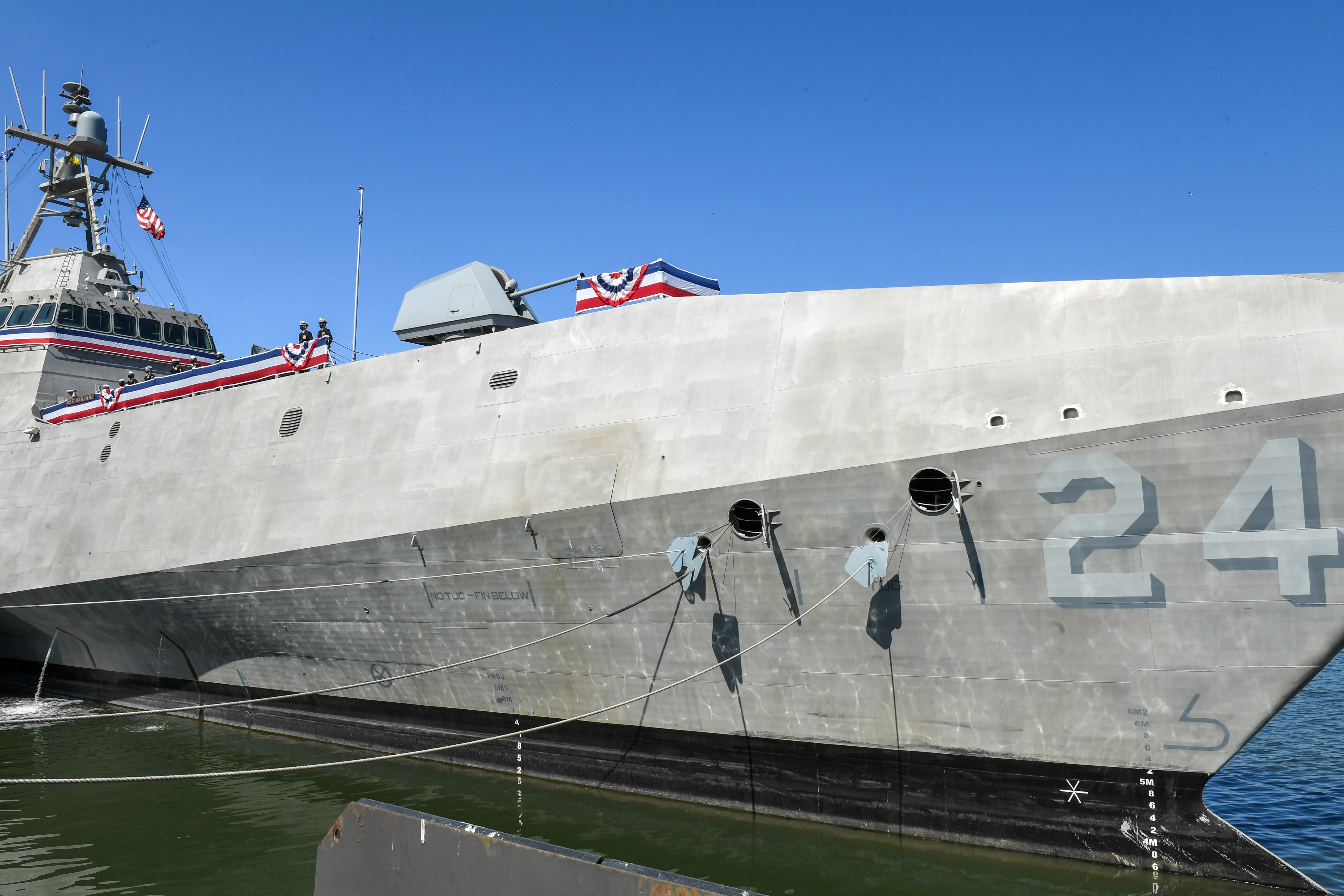 The service commissioned USS Oakland (LCS-24), an Independence-class LCS, in a virtual ceremony broadcast from the pier in Oakland, Calif., the Navy said in a news release.

“We now have a finished warship behind us that is ready to be placed into commission,” acting Navy Secretary Thomas Harker said during the ceremony, according to the release. “This ship is a marvel of engineering, which will extend our capabilities for any mission across the blue water, from shoreline to shoreline.”

“Kate Brandt, Google’s sustainability officer and the ship’s sponsor, delivered the time-honored Navy order to Oakland’s crew to ‘Man our ship and bring her to life!’,” the Navy said in the release.

The ship will be based out of Naval Base San Diego, according to the service.

“The USS Oakland crew is excited and ready to bring our ship to life and join the fleet,” Cmdr. Francisco Garza, Oakland’s commanding officer, said in separate Pentagon news release issued before the commissioning. “We are privileged to be a part of this ship and embody the spirit of the people of Oakland. As plank owners and future crew members build a positive legacy for this ship, the city of Oakland will experience those successes with us.”

Austal USA constructed Oakland at the company’s Alabama shipyard. The Navy last June announced that it had taken delivery of Oakland.