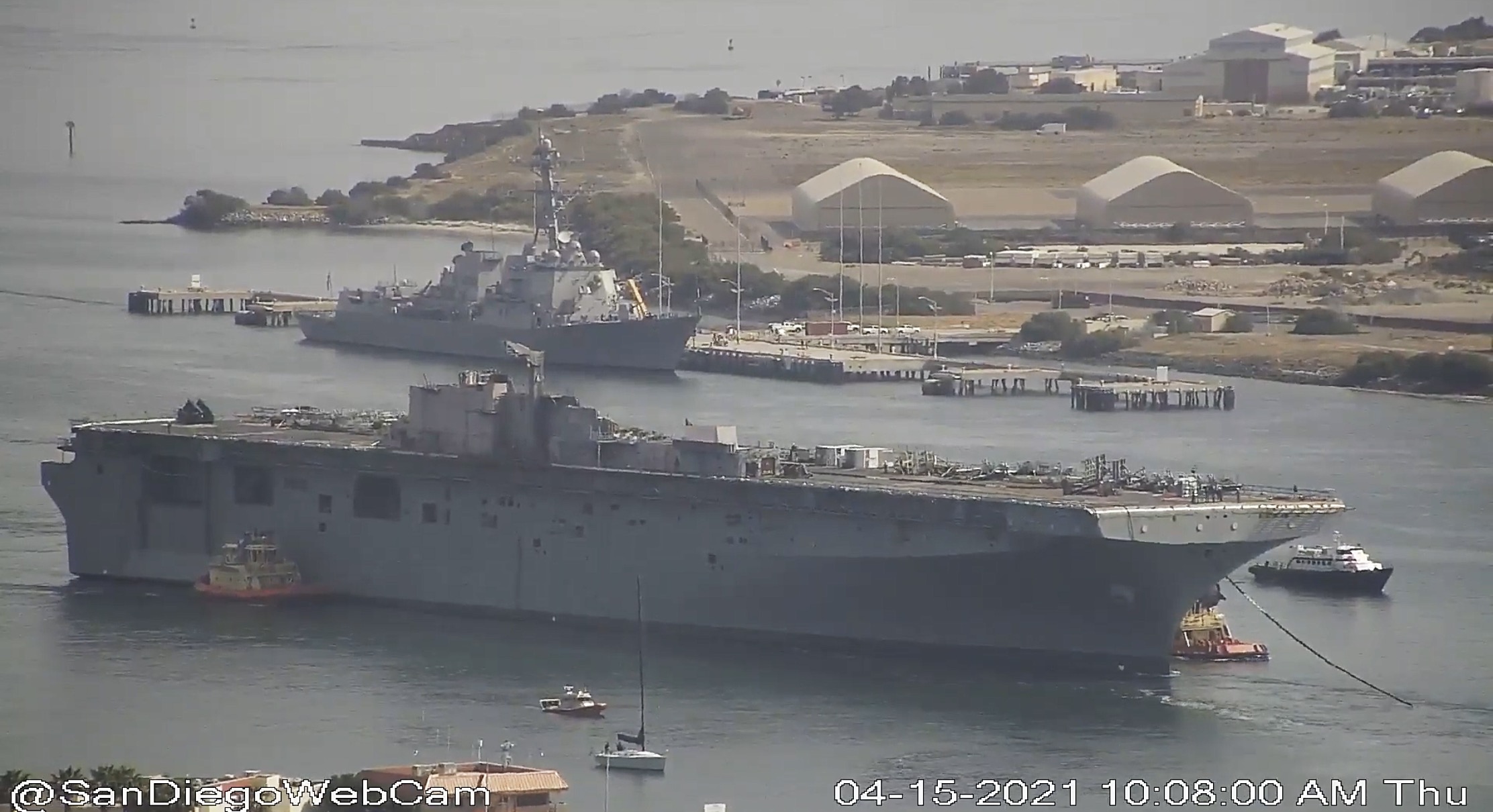 This post has been updated to correct Bonhomme Richard will transit the Panama Canal.

The hull of the former warship USS Bonhomme Richard (LHD-6) left Naval Base San Diego, Calif., under tow and bound for a Gulf Coast scrapyard on Thursday, according to harbor cameras.

The remains will now be towed from California, through the Panama Canal and to Texas, where the ship will be dismantled, USNI News understands. While there was a contract to salvage the remains of the ship, it’s unclear the status of the contract to scrap the hull.

The towing of the 22-year-old hull comes the day after the ship was formally decommissioned in a ceremony at the pier in San Diego.

The crew of the former amphibious warship has largely been reassigned throughout the fleet, with a small contingent still assigned to the ship.

The ship suffered a fire last year that burned for four days while it was undergoing a $250 million upgrade. After the fire, the Navy determined it was both cost and time prohibitive to repair the ship, and service leadership elected to scrap the hull instead.

Several investigations into the fire are ongoing.