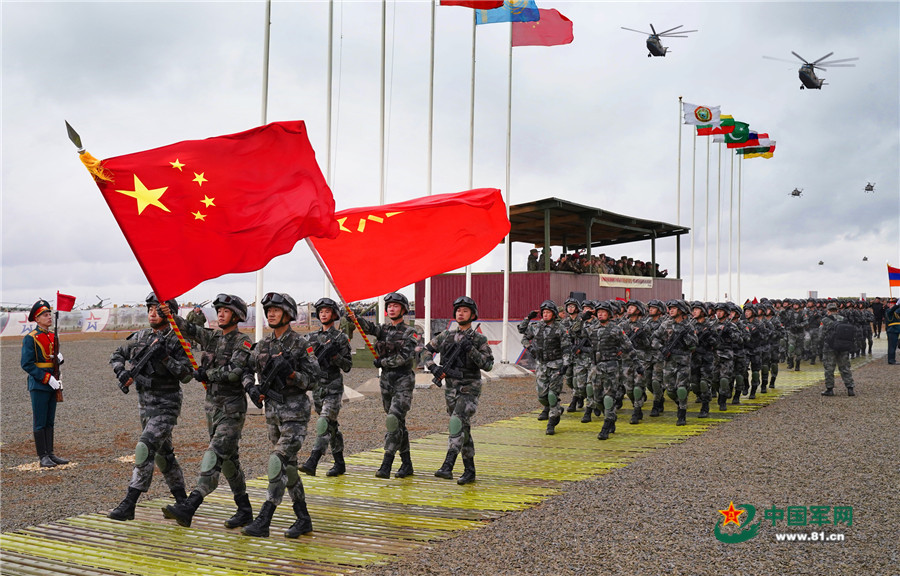 Russia massing troops on the border of Ukraine and China continuing military overflights and maritime operations near Taiwan are in part a test of the resilience of the U.S.-led web of alliances, the chief of naval operations said on Wednesday.

Speaking to a group of NATO naval officers at a maritime warfare symposium, CNO Adm. Mike Gilday gave a loose outline of how China and Russia are expanding their influence.

“In the backdrop of all this complex and dynamic environment, eager competitors have signaled their desire to challenge the free and open international order. China and Russia are testing our cohesion, and they’re doing it in today, whether it’s along the Ukrainian-Russian border or in the Taiwan Strait. They’re operating in ways that deliberately undermine our transatlantic security,” he said.

Gilday’s comments come a day after the public release of the latest annual threat assessment from the Office of the Director of National Intelligence that said leaders in Beijing and Moscow are further pushing the limits of the current international order.

“Moscow will continue to employ a variety of tactics this year meant to undermine US influence, develop new international norms and partnerships, divide Western countries and weaken Western alliances, and demonstrate Russia’s ability to shape global events as a major player in a new multipolar international order,” reads the report.
“Russia will continue to develop its military, nuclear, space, cyber, and intelligence capabilities, while actively engaging abroad and leveraging its energy resources, to advance its agenda and undermine the United States.”

In Europe, the ongoing conflict in the east of Ukraine has been exacerbated by the Russians massing forces on the border. Since shortly after the 2014 seizure of Crimea by Russian forces, there has been ongoing conflict on the Donbas region in Ukraine between Russian-backed separatists and Ukrainian forces.

“The extra forces amount to 16 battalion tactical groups, which would be up to 14,000 soldiers. In total, according to the Ukrainian presidency, Russia now has about 40,000 on the eastern border and about 40,000 in Crimea,” the BBC reported citing Ukrainian intelligence sources.

As for China, “Beijing sees increasingly competitive US-China relations as part of an epochal geopolitical shift and views Washington’s economic measures against Beijing since 2018 as part of a broader US effort to contain China’s rise,” reads the report.
China, “is increasingly combining its growing military power with its economic, technological, and diplomatic clout to preserve the CCP, secure what it views as its territory and regional preeminence, and pursue international cooperation at Washington’s expense.”

In the South China Sea, a combined force of maritime militia, China Coast Guard and People’s Liberation Army Navy ships occupied the Whitsun Reef off the coast of the Philippines since March, while PLA Air Force aircraft have continued to buzz Taiwan.

On Monday, 25 PLAAF aircraft moved through Taiwan’s air defense identification zone (ADIZ), according to military officials in Taipei – the most within the last year, according to data published by the government.

In the Atlantic, Russia has continued to keep up submarine patrols and is expanding operations in the Arctic.

To the audience of mostly NATO members, Gilday stressed the need for allied countries to continue to work together.

“We need to innovate, and we need to modernize. Early adoption of emerging and disruptive technologies, as well as the need to protect our infrastructure and technologies from strategic competitors, is absolutely critical,” Gilday said.
“Mutual capabilities and enhanced capacity will help close those seams in the Atlantic that potential adversaries could exploit. … A military conflict on the Atlantic seems unlikely. But then again, military conflicts often seem unlikely until the moment they begin. We have to be ready, and we have to think differently and challenge our own assumptions.”