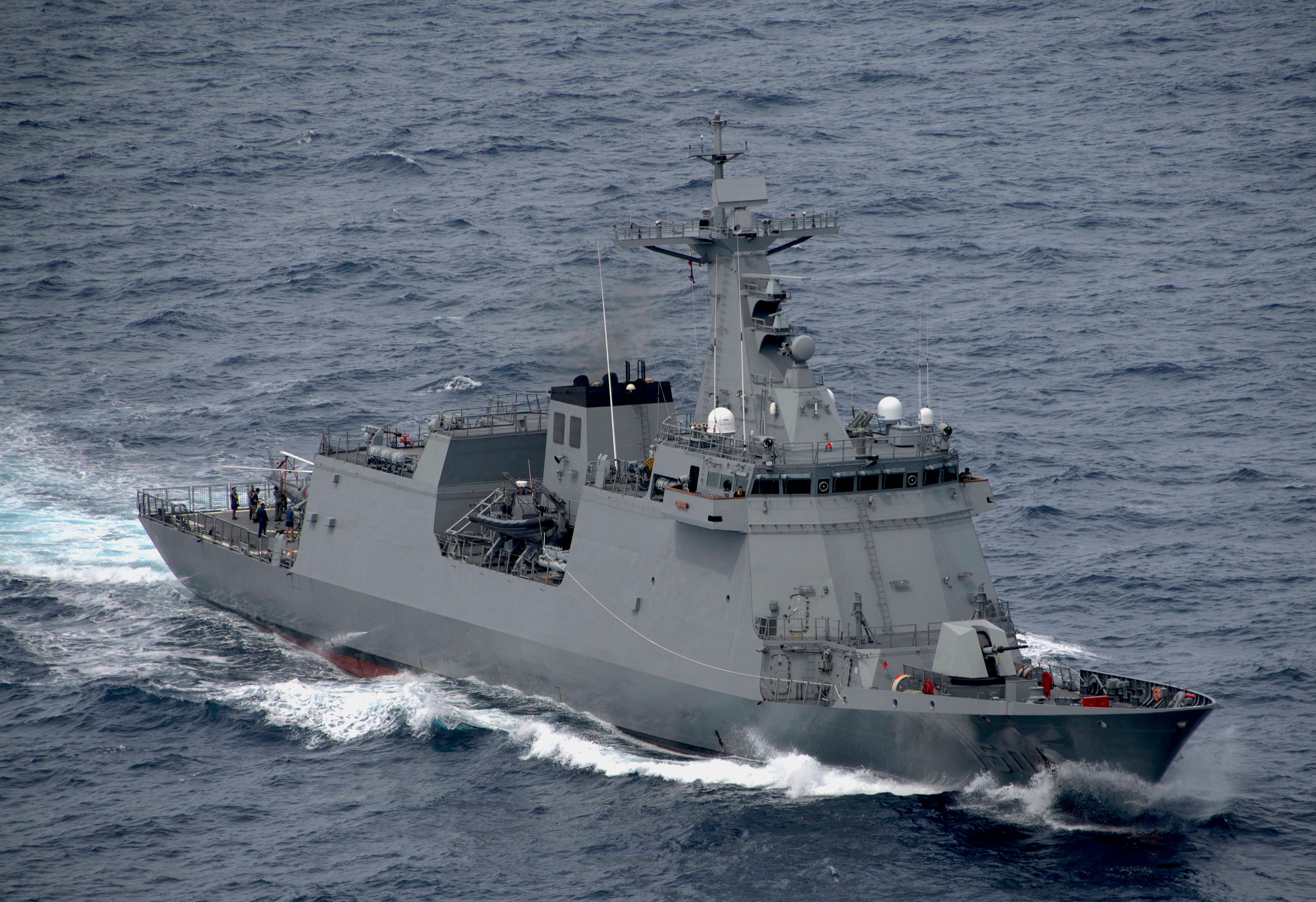 MANILA – The Philippines has sent additional ships on Tuesday to its maritime territory that is subject to China’s expansive claims in the South China Sea, officials announced on Tuesday.

The Task Force-West under the National Task Force for the West Philippine Sea deployed another Coast Guard cutter, four Navy ships and two other vessels from the Bureau of Fisheries and Aquatic Resources to the South China Sea and Kalayaan Island Group (KIG), where Whitsun Reef is located, for maritime patrol.

“These interagency efforts are very essential in the way we address the national concerns in the [South China Sea]. The ATF-West shall continue to do so to ensure that our government forces and agencies will be able to collaborate, complement and support each other in performing respective mandates in support to national policy and strategy,” Roberto said.

Hours after the announced deployment, Foreign Affairs Secretary Teodoro Locsin tweeted that only nine Chinese maritime militia vessels remained at the Whitsun Reef. The announcement followed the government’s summoning of the Chinese ambassador in Manila where Locsin lodged the government’s protest over the presence of the ships at the reef. 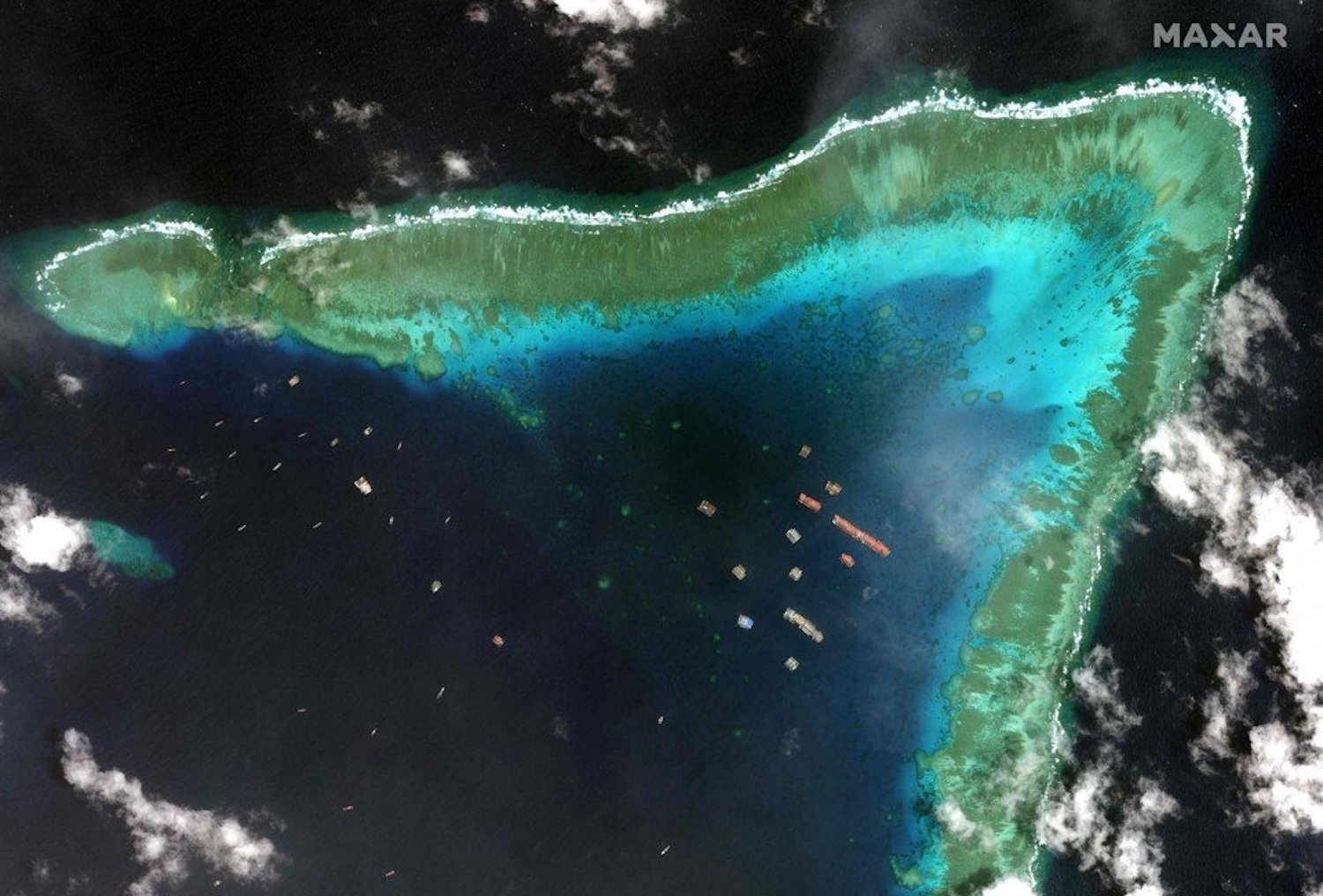 Armed Forces of the Philippine Chief of Staff General Cirilito disclosed that at least 28 Chinese ships, including from Beijing’s Coast Guard and maritime militia, remained in the South China Sea and KIG. He made the disclosure on the eve of the start of the joint U.S.-Philippine military exercises Balikatan.

Carlyle Thayer, emeritus professor with the University of New South Wales at the Australian Defence Force Academy, told USNI News the presence of Chinese militia ships at the Whitsun Reef was a ploy by China into pressuring the Philippines to make a choice between China and the U.S.

The situation at Whitsun Reef was also crafted to disrupt the U.S.-Philippine or regional alliance and show to the Philippine government that the U.S. has “no strategy to alter the status quo.” The presence of the Chinese ships in the region is meant to show Beijing’s dominance and presence in the South China Sea. Thayer said in his virtual presentation before journalists working for foreign news agencies that an assertive China has become the U.S.’s greatest competitor, given its potential capability of combining “economic, diplomatic, military and technological power” to mount against American-led “international system.”

He said the U.S.’s military advantage over Beijing has decreased as the People’s Liberation Army fields much-improved assets and weaponry, noting that the greatest danger for the U.S. is its “erosion of combat-credible conventional deterrence.”

“Without credible conventional deterrence, China will be emboldened to undermine international order and our values for free and open Indo-Pacific,” Thayer said.

He sees the military balance in the Indo-Pacific as becoming more “unfavorable to the U.S.,” which raises the risk of Beijing being emboldened to alter the status quo over Taiwan and the South China Sea, even though the U.S. sustains its freedom of navigation operations and naval presence in the Indo-Pacific region.