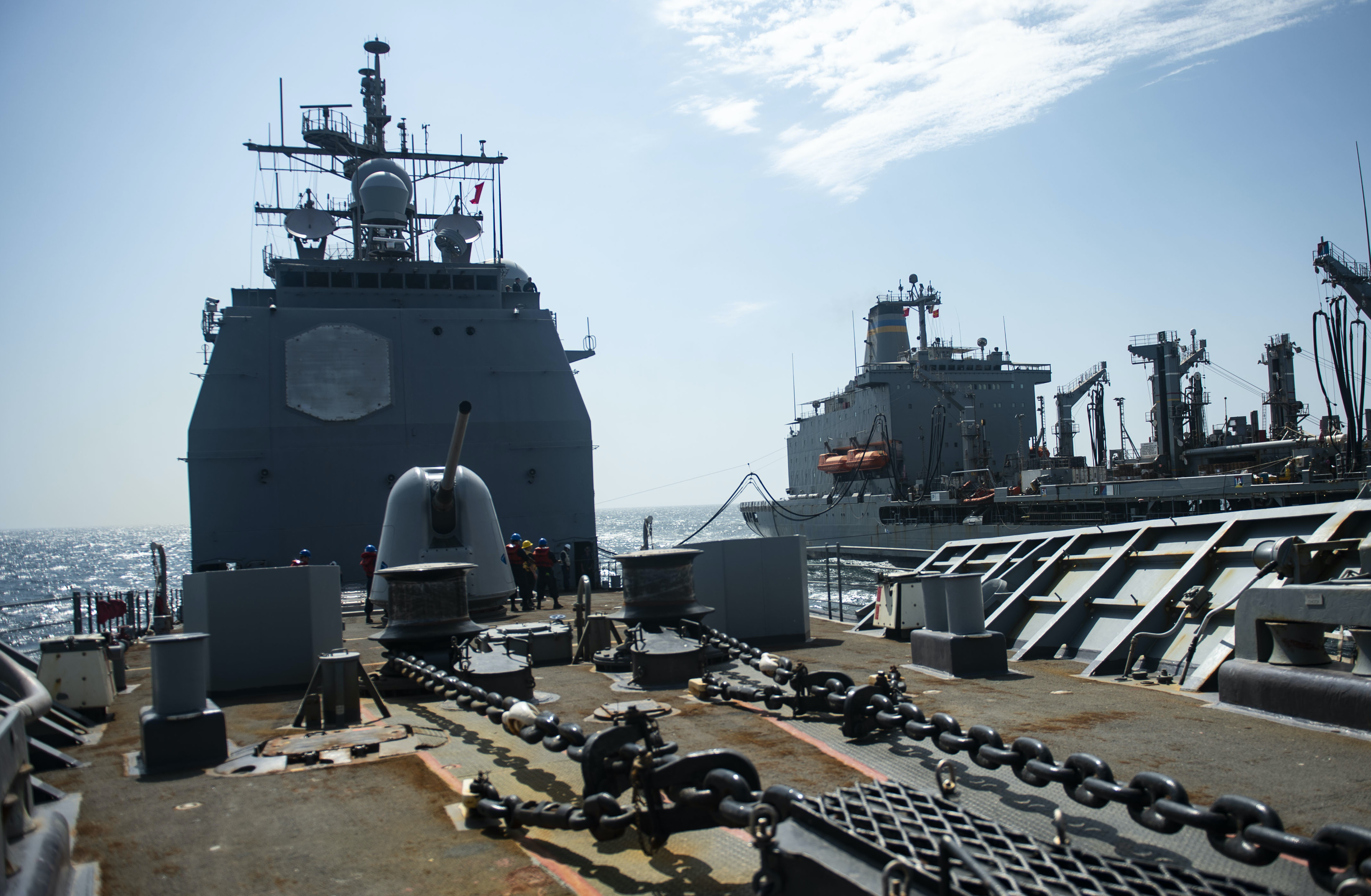 A new set of mechanical issues are extending repairs on an almost 30-year-old guided-missile cruiser that has been sidelined since February, USNI News learned on Monday.

The crew of USS Vella Gulf (CG-72) discovered significant debris in the lube oil system of the cruiser’s main reduction gear, an issue that will require more time at the pier and likely see the cruiser remain at Naval Station Norfolk, Va., for at least two more weeks, USNI News understands.

In a Monday afternoon statement, U.S. 2nd Fleet did not offer a timeline for the repairs.

“During pre-underway checks, crewmembers discovered debris in a main reduction gear lube oil strainer. Technical representatives are onboard the ship to diagnose the issue and determine a way forward. We do not have an estimated time to repair at this time,” Lt. Marycate Walsh said in the statement.
“Throughout this delay in deployment, leadership has been keenly aware of all repair efforts, as well as the health and welfare of the crew. The ship remains in a deployed status and is maintaining a COVID-free bubble while repairs are ongoing. “

Though the cruiser is based in Norfolk, the crew has been kept aboard the ship to maintain the COVID-19 protection bubble.

“Ship and fleet leaders have been working hard to provide the crew opportunities for rest and relaxation. Some actions already taken include expansion of liberties (civilian clothes after hours) during off-duty time, fitness on the pier, several morale, welfare, and recreation (MWR) sponsored food and fitness events, and care-package drop-off days for families,” Walsh said.

Vella Gulf deployed as part of the Eisenhower Carrier Strike Group in February, but quickly returned to port to repair a leaking fuel tank on Feb. 26. The ship departed on a brief underway to test the fix last month but returned for additional repairs.